Clayton Matchee was charged with second-degree murder and torture in connection with the 1993 death of Somali national Shidane Abukar Arone, 16. His wife says if it wasn't for an antimalarial drug, none of it would have ever happened.

The pictures are haunting: A Canadian Airborne soldier holds a wounded Somali teenager at gunpoint. The teen is bloodied and beaten. He died soon after the pictures were taken.

Those photos and the killing of that teen were central to one the darkest chapters in Canada's military history, known as the Somalia Affair.

But Clayton Matchee's wife said the man in those photos — later charged with second-degree murder and one who suffered permanent brain damage after trying to take his own life — was not the man she married.

He was not the man she knew before he deployed to the African country on a United Nations peacekeeping mission.

"He loved life, he was a hunter, he was a good dad. He was a crazy person and fun to be around. He changed dramatically before he went to Somalia," Marj Matchee said during an interview at her home in Meadow Lake, Sask.

Marj Matchee said the antimalarial drug mefloquine — given to all soldiers who went to Somalia in 1992 — drove her husband "to madness" and was a factor in Shidane Abukar Arone's torture and the subsequent scandal that followed.

She is now asking the federal government to reopen the inquiry into the Somalia mission.

"Twenty-five years later, I still think of Shidane Abukar. I still think that that kid could have had a life," Marj said. "I know that had it not been for mefloquine being ordered to be taken by soldiers … this would have never happened, ever." 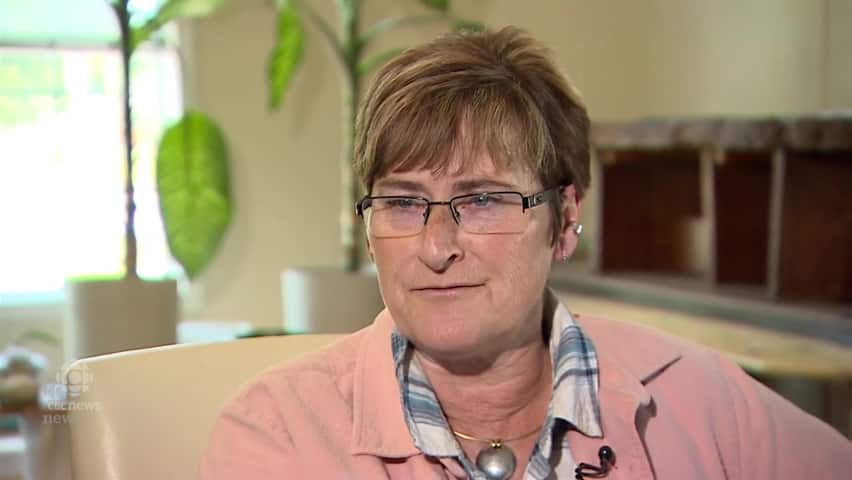 3 years ago
2:26
The wife of a disgraced Canadian soldier who was implicated in the murder of a Somali teen more than two decades ago hopes her husband's case is reopened. 2:26

Clayton was charged with second-degree murder and torture in connection with the 1993 death of the 16-year-old Shidane Abukar Arone, who was accused of trying to break into the Canadian Forces compound as a looter.

More than a decade later, those charges were dropped after it was determined Clayton was unfit to stand trial.

But the fallout from those charges was far-reaching.

The Somalia mission ended in scandal after Arone's death was made public. The Canadian Airborne regiment was disbanded and charges laid against Master Cpl. Matchee, as well as Pte. Kyle Brown.

At an inquiry that followed, questions were raised about whether mefloquine may have played a role in the soldiers' violent crimes. But the inquiry wrapped up before those questions were answered.

Clayton now spends most of his time in a veterans' hospital or with his parents; he requires round-the-clock care. He tried to hang himself in his cell just days after being charged and was left with severe brain damage.

Even though it has been 25 years, Marj said she hasn't given up her fight to clear her husband's name. While she said she understands the gravity of his crime, she believes he was not in his right mind because of the mefloquine.

Marj and other advocates will march on Parliament Hill on Sept. 19, calling for a reopening of the inquiry.

"Take another look at him again," she said. "Understand that as angry as you may be right now at him, you don't know the facts."

Marj also wants the government to look at mefloquine's use countrywide, as it is available to the public. The drug has been associated with psychiatric and physical side-effects, ranging from anxiety and insomnia, to vivid nightmares and hallucinations.

Conservative MP Cathay Wagantall would also like to see a re-examination of what happened in Somalia as it relates to the use of mefloquine.

Last year, the standing committee on veterans affairs held a two-week hearing in which Wagantall and other MPs heard from a handful of veterans who said they were adversely affected by taking mefloquine.

This spring, the government announced that mefloquine would now only be used in the Canadian Armed Forces as a drug of last resort. That announcement came after two government reports concluded there is no conclusive evidence the drug causes permanent, adverse neurological or psychiatric events.

Wagantall said the fact the drug is no longer a first option to fight malaria is a start, but she said other countries have gone further. Germany, for example, has banned the use of the drug entirely.

Wagantall said she hopes the Liberal government will do the same. "The whole situation needs to be reviewed — why this man Clayton Matchee was doing what he was doing?"

Most of all, Marj Matchee said she wants people to understand what happened in Somalia. She doesn't want her family name to be associated with one of the worst chapters in Canada's military history.

"For our daughter, and our grandchildren after, and our legacy, I would like the truth to be told," she said.

If she is successful in getting the inquiry reopened, she said Clayton will be the first to know.

"I'm going to tell him that the world knows how this thing happened, why he changed."

Charles Hamilton is a reporter with CBC Saskatoon.