The tragic deaths of the Van de Vorsts, a Saskatoon family of four, have renewed calls for tougher drunk driving legislation and liquor licence enforcement in Saskatchewan.

The tragic deaths of a Saskatoon family of four, and the sentencing of the woman behind the wheel of the car that killed them, have renewed calls for tougher drunk driving legislation in Saskatchewan.

Catherine McKay, 49, had three times the legal limit of alcohol in her blood when she failed to halt at a stop sign at Wanuskewin Road and Highway 11 on January 3.

Her Jeep Wrangler SUV slammed into a Hyundai Elantra carrying the Van de Vorst family in a collision so intense it pushed their vehicles 30 metres away from the point of impact.

Chanda and Jordan Van de Vorst were pronounced dead at the scene. Their two children,  Miguire, 2, and Kamryn, 5, both died later in hospital.

Details of McKay's drinking in the hours leading up to the crash were revealed at Saskatoon Provincial Court on Wednesday, when the former executive director of the Saskatoon Sports Council was sentenced to 10 years in prison.

A fateful decision to drive

McKay started drinking wine at home while cooking dinner and then went out to a bar. Employees there said it appeared she was intoxicated and slurring her words.

She then drove to another bar to sing karaoke. Court heard that McKay appeared to be stumbling at the time she left the second bar around 12:05 a.m. CST.

After the sentencing, Louis van de Vorst questioned why there were not harsher penalties for drunk driving in Saskatchewan.

"I was hoping that the judge would say '10 years is not quite enough.' I was hoping for at least 12," Van de Vorst said, adding the judge had a chance to set a precedent for penalizing drunk drivers in Saskatchewan.

Robert Solomon is the national director of legal policy for Mothers Against Drunk Driving Canada, which provides support for victims and survivors of drunk driving crashes.

The University of Western Ontario law professor told CBC Radio's Blue Sky on Thursday that there were a number of legislative changes that could be introduced to discourage drunk driving in Saskatchewan.

He said the province should raise its youngest allowable driving age from 15 to 16 and introduce a blood-alcohol limit of zero for drivers under 20 or 21. 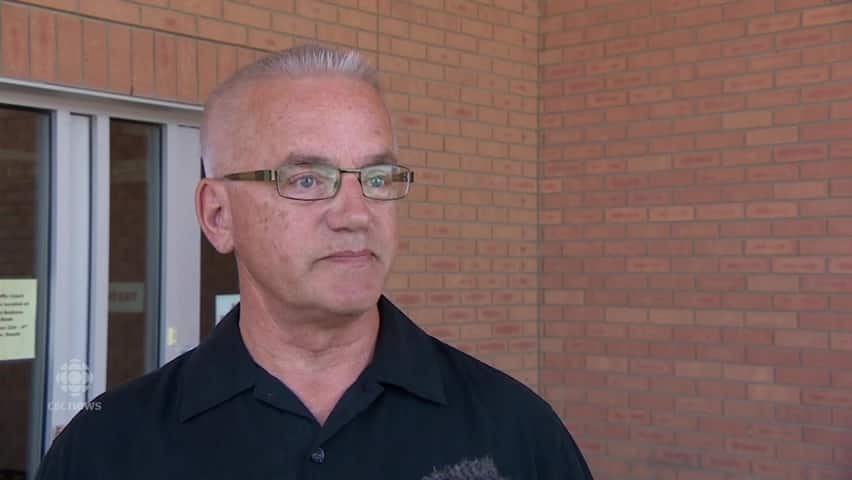 Solomon also said the province should strengthen its licence suspension program by introducing roadside vehicle impoundment, which he said had been successful in B.C. and Alberta. Police should be able to ask for a breath sample without needing evidence to suspect the person has been drinking, he added.

However, he said bars and drinking establishments should also be subject to stricter enforcement of their liquor licenses, which require that they do not serve alcohol to people who are already intoxicated.

"Now I can't tell how long McKay was in these bars, whether she was served, but it's disappointing that no one in the bar thought about the implications of allowing her to stumble out of their bar, drunk," said Solomon.

Under Saskatchewan Liquor and Gaming Authority rules, bar staff undergo mandatory training to recognize and deal with people who are drinking and potentially driving.

SLGA is phasing in a program over the next three years, requiring all staff who serve liquor to take a test.

A spokesman said it covers techniques on how to prevent people from becoming intoxicated, as well as other common issues.