Brydon Whitstone's father hopes RCMP dashcam footage and witnesses will help flesh out what led an officer to fatally shoot his son.

Saskatchewan's Office of the Chief Coroner will hold a public inquest this winter into the death of a 22-year-old Onion Lake Cree Nation man who was shot dead by an RCMP officer.

The family of Brydon Whitstone, who died in North Battleford in October 2017, says the coroner's office flagged the inquest earlier this month.

The week-long inquiry is scheduled to start in the Battleford Court of Queen's Bench in early December and comes after months of waiting from Whitstone's family.

"I need closure. I need to know the truth. I've got so many questions," said Whitstone's mother, Dorothy Laboucane.

Brydon Whitstone was fatally wounded after leading RCMP officers in North Battleford on a brief police chase on the night of October 21, 2017.

The RCMP has released few details about what led the officer to shoot, except to say it was "in response" to Whitstone's actions.

Whitstone's father, Albert Whitstone, said he hopes witness testimony during the inquest and RCMP vehicle dashcam footage will flesh out what happened.

He also wants to know why it took so long to take his son to the hospital after he was shot.

The RCMP has said it received a complaint at about 8:55 p.m. CST that night about people shooting at a man from a vehicle. That complaint — later tied to a different suspect — led to the chase between Whitstone and the RCMP.

Forty-five minutes later, at 9:40 p.m., Whitstone was pronounced dead while still en-route to the hospital.

"It's only a five-minute drive," said Albert of the trip from the intersection where Whitstone was shot to Battlefords Union Hospital.

Hoping for 'lots' of witnesses

The inquiry will also test the account of that night given by Amanda Wahobin, Whitstone's girlfriend at the time and the front passenger of the SUV in which Whitstone was shot.

Wahobin told CBC News that while Whitstone had no gun on him, he did ignore RCMP officers' orders to get out of the car, and that he pretended to reach for something before being shot twice.

She said Whitstone had voiced suicidal thoughts before that night and that she felt it was suicide by cop. 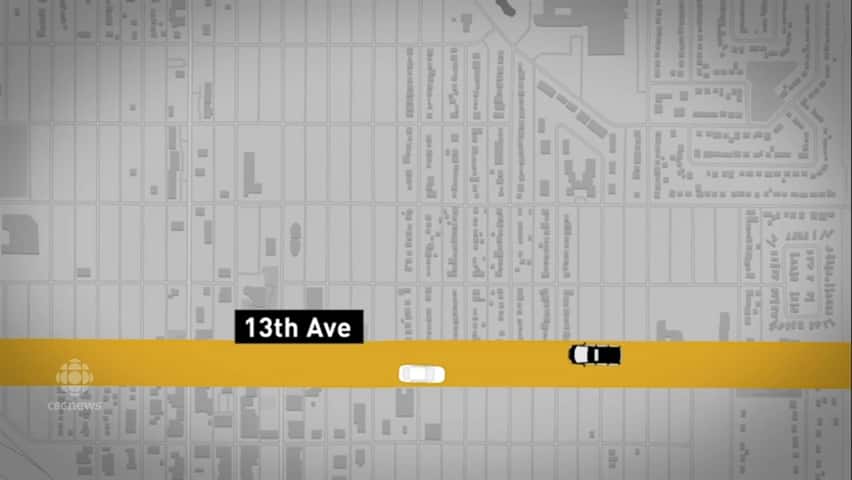 "He wouldn't stop": What Wahobin says led to the shooting

Both Albert and Dorothy Laboucane have strongly hit back at that notion.

"Maybe some truth will come out," said Albert. "[We'll] hear from witnesses, hopefully — lots of them."

Bullet to chest killed him: mother

Coroner's inquests are typically held when a person dies in police custody or in jail, but they may also be called in when a "sudden, unexpected or unnatural death" happens, according to The Coroners Act.

Six jury members, three of them Indigenous, will listen during the inquest and rule on how Whitstone died.

The coroner's office has discussed Whitstone's autopsy results with a member of the family.

"The bullet that hit the centre of his chest is what killed him," Laboucane said at the time.

The jury members may also make recommendations to agencies such as the RCMP on how to prevent deaths like Whitstone's in the future.

"The inquest is fact finding, not fault finding, and is not a civil or criminal proceeding," according to the coroner's office web page.

A spokesperson for the police force previously told CBC News the results of the investigation would only be disclosed publicly during either a criminal court case or a coroner's inquest.

Albert said he wants to hear testimony from the investigators during the inquest, as well as the officer who fired on his son.

He has a photo of Brydon hanging over his bed.

"I'm not taking it off until everything's all cleared out," he said of the inquest.