'It's getting out of hand': FSIN chief calls for tougher hate speech laws

The memory of Red Pheasant First Nation man Colten Boushie is motivating one of Canada's top First Nations leaders to step up the fight against online hate speech.

Federation of Sovereign Indigenous Nations Chief Bobby Cameron says he'll continue to press federal Justice Minister Jody Wilson-Raybould on the topic this week. Wilson-Raybould and other federal ministers are joining more than 1,300 chiefs, councillors and other delegates at the Assembly of First Nations meetings in Regina.

Racist Facebook posts following Boushie's death nearly one year ago are a prominent example of hate speech, but Indigenous people everywhere are being targeted online with disturbing regularity, Cameron said.

Boushie was fatally shot last August and a Battlefords, Sask.-area farmer has been committed to stand trial for murder.

"It's getting out of hand. Our people deserve to feel accepted and not feel that their lives are in danger," Cameron said.

Cameron and others say hate crime laws must be strengthened to prevent these online attacks. He'd like to see action immediately, but knows it can take time.

"It may not happen right away," Cameron said. "But I feel pretty good that it is going to happen eventually."

One Assembly of First Nations resolution calls for delegates to support a petition started by Boushie's family.

The Boushie family is calling for an out-of-province prosecutor to be brought in. They say the investigation and prosecution has been flawed, and they don't trust the Saskatchewan justice system.

"This is the only way to satisfy the public interest of getting at the truth," reads the petition, which has garnered more than 1,200 signatures.

Assembly of First Nations Chief Perry Bellegarde said it's important to support the Boushie family in their grief. He said the case has reinforced some of the fears of racism in the general public and in the justice system.

An RCMP official said they "are aware that a petition has been started" but had no further comment.

A Saskatchewan Ministry of Justice official emailed a statement saying the current prosecution team will do a sufficient job.

"It is a prosecutor's duty to prosecute all cases based on their merit under the Criminal Code of Canada. We are confident that counsel assigned to this case will do so appropriately."

Cameron, who also serves as an Assembly of First Nations regional chief, said the resolution should pass easily. Both the FSIN an AFN have expressed support for the petition already on Twitter. 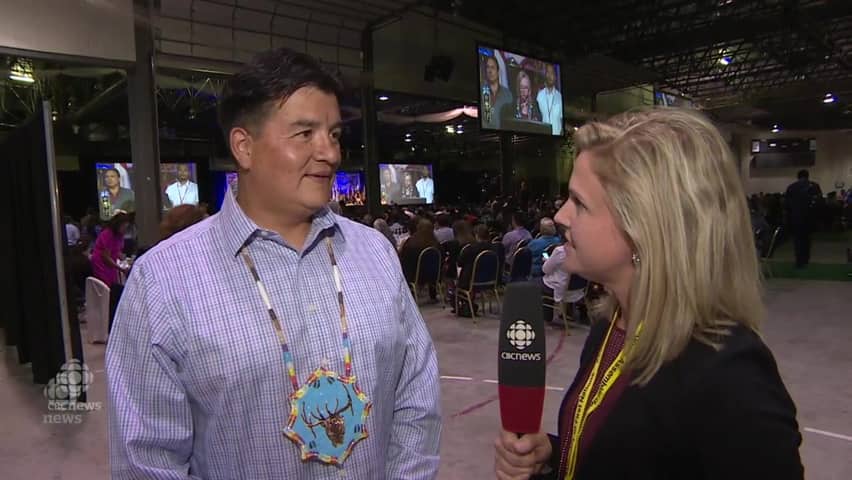