The prime minister had breakfast with cadets at the RCMP Academy. 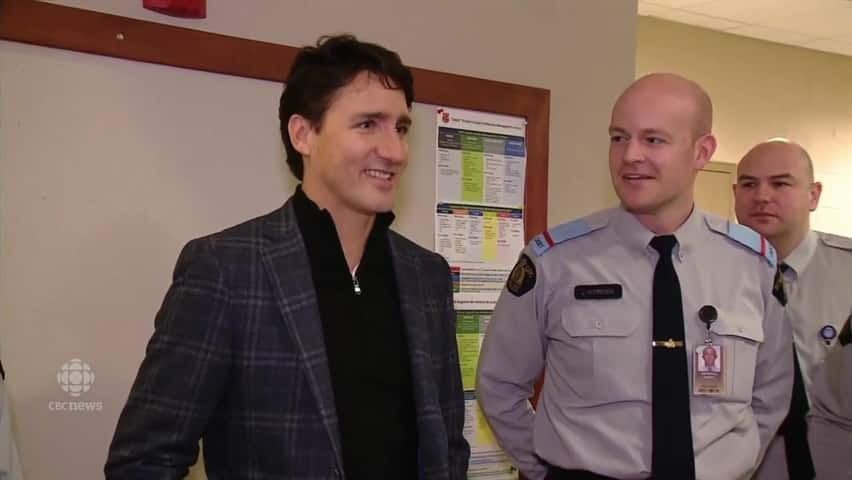 He then met Regina Mayor Michael Fougere at Nicky's Cafe to talk about federal infrastructure help. 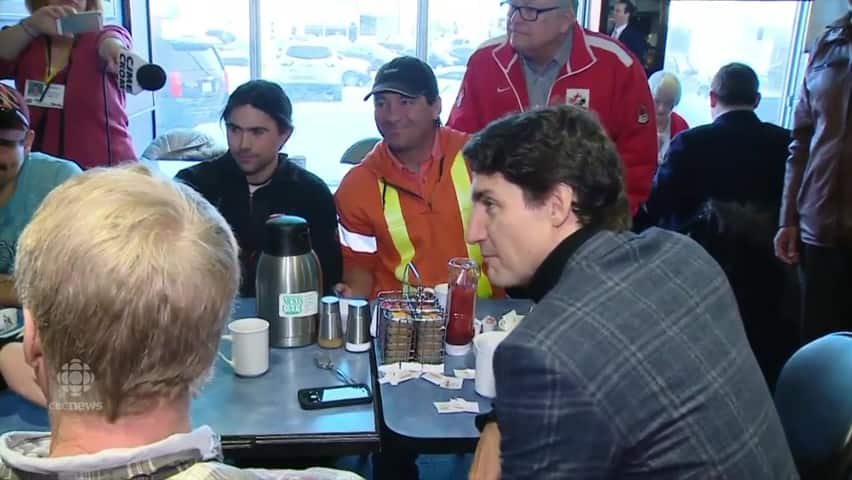 Trudeau talks about people who disagree with him

4 years agoVideo
1:35
The Prime Minister visited a diner in Regina 1:35

His final stop in the Queen City was the University of Regina to meet with students before travelling to Winnipeg, where he will visit a school and hold a town hall meeting.

Leslie Lopez a 3rd year student from Mexico says it was "awesome" to meet the Prime Minister. <a href="https://t.co/X38vxh2FF0">pic.twitter.com/X38vxh2FF0</a>

Last night in Saskatoon, Trudeau answered questions during a 90-minute town hall at the University of Saskatchewan. The topics at the event ranged from carbon taxes to foreign aid.

Trudeau raised some eyebrows during one of his responses during the meeting.

"I've spoken with a number of chiefs who said, 'You know, we need a youth centre ... You know, we need TVs and lounges and sofas so they can hang around.' And when a chief says that to me, I pretty much know they haven't actually talked to their young people," Trudeau told the audience in his response to Thomas.

Thomas said Trudeau is needlessly dredging up old stereotypes and many First Nations people are losing confidence in his promises.

Trudeau also spoke with Saskatoon Mayor Charlie Clark and city councillors on Wednesday. The meeting came days after the annual big city mayor's caucus wrapped up in Ottawa with a wide-ranging meeting with Trudeau.

Clark told CBC last week that the mayors' frank discussion covered everything from the fentanyl crisis to infrastructure spending.