A cheer erupted in the Regina airport arrivals area as Syrian refugee Abdulnaser Alkhatib, 32, rushed into the arms of his frail mother, Fatema Abosalooa, who hadn't seen her son in years. A Regina family grieving the death of their son donated money in his memory to privately sponsor the family.

The family of Jeremy Campbell, who died in Japan, helped raise money to reunite Syrian family 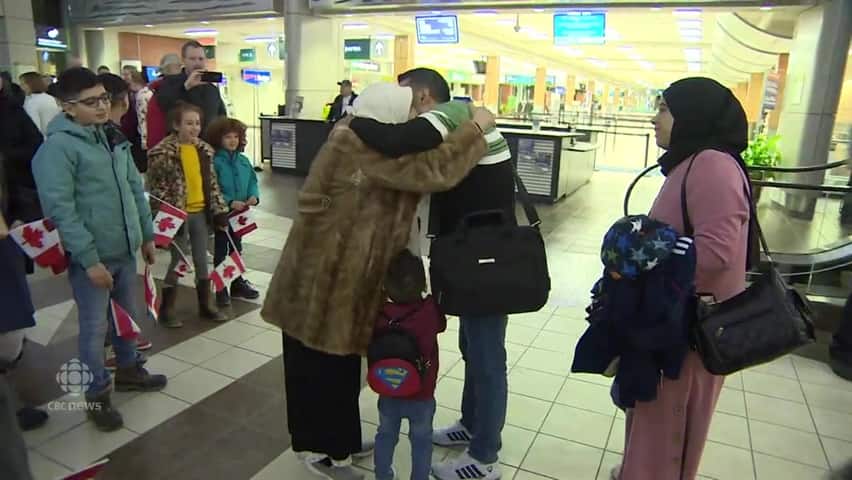 1 year ago
0:38
Syrian refugee Abdulnaser Alkhatib and his wife and two children were reunited with family they have not seen in nearly four years. Most of the Alkhatib has been in the city since 2016 -- having arrived as government-sponsored refugees. The reunion was made possible in the wake of a Regina man's death. Jeremy Campbell's family raised $23,000 in his memory to privately sponsor the Syrian family after Campbell died while travelling in Japan last year. 0:38

A cheer erupted in the Regina airport arrivals area as Syrian refugee Abdulnaser Alkhatib, 32, rushed into the arms of his frail mother, Fatema Abosalooa.

She hadn't seen her youngest son in nearly four years.

Abdulnaser, his wife and his two children reunited with their family in Regina on Wednesday night. They were left behind in Jordan in early 2016 when most of his family settled in Canada as government-sponsored refugees.

He joins his mother, two sisters, two brothers, and their spouses and children.

At the airport, the family of a Regina man — Jeremy Campbell — witnessed the reunion with both tears of joy and sadness.

After he died last year, they channelled their grief into generosity to make this moment happen. 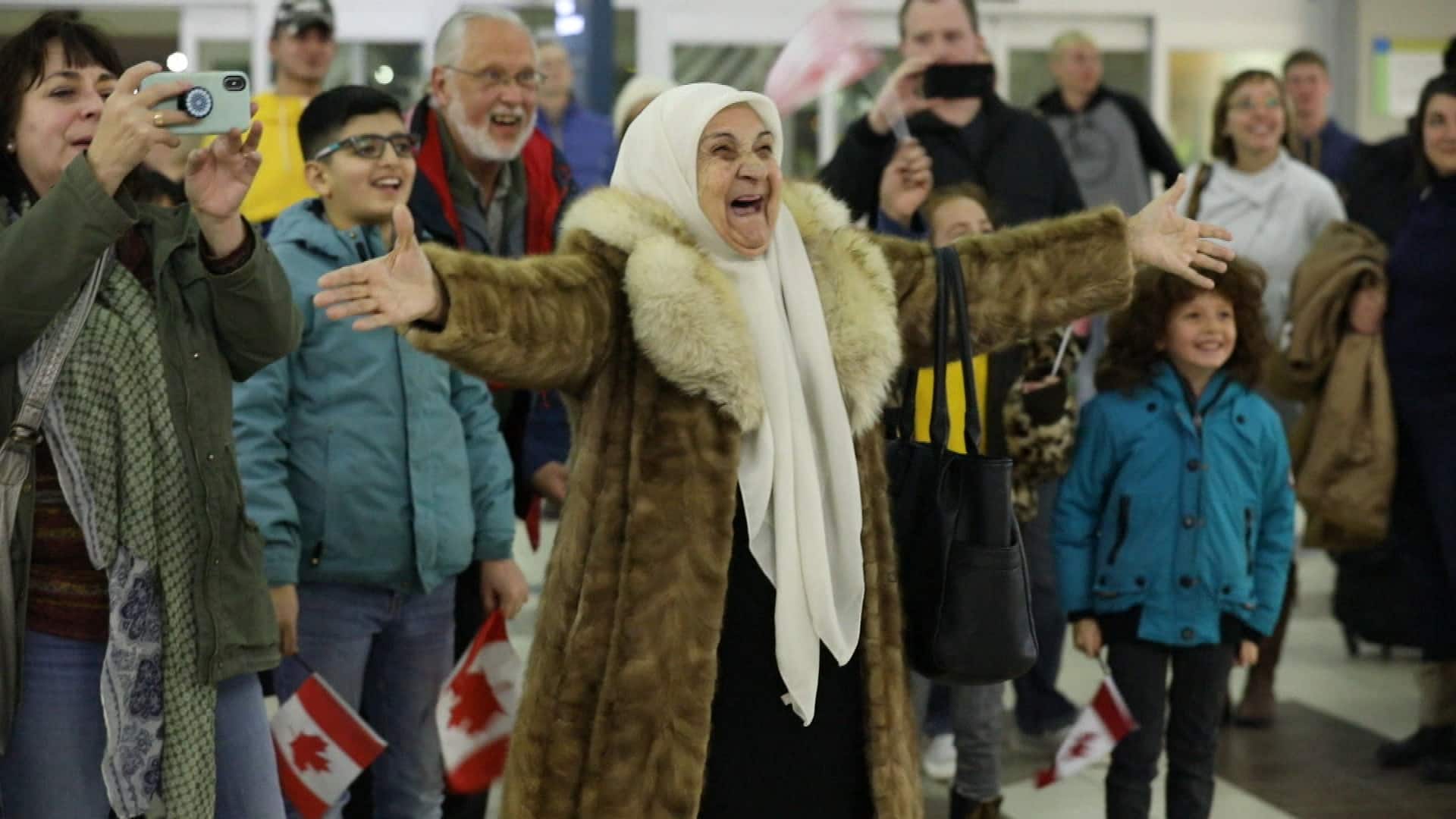 1 year ago
2:10
Stephanie Campbell says a conversation with a friend prompted her to help unite a Syrian family 2:10

"I know that my brother would be proud," Stephanie Campbell said.

Jeremy, 25, was an adventurous spirit who travelled the world. He died in July 2018 while visiting a hot spring in northern Japan. He slipped, hit his head and drowned.

Friends offered to donate money to transport Jeremy's body back to Canada for a burial, but the Campbell family decided to raise money to privately sponsor a Syrian refugee family in his memory.

"My brother loved humanity. He loved travel. He really cared about people. It didn't matter your background, he wanted to know your story," Stephanie said during an interview at her home earlier this week.

Both of Jeremy's older siblings, Stephanie and Zach, said reuniting a family and giving them a chance at a new life was a "fitting" way to honour him.

A brother left behind

In 2013, the Syrian civil war forced the Alkhatib family to flee its home in the southern Daraa province.

They crossed over into Jordan and then scattered, either settling in the Zaatari refugee camp or searching for work in various cities.

In early 2016, 13 of them moved to Regina — including two brothers and their families, their sister and their mother— among the first 25,000 Syrian refugees to be admitted to Canada through government sponsorship.

Our Savior's Lutheran church in Regina privately sponsored another sister, Lourdi, and her husband and three children in 2017.

But one sibling was left behind. The baby of the family, Abdulnaser.

"All the family is here, except him...That's a hard time for him to be alone there in Jordan," Qussai said, during an interview at his mother's home in Regina earlier this week.

Qussai says his mother has often cried for her son. She suffered a heart attack last year.

In early 2018, six churches in Regina banded together to form a refugee committee to sponsor Abdulnaser, but the group needed $36,000 and hadn't raised any money yet.

Then, it got a phone call from Jeremy's family.

The family raised $23,453 on GoFundMe within a couple of months.

The Lutheran churches raised the rest of the money and started the sponsorship process through the Canadian Lutheran World Relief program.

"It's a privilege and a joy," said Meredith Cherland, head of the Regina Lutheran Refugee Committee.

Jeremy's sister, Stephanie, and his mother, Shelley Rankin, joined the settlement committee and helped fill the rental home with furniture, food and clothing.

His mother even hung warm sweaters in the closet in case Abdulnaser's wife, Hiam, got cold.

At the airport Wednesday night, Jeremy's mother and Abdulnaser's mother clung to each other. They don't speak the same language, but they understand each other.

She wiped away tears, and smiled as she watched the young Syrian cousins wave Canadian flags and meet for the first time.

"So much happiness. It's beautiful. Really overwhelming, but I'm so happy that they're all reunited again," she said.

"I think you can just feel [Jeremy's] spirit everywhere. He would be so happy to know that this is what has come of something so tragic."

Abdulnaser's older brother, Qussai, translates for him. He says he doesn't have the words to describe how he felt when he saw his mother again, but he's "very happy" to join his family.

Qussai adds, "Thank you for everybody who help us to bring my brother here."