A new exhibition of Indigenous archival photographs in Swift Current, Sask., aims to identify the people and stories behind the pictures.

A new exhibition of Indigenous archival photographs in Swift Current, Sask., aims to identify the people and stories behind the pictures.

Paul Seesequasis, a Plains Cree writer and cultural activist, is curating an exhibition called Turning the Lens: Indigenous Archive Project at the Art Gallery of Swift Current in southwest Saskatchewan.

He has been collecting archival images of everyday life among First Nations, Métis and Inuit communities for more than five years. Seesequasis has shared many these photos through social media.

As more Indigenous people saw the photos and responded, Seesequasis was able to identify many people in the pictures, along with the stories and locations that go along with the images.

Now, Seesequasis is bringing more photographs back to their communities by displaying them through a gallery tour.

"For me it's a process of visual reclamation," said Seesequasis.

"It really [takes] an archival photo that's sitting in a museum or library, for instance, and brings that photo back to life."

Swift Current is the second stop in the Turning the Lens tour. It was previously in Nelson, B.C.

'An important and sacred place'

As the exhibition moves from city to city, it features archival photographs unique to the region it is shown in.

Seesequasis said the photos from Nekaneet are unique because it was the only nation from that area that refused to move further north when other bands were forced out of the Cypress Hills in 1882.

"The southwest has always been an important region, particularly for the Plains Cree and Métis. It was a bison hunting area. The Cypress Hills have always had an important and sacred place within Indigenous culture in this province," he said. "So it's an area where there's an absence and almost a forgotten history."

To prepare for the Swift Current stop, Seesequasis researched archival photos and collaborated with museums, historical societies and libraries.

"What I hope [this exhibition] does for people in the region is reaffirm the Indigenous presence of southwest Saskatchewan and do it in a way that it's a visual record," he said. "So they can see the people who live there. So that they can see the resilience ... they can see their humanity."

Seesequasis said Turning the Lens can help the healing process within Indigenous communities dealing with residential school trauma, poverty and many other hardships.

"It shows that through the hardest of times, our ancestors ... our previous generations ... kept things together as well as they could. It's because of them that we today we have our language, we have our culture, we have lots more people going to university."

"I think externally it breaks a kind of framing of Indigenous people as just always having problems or are facing colonialism or facing tragedy, and instead assures us as resilient, as heroes, as people who have strength and integrity."

Listen to the full interview on The Morning Edition: 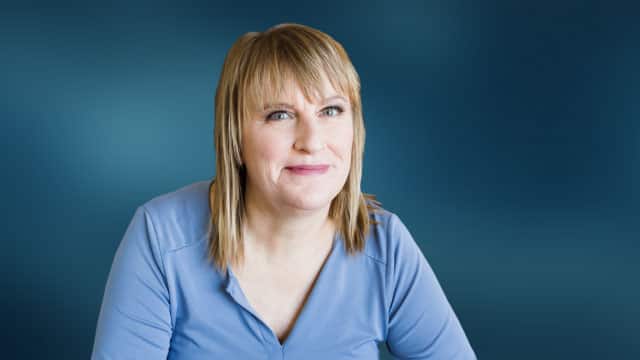