A little boy in Regina had a special surprise parade on his birthday on Monday.

Cosplayers were invited by the birthday boy's dad, although how many arrived was a surprise

A little boy in Regina had a special surprise parade on his birthday on Monday.

Eli Richards turned four on April 20, 2020, but couldn't have a party with friends due to COVID-19 restrictions.

Eli's father, Jeff Richards, wanted to do something special. So he reached out to Queen City Cosplay. Originally, Richards was just hoping for someone dressed as Spiderman to walk by and wave. 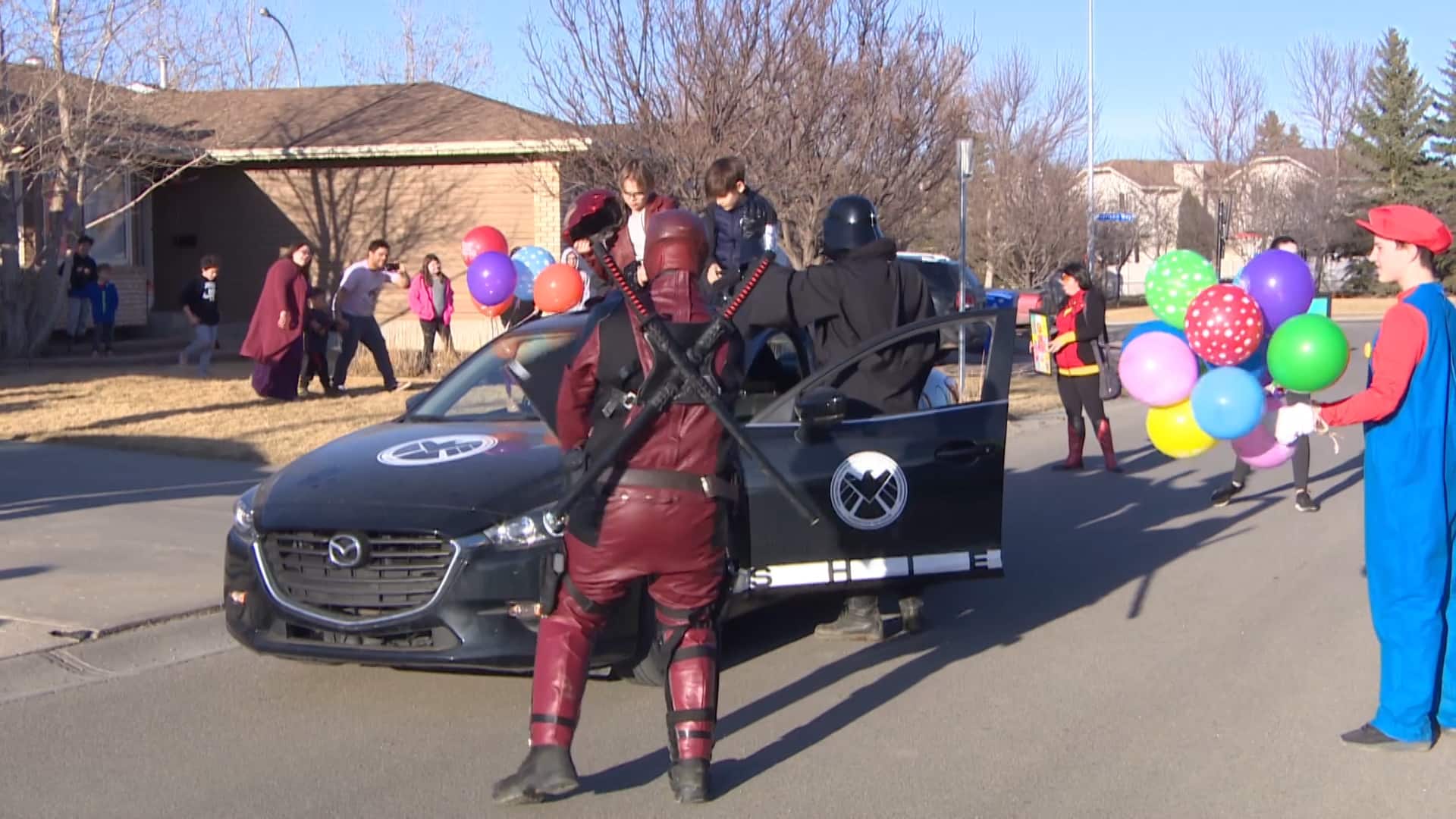 9 months agoVideo
0:50
Eli Richards turned four years old, but his father Jeff says he was sad that he could not have a party with his friends. Jeff reached out to Queen City Cosplay to see if a someone dressed as Spiderman could stop by and wave.. Deadpool, Wonderwoman, Elmo, Mario and many more came out to wish Eli a happy birthday. 0:50

Melody Belanger, president of the nonprofit, said to leave it with her.

"It kind of snowballed and I didn't really know what they had planned," Richards said. "She said there was going to be a few people and it turned out to be a little bit bigger than I had expected."

"It was a really, really nice surprise for everybody," he said.

Richards also let the neighbours know so multiple kids were able to watch safely from their doorsteps.

"We just like to bring happiness to families and why not a better time than this," Belanger said. "Show our community support by throwing a fourth birthday social distancing birthday party for him to spread some cheer to the neighborhood."

Belanger said Spider-Man, Deadpool, Wonder Woman, Elmo, Mario and many more came out to wish Eli a happy birthday. She said his smile made it worth it.

"We're nonprofit. We literally work for smiles so that's the best part of this job."

Spider-Man was Eli's favourite. Eli asked the superheroes to come back for a party when COVID-19 restrictions are lifted so he can play with them.

with files from Matt Duguid