Vinyl Cafe host Stuart McLean has cancelled the remainder of his Christmas tour this year because he has been diagnosed with melanoma.

'This is not quite as ominous as it sounds,' says McLean, who expects 85% chance of positive outcome 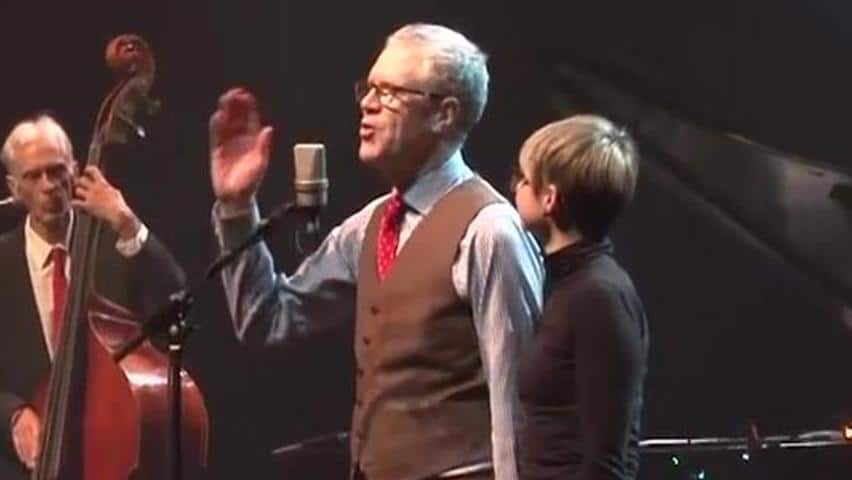 5 years agoVideo
1:14
Vinyl Cafe host cancelled the remainder of his Christmas tour this year because he has been diagnosed with melanoma 1:14

Vinyl Cafe host Stuart McLean has cancelled the remainder of his Christmas tour this year because he has been diagnosed with melanoma.

In a post on Facebook and the website for the CBC Radio program, McLean said all remaining shows after Sunday in Thunder Bay, Ont., will be cancelled.

The treatment is, as my wonderful doctor describes it, the poster child of cancer therapy.- Stuart McLean

"I have just learned that I have melanoma. I begin therapy next week," McLean said in the post online early Saturday.

McLean's doctor said he can expect an 85 per cent chance for a positive outcome from the immunotherapy treatment he'll be receiving.

In particularly humble fashion, McLean said he expects "to reconvene next Christmas, as we would have this year had it not been for my extraordinarily bad timing."

McLean said he considered doing the tour while undergoing treatment, but worried the side-effects may keep him from being "my best self."

Originally scheduled for 16 sets after the Thunder Bay show, McLean's tour would have taken him to Seattle, Wash., into Western Canada — including stops in Saskatoon on Dec. 1 and Regina on Dec. 2 — and on to Ontario and Quebec, ending in Montreal on Dec. 22.

McLean said ticket-holders will receive refunds through the purchasing outlet, starting on Tuesday.

Since 1998, McLean has toured with the Vinyl Cafe show to theatres across Canada and the United States. The show is recorded in front of a live audience, and then broadcast on CBC across Canada during the weekend.

Sirius Satellite Radio has picked up the show, as have public radio stations in the U.S., along with the BBC in England.

The Canadian Cancer Society says melanoma — one of the many forms of skin cancer — is one of the fastest-rising yet one of the most preventable types of cancer.

Here are some other facts about skin cancer, from the society: