'A disgusting mess': State of emergency declared in Estevan, Sask., after heavy rainfall

A state of emergency was declared in Estevan, Sask., after the southeastern city received 130 millimetres of rain on Sunday. 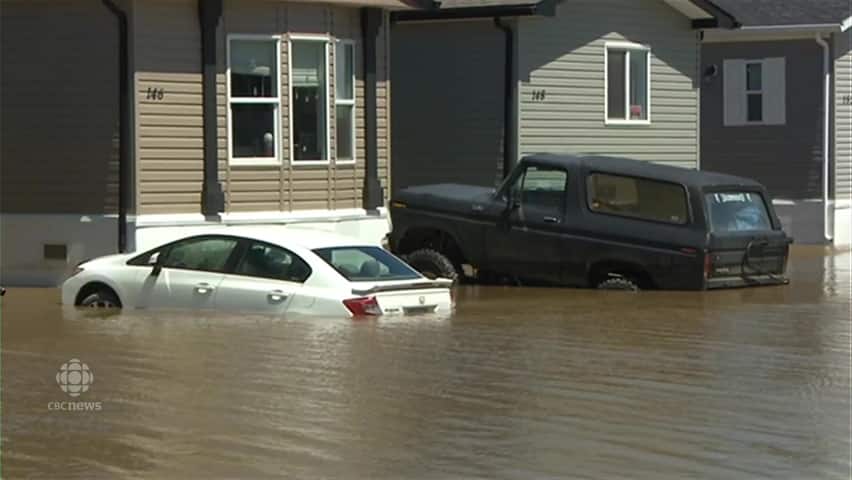 4 years ago
0:48
A state of emergency has been declared in Estevan after the southeastern Saskatchewan city received 130 millimetres of rain on Sunday. 0:48

A state of emergency was declared in Estevan, Sask., after the southeastern city received 130 millimetres of rain on Sunday.

According to police in the community of 11,000, the heavy rainfall over 2½ hours led to flash flooding.

Mayor Roy Ludwig said in the evening that a state of emergency had been declared.

A state of emergency helps communities take various actions, such as evacuating crisis zones and putting emergency plans into effect. 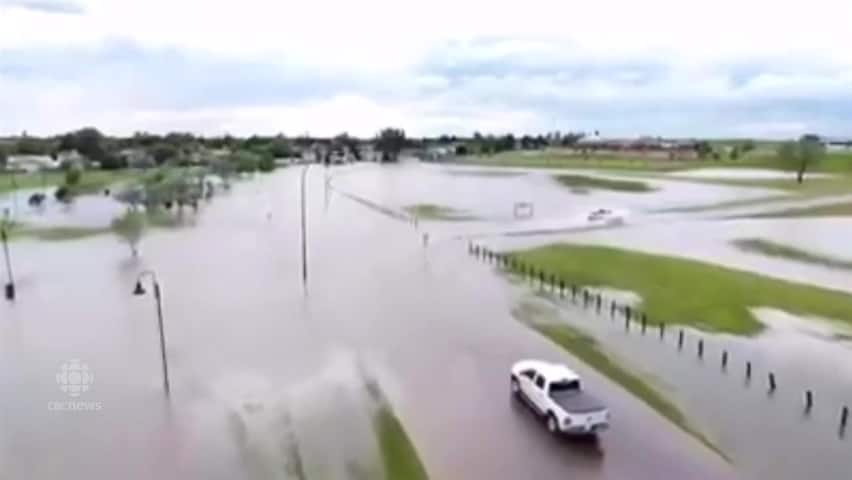 "It was pretty rough," Ludwig told CBC News on Monday. "Lots of flooded basements, power down, trees down … we had quite a few streets flooded."

Some people were reporting as much as 122 centimetres of water in their basements, he said.

City crews were up half the night unplugging storm drains, he said.

"The rain just kept coming and coming and coming and then it got to the point where it was coming down so hard and fast you couldn't see across the street," Smart said. "Then the hail. And usually hail goes away after a couple of minutes. This hail just kept on and on and on. And so it looked like snow all over the ground."

Luckily for the city, Ludwig said, the situation has now stabilized and everyone made the best of a bad situation.

"We're just happy of the way our community came together in tough times, and our closest city down the road, the city of Weyburn, have got a standing offer of help to us, which we very much appreciate."

Power outages were reported in a number of neighbourhoods, although by morning SaskPower said the lights were back on.

Outage Update 3: Estevan: Power has been restored to the city. <a href="https://twitter.com/hashtag/skoutage?src=hash">#skoutage</a>

Meanwhile, people in Estevan are preparing for more rain.

Smart was one of many homeowners to have their basements flooded. Smart said her five-level split home has two basements, and the bottom one had water almost up to her knees.

"The bottom basement is completely covered in, like, sewage water," Smart said. "So it's toast."

While she called the situation "a disgusting mess", Smart said it's manageable for her.

"I kind of realized this is kind of the the worst thing that could happen, so anything after this, meh," she said, shrugging her shoulders. "I can handle it."

Smart said there is some concern if people are forced to leave their homes during another storm.

"It's funny because the evacuation centre is just up the hill right there at the school, but ... last night we couldn't get out. We could canoe, I guess."

Rowing down the street

On Monday afternoon, Tyler Messer and Haley Dukart went to visit a friend. Luckily, Messer bought an inflatable boat three days ago, which they needed to get to their friend's house.

"We have to take a boat to get there," Messer said. "It's about waist deep in there."

Messer said his basement had a couple of inches of water, but it was far from the worst case he knows of.

"People I know, their basement got, like, waist deep and wrecked all their electronics and everything, so that's never good," he said.

Environment Canada said Monday morning that significant rain is expected in southern Saskatchewan, with the highest amounts of 70 to 100 mm anticipated in some areas.

The weather system producing the rain is expected to move into Manitoba early Wednesday.