School bus safety the focus of test run with cameras

Some school buses in Prince Albert have had cameras installed — pointed at other drivers, part of a test project to see if motorists will heed a local law to stop for buses that are loading or unloading outside of city limits. 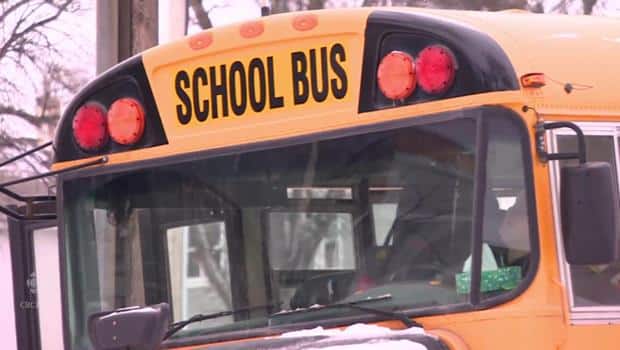 6 years agoVideo
1:51
School bus safety is the focus of a pilot project with cameras, Adam Hunter reports. 1:51
Some school buses in Prince Albert have had cameras installed — pointed at other drivers, part of a test project to see if motorists will heed a local law to stop for buses that are loading or unloading when outside of city limits.

Despite reduced speed limits in school zones, the issue of safety around a school bus has some wondering if more could be done. Some cities, like Winnipeg and Montreal, require drivers to stop when they encounter a school bus loading or unloading students. Regina, Saskatoon and Prince Albert do not.

Maurice Gregoire owns a Winnipeg-based company that is outfitting school buses in the Prince Albert area with video cameras. It's part of a 90-day pilot project examining drivers' habits.

Gregoire said he has seen video that confirms the need for more safety.

"When there is a collision between a vehicle and a child it's obvious who the winner is going to be," Gregoire said. "We've seen enough videos and I've seen enough close calls that I don't want to see anymore."

The cameras are mounted just on the outside of a school bus, to record how motorists respond to an encounter with a bus.