SaskPower says it will pay for damaged meter boxes

SaskPower says it will pay for all repairs to power meter boxes damaged by recent ground shifting in Regina.

SaskPower says it will pay for all repairs to power meter boxes damaged by recent ground shifting in Regina.

The announcement follows the fifth fire caused by wiring being pulled from the bottom of boxes across the city.

"We made a call yesterday to cover all of the costs with no cost to homeowners," SaskPower spokesperson Jonathan Tremblay told CBC Saskatchewan's Morning Edition.

The magnitude of the problem is something the SaskPower has never seen before, he said, noting versus the five fires this year there had only been one or two in the last decade.

The Crown said Friday it had seen 30 cases where wiring under stress has burned out and caused a power outage. Out of around 620 homes inspected over the last week, it said it has addressed more than 100 with power equipment that was showing "risks."

The phenomenon, which SaskPower claims was brought on by hot, dry weather causing the ground to sink around homes and tug on the underground wiring being fed into the boxes, has put some Regina residents on edge.

Saskatchewan's official opposition criticized the government Monday for not responding to the situation that now has SaskPower expanding its inspections to cover "the whole province."

However, inspections outside Regina will not be as intensive as those being carried out in the capital, Tremblay said. Provincially, meter readers and staff addressing outages have been asked to look for equipment showing risk factors as they go about their normal duties.

Kindersley and Moose Jaw customers may see similar damage, but Regina is, by far, the most affected area, he said.

In Regina, the company is inspecting the Glencairn, Uplands and Normanview areas, and said Tuesday it intends to also inspect the Lakeview, Parliament Place and Albert Park areas. 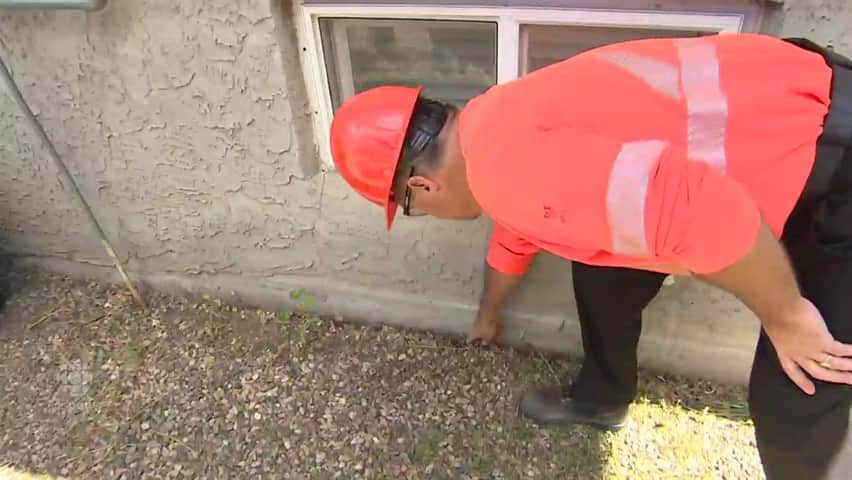 Tips on how to inspect power meter boxes

3 years agoVideo
1:04
Kevin Schwing, director of health and safety for SaskPower gives homeowners some tips on what to look for 1:04

Older homes with copper wiring and a small meter box pose the primary risk, according to SaskPower, which said it will be releasing a map showing the areas most susceptible to ground shift in the city.

Homeowners experiencing the issue on their property are being directed to call SaskPower, which will dispatch an inspection crew and perform repairs as necessary.