There could be more wet t-shirt contests and poker in Saskatchewan's future as a result of sweeping changes to liquor regulations announced Tuesday. 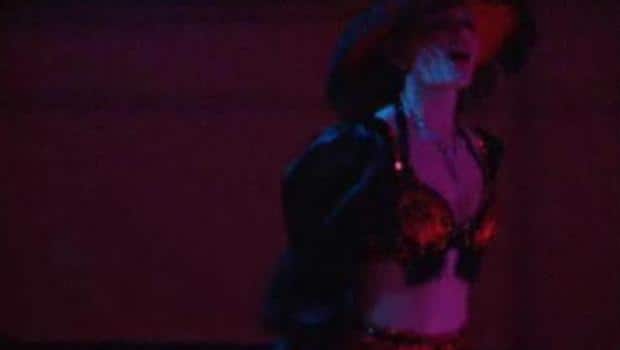 There could be more wet t-shirt contests and poker in Saskatchewan's future as a result of sweeping changes to liquor regulations announced Tuesday.

Saskatchewan might lose its status as the only province in Canada that bans stripping in bars, but it's drawing the line at nipples.

It means "strip-tease performances" will be allowed, although full-frontal nudity will continue to be prohibited.

"That would definitely open up a lot of opportunities," said Jackie Latendresse, a performer with Saskatoon's Rosebud Burlesque Club.

"I'm just really impressed actually that the province is getting a little more hip to what people want and it sounds like a lot of fun," said Latendresse, who goes by the stage name Cheripop Purr.

There are more than 70 measures being proposed, some that will require legislative changes and others that will simply require a change to Saskatchewan Liquor and Gaming Authority policies.

Here are some of the proposed changes to Saskatchewan's liquor rules and regulations that were announced Tuesday. The full list is here.

1. Spas and salons will be allowed to serve alcohol.

2. Movie theatres will be allowed to sell alcohol in adult-only sections.

3. All restaurants and taverns will be allowed to sell off-sale booze.

4. Bring-your-own-wine will be allowed at restaurants.

5. Stripping, wet t-shirt contests now allowed where liquor is sold, but no full frontal nudity will be allowed.

8. Allowing golf courses to offer beer to golfers without opening it first.

9. Allowing customers to carry their drinks from one licensed business to another, as long as they're connected.

10. Allow Sunday brunch to be served with minors present in a karaoke lounge.

12. If a customer wants to have their wine topped up with liquor, that will be legal.

13. Increasing the amount of booze a person can bring into Saskatchewan from another province: four bottles of liquor, 12 bottles of wine and six dozen beer. This change was already made in September.

Few of the proposed changes involve stripping, but many would loosen liquor regulations — meaning in some cases longer hours, more types of venues, and fewer rules.

For instance, restaurants will no longer be required to serve food to somebody who wants a beer. Restaurants will be allowed to let people bring their own wine (as long as it's not homemade).

One major change is that taverns will no longer be required to operate guest rooms, brew pubs or provide nightly nightclub entertainment in order to get a liquor permit.

Other changes include allowing movie theatres to sell liquor in special adults-only sections, increasing the amount of liquor people can bring into Saskatchewan from other provinces and letting golfers open their own beers.

There could also be more poker games, the proposed regulations say. Permit holders will no longer be limited to one Texas Hold 'Em tournament a week.

It's a lot of change for a province that has traditionally taken a socially conservative approach to liquor regulation.

The prohibition on stripping has meant that for decades, dancers could take it all off only in places that don't serve alcohol.

Over the years — on call-in radio shows, online forums and in letters to the editor — many people have strongly advocated that the status quo should remain. However, others argued with equal vigor that the stripping ban was the nanny state in action.

A much-ridiculed incident in the 1990s made headlines around the country — Saskatchewan liquor board officials shut down an aerobics demonstration at a Regina fair, it was reported, because the instructors were wearing snug-fitting spandex costumes

Those days would appear to be behind the liquor board, now.

The changes are expected to be rolled out in the coming months, the Saskatchewan government says. Legislation could be introduced in the legislature within days and passed in the spring.