Saskatchewan's premier says he does not understand the federal government's decision to cut back on refugee health care.

Province steps in to pay for drugs related to cancer treatment 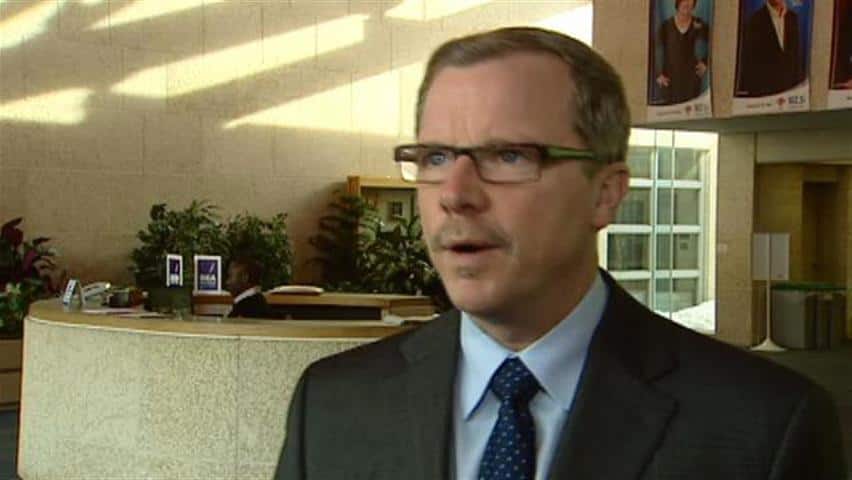 8 years ago
1:45
Saskatchewan Premier Brad Wall says province will look after refugee's health bill and says federal policy on coverage is not 'Canadian'. 1:45

Saskatchewan's premier says he does not understand the federal government's decision to cut back on refugee health care.

Brad Wall was asked Thursday about the case of a Saskatoon man who has applied for refugee status and is also undergoing treatment for cancer.

He is from Pakistan and fled to Canada over fears of persecution.

His identity, so far, is being concealed by people who have been supporting him.

CBC News was told the man learned he had cancer after arriving in Saskatoon.

He began treatment at a dedicated cancer clinic but learned the federal government, under a new policy brought in July 1, would not pay for the drugs related to chemotherapy treatment.

"It's unbelievable," Wall said. "The decisions that have been taken federally have been having this impact on people who are clearly the most vulnerable."

When the matter was raised publicly on Wednesday, Saskatchewan's health minister said the province is paying for the treatment and all the drugs related to it.

Wall said it is a Canadian and Saskatchewan value to help those in need.

A nun, Carol Borreson, has been providing assistance to the man, who she said was facing a lot of stress dealing with seeking asylum in addition to the cancer diagnosis and treatment.

"This gentleman's life was on the line and the amount of anxiety and stress that had been added to his situation was awful," she said. "It was awful to see the stress that he was in."

The changes the federal government made in July amounted to a cut to supplemental health benefits for most refugee claimants, affecting things like glasses, dental care and prescription drugs.

Drugs prescribed for the treatment of cancer outside a hospital setting are among the expenses that are no longer covered.

"This should not be happening to people who come to our country hoping to find a new life," Borreson added. They are "hoping to find peace and stability," she said.

Wall said the policy change does not fit with his view of what Canada stands for.

"I don't understand this decision," Wall told CBC News on Thursday. "I think it's very much part of Canadian values and Saskatchewan values to want to make sure that these people, who are obviously very vulnerable, especially if they have a medical issue that they developed either before or after they came here, that we help them."

CBC News was told the man is not speaking to media, for the time being, as his status as a refugee is not yet settled and he hopes to eventually bring his wife and children to Canada.

The provincial health minister, Dustin Duncan, said Wednesday that the province would also cover drugs needed to treat nausea associated with chemotherapy, a cost that was being picked up by people providing assistance to the man.

Duncan also noted that officials are still trying to figure out how the new federal health coverage for refugees works.

He said officials had been expecting the Saskatoon man would be eligible for federal coverage because of the urgency involved in the treatment of cancer.

"We were certainly surprised that this didn't meet that test," Duncan said.

He noted that other provinces have flagged the issue as well.

"It's a frustrating file, for not just us but I know other provincial health ministers," he said. "It is very frustrating not just how this was left to the provinces by the federal government but even now, many months after the changes were made, there's still a lack of clarity in terms of what they are going to continue to cover."

Duncan said efforts are ongoing to get clarity from federal officials on the new policy.