4 takeaways from the Sask. leaders' debate

The 2020 Saskatchewan leaders' debate lacked the fireworks and fights of past versions, but allowed Scott Moe and Ryan Meili plenty of chances to sell their plans to voters.

Debate was cordial and predictable

The 2020 Saskatchewan leaders' debate lacked the fireworks and fights of past versions, but allowed Saskatchewan Party Leader Scott Moe and NDP Leader Ryan Meili plenty of chances to sell their plans to voters.

Here are four takeaways from the debate floor.

It was clear even before the debate began that it would be cordial.

Yes, both Moe and Meili took turns talking over one another during some open debate sections, and occasionally attempted to interrupt each other, but for the most part they were on their best behaviour.

Ghosts of debates past — including the widely criticized recent U.S. presidential debate — were likely in their heads, so both stuck to their messages.

After the debate, Moe and Meili told reporters they wanted voters to hear their opponent's messages because they see them as detrimental.

If you have been following the campaign, you've heard "Strong Saskatchewan" from Moe and "Putting People First" from Meili, and both leaders took the opportunity Wednesday to reiterate the points they have been making on the trail.

Moe began by asking voters who they trust to lead the economic recovery.

Meili's opening statement focused on creating and ensuring jobs for people in the province, and on supporting classrooms.

"You are not going to see a sale of any Crowns here in Saskatchewan," Moe said.

Meili posed questions on Saskatchewan's minimum wage, which is the lowest in the country at $11.45 an hour.

In response, Moe said his government was able to remove 112,000 low-income Saskatchewan residents from the tax rolls. 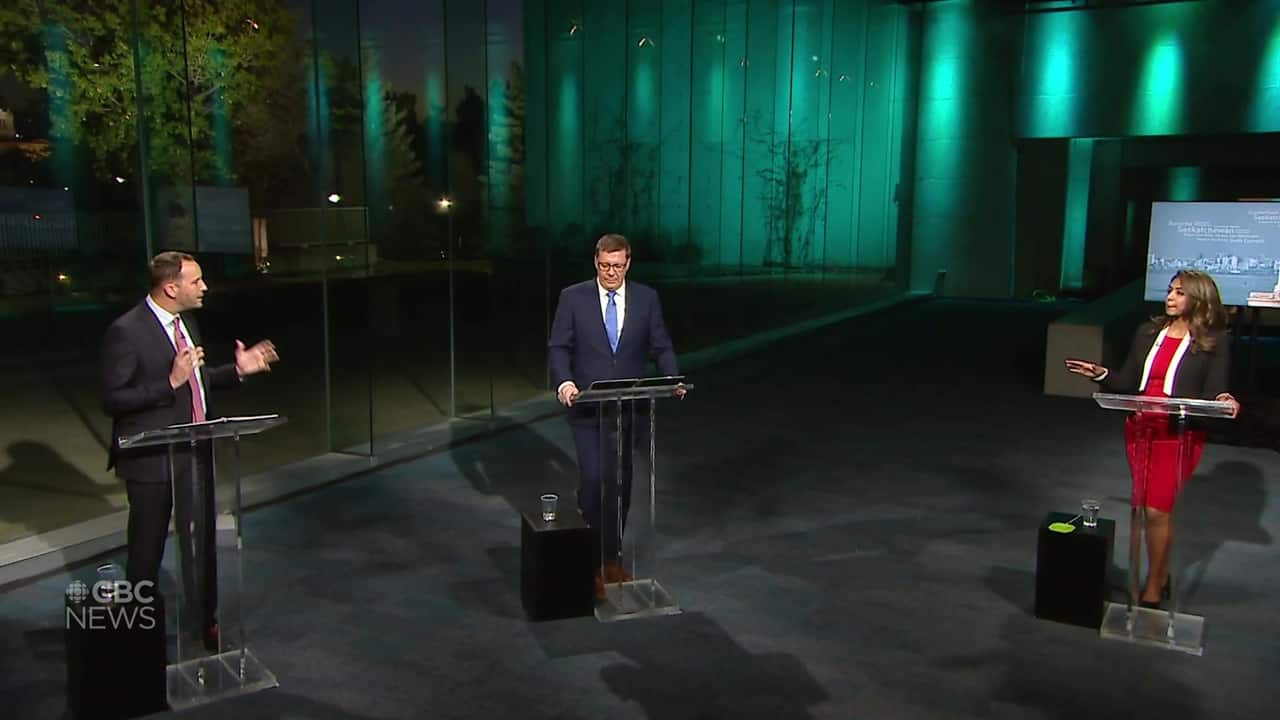 3 months agoVideo
1:09
Sask. Party Leader Scott Moe and NDP Leader Ryan Meili are asked about COVID-19 and its impact on education during the leaders' debate 1:09

The leaders outlined their plans to lead the economic recovery through the pandemic.

Moe accused Meili of "reckless" spending plans including a claim that the NDP had $4 billion in unaccounted spending in its platform, which has a stated cost of $2.7 billion.

Moe asked viewers to check the Saskatchewan Party website for the details. His party also sent a news release during the debate highlighting the point.

The NDP responded by criticizing the Saskatchewan Party's "crack math squad," saying the NDP platform has been fully costed and signed off on by an economist.

"This would be the worst possible time for cuts," Meili said.

Moe said his government would only cut taxes.

On the subject of masks, neither committed to what it would take for them to implement a mandatory indoor mask rule.

No big splashes or big news

The lack of heated exchanges led to a debate that lacked a "wow" moment and will not generate the coveted meme or social media clip that parties crave.

At the end of the debate, Moe said his government would consider funding a safe consumption site in Saskatoon if his party forms the next government.

Neither leader announced anything new for voters to discover, but both made their pitch and called it distinct from the other.

The debate ended as it started, with the two leaders sharing a laugh before the credits rolled. 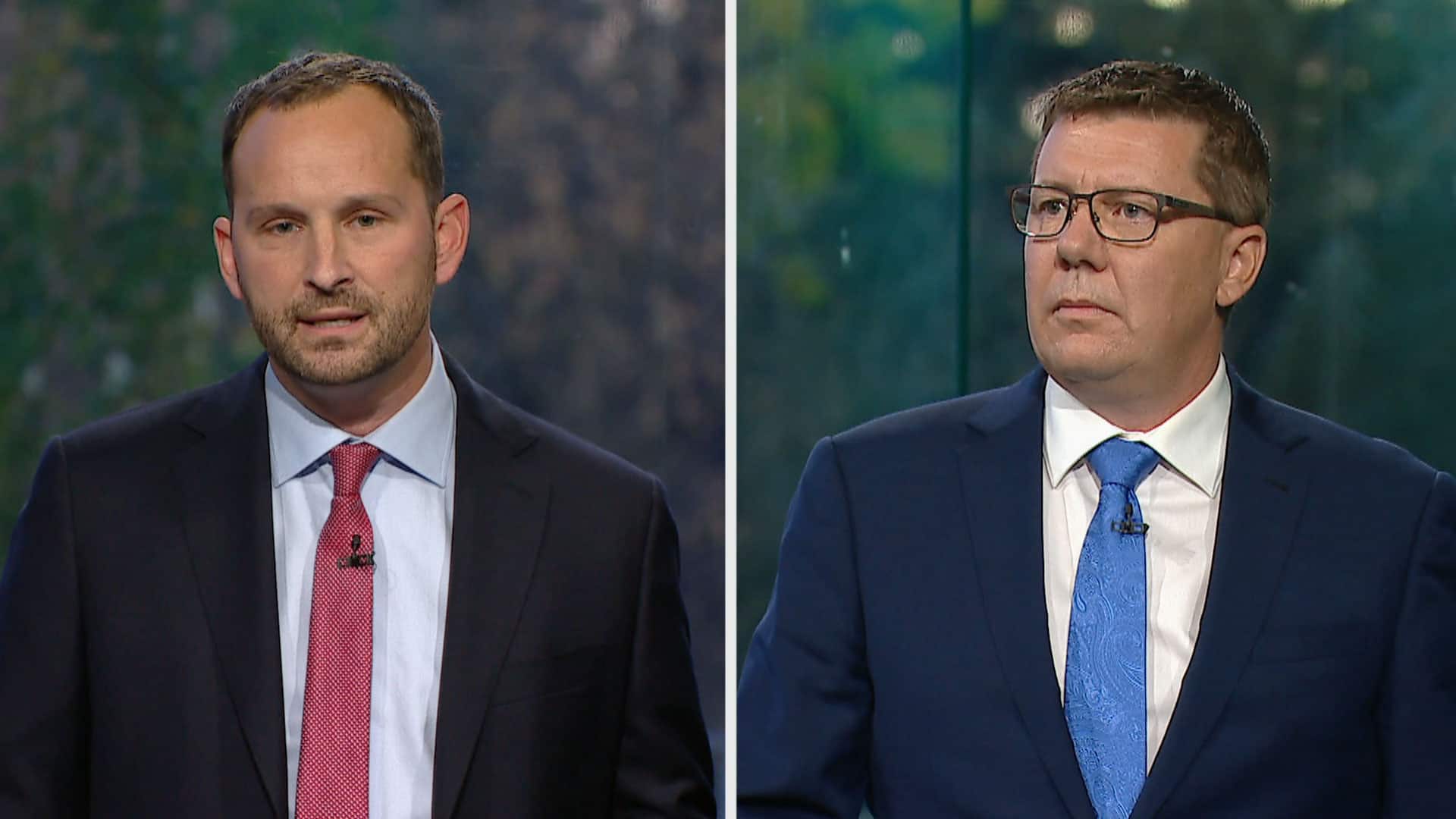