A northern Saskatchewan music program now has access to dozens of instruments thanks to a recent donation.

A northern Saskatchewan music program now has access to dozens of instruments thanks to a recent donation.

Larson, who passed away in July 2019 at the age of 93, was well known in the province's music community, where he gave music lessons and owned an instrument repair business.

Larson's daughter, Susan Miazga, heard about Doyle's program around the time her father died, but had forgotten about it while dealing with his death, followed by her mother's death soon after.

It wasn't until recently when the program came to her mind again. Miazga recalled hearing Doyle being interviewed about her program when she put out the request for instruments.

"She was essentially looking for anything that would make noise in the way of an instrument donation," Miazga told CBC Radio's The Afternoon Edition.

Doyle couldn't believe her luck when she heard from Miazga.

"It was the most exciting email I've ever read," said Doyle. "I had just formed the non-profit two weeks before the email and I was kind of nervous about starting the non-profit and figuring out how to get things off the ground. Then I got this email and I thought 'Oh my gosh it's really happening.'"

Doyle also learned about the impact Larson had on music in the province. When she would mention him to friends and fellow musicians, they would instantly recognize the name.

"Having all his instruments and looking at them and going through them and playing them, I just feel a big sense of responsibility to make sure that it continues living on in his memory and the way he would like it to go."

Doyle met Miazga earlier this month to pick up the instruments. Miazga was happy to see the instruments go to good use, plus free up some space in her house.

"I know our mom and dad would be just thrilled that these instruments are going to help someone learn a new instrument and to help a young teacher with some resources to get her started," said Miazga.

Doyle's program, which is based in Stanley Mission — about 500 kilometres northeast of Saskatoon — provides free music lessons and job shadowing for people in remote northern areas of the province. The next phase of her project begins in the new year, when music mentorship programming will be offered to residents of Canoe Lake. 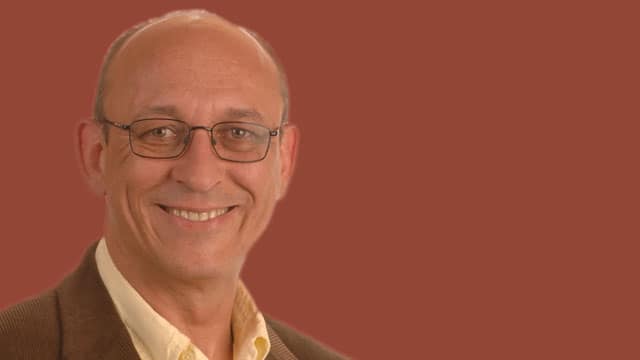 The Afternoon Edition - Sask9:25Music to the ears: Northern Sask. music program gifted dozens of instruments from late musician's family
When Saskatoon musician and music teacher Everett Larson passed away, leaving behind dozens of accordions, violins and other instruments, his daughter Susan Miazga decided to donate them to a northern Saskatchewan music program run by musician Eliza Doyle. The two joined Garth Materie to talk about the donation. 9:25

Doyle said the donation will help build up her "instrument bank" — something she's been working on since beginning the program almost two years ago.

"It will also just elevate the legitimacy of [the program]," she said. "If other people have donations that they want to make, I can accommodate that and I can put them to good use."