"We are not meeting our expectations or our standards on the field and these changes were necessary to move us forward," the riders president Craig Reynolds said in a statement. 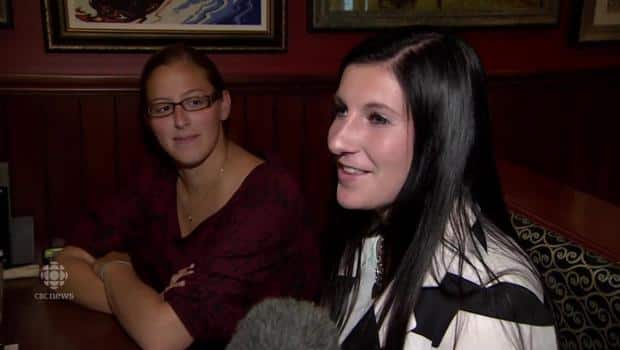 5 years ago
1:09
Fans talk about the firing of head coach Corey Chamblin and GM Brendan Taman of the Roughriders. 1:09

"Brendan and Corey worked tirelessly for this organization and I thank them for all that they have done for our team," Reynolds added. "But we are in a results oriented business and the current position of our team is unacceptable and this decision was necessary for us to build this team towards sustained success."

The statement said permanent replacements will be sought after the end of the season.

A news conference — with Reynolds, Dyce and O'Day — was set for Tuesday at 11 a.m. CST.

The Roughriders have been in a prolonged slump, having just lost 35-13 to Ottawa on Sunday, with a win-loss record for the season of 0-9.

Dave Naylor, a sports journalist with TSN, said he wasn't surprised that both Taman and Chamblin were fired, pointing out that Taman, as GM, hired Chamblin.

"Corey Chamblin is Brendan Taman's guy. And so often in sports, when the head coach comes under the heat so too does the person who hired that coach," Naylor said.

Naylor noted it was only 21 months ago that they won the Grey Cup and followed that 2013 championship win with an 10-8 record in 2014.

"Once their quarterbacks started to be depleted, both of them didn't look as good as before," Naylor said, noting the injuries to Darian Durant and Kevin Glenn.

Naylor said it would be a long shot for the Riders to make the playoffs at this stage.

"Anything is possible", he said. "But I think probably, in reality, they've turned the page to the next season already."

The 2015 season was a struggle right from Week 1 when starting quarterback Durant went down with a season-ending injury. Veteran back-up Glenn followed Durant with an injury, leaving rookie Brett Smith to try and muster a comeback for the season.

Quiet outside Taylor Field but can only wonder what the scenes inside must've been w/ Chamblin &amp; Taman fired <a href="https://twitter.com/hashtag/riders?src=hash">#riders</a> <a href="http://t.co/gmpEzazSGS">pic.twitter.com/gmpEzazSGS</a>