A group of Regina youth climate activists say they hope to share their concerns with Premier Scott Moe and Environment Minister Dustin Duncan, but it won't happen at a rally this Friday.

A group of Regina youth climate activists say they hope to share their concerns with Premier Scott Moe and Environment Minister Dustin Duncan, but it won't happen at a rally this Friday.

Fridays for Future Regina has been holding climate rallies at the Saskatchewan Legislative Building since March.

A spokesperson for Moe said he will be spending Friday in his constituency of Rosthern-Shellbrook. When asked by reporters on Monday, Duncan committed to meeting with the youth but said he too would be in his home constituency Friday.

On Monday, Duncan mentioned he spoke to a group of students recently about the province's climate change strategy, dubbed Prairie Resilience.

"I was frankly a little bit concerned [that] when I asked any of the students if they had ever heard of Prairie Resilience not a single hand went up. Even though this was this group of students that were learning about environmental issues. That told me we need to do a better job of engaging the students."

One of the Fridays for Future organizers, Sydney Chadwick, said she wants Moe and Duncan to take youth concerns about climate change seriously.

"We would really like them to come out and acknowledge us and say, 'Hey, we hear your voices.'"

"I think it's really important to have a discussion with them about what needs to happen and what we believe is important for our futures," Chadwick said.

Alex Flett recently turned 18 and said attending rallies was his only way to express his frustration.

"Climate change is becoming more and more devastating and being a member of the youth and not being able to vote up until recently, it was the only way that we could express our voice," Flett said.

The youth activists have aligned with EnviroCollective, a group of Regina adults with similar views. Chadwick said the partnership has allowed the movement to grow. They said a few hundred people attended last Friday's rally, which coincided with Global Climate Strike rallies around the world.

Both Chadwick and Flett say they were inspired by Swedish climate activist Greta Thunberg.

"I've always been kind of frustrated with the lack of action. When I saw all the press and media around Greta Thunberg and I was reading about her and I was like, this movement is amazing. I need to get a part of this," Chadwick said.

The 16-year-old Thunberg has made international headlines, including a speech at the United Nations Climate Action Summit on Monday. 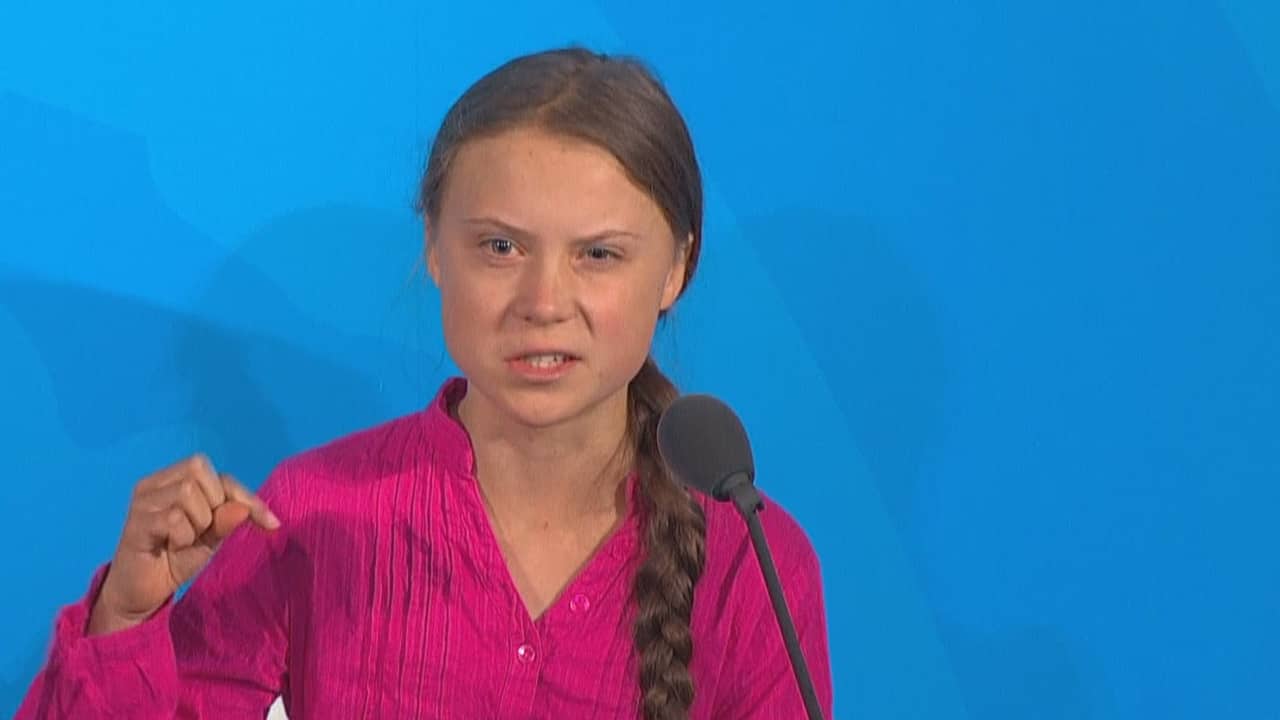 'You have stolen my dreams'

"This is all wrong. I shouldn't be up here. I should be back in school on the other side of the ocean yet you all come to us young people for hope. How dare you," Thunberg said. "All you can talk about is money and fairy tales of eternal economic growth."

"She's playing an extremely important role presenting herself as a mature adult despite her age, and for somebody of her age to be able to even attend this meeting and have a voice is extremely inspiring for the rest of us youth out here," Flett said.

Both Flett and Chadwick acknowledged the province's economy relies heavily on the oil and gas industry.

Flett said the government should be more active in moving away from non-renewable resources.

"Absolutely our economy around here relies on this but it is a simple fact that there is a limited supply," Flett said. "The main goal of all this is to move further away from fossil fuels. Saskatchewan is the highest carbon emitter per capita in Canada."

Chadwick said she wants the government to help begin the process of transitioning workers to jobs in renewable industries.

Respondents in a recent poll commissioned by CBC and Postmedia said climate change was the second most important election issue, behind the economy.