Thousands of soccer players hit the pitch for Regina tournament

Thousands of soccer players from across the province have represented dozens of countries at this year's World Class Player's Cup.

The annual tournament expected to bring in more than 20,000 fans for three-week event 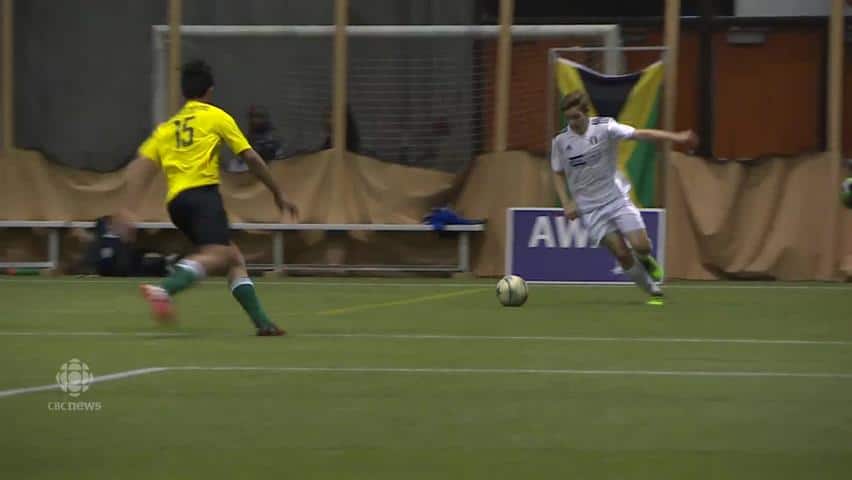 5 years agoVideo
0:59
Thousands of soccer players from across the province take part in three-week tournament (Video by Dean Gutheil) 0:59

Thousands of soccer players from across the province have gathered in Regina to represent dozens of countries on the pitch.

The annual World Class Player's Cup in Regina is heading into the final week of its 11th year. It wraps up on April 16 at the Credit Union EventPlex.

The three-week tournament features men and women of all ages representing more than 70 countries.

Each team must have at least four players who have ancestral roots to that country. But after that, it's not required.

For 13-year-old Connor McGreal, who is Irish, it means he can play for Argentina.

"There's like nice players on our team," McGreal said. "It's a good team."

Federico Szechtman-Pintos, 13, also plays for Argentina. He said he enjoys the mix of players, and playing with McGreal in particular.

"He's a very valuable member of the team - the Irishman," Szechtman-Pintos said. "(McGreal) Keeps the chemistry going, you know. I consider him an Argentine from being on this team."

Organizers say the tournament has more than 1,200 participants and is run by more than 100 volunteers.