Oat milk has become a popular dairy substitute in recent years, but no company has stepped up to make it entirely in Saskatchewan - until now.

Oat milk has become a popular dairy substitute in recent years, but no company has stepped up to make it entirely in Saskatchewan — until now.

Wayne Goranson, the CEO of Regina's Mera Food Group, says it's been a decade-long journey of research and development to take plant-based proteins and turn them into a dairy substitute in Regina.

"We have a research facility here where we developed the core technology," Goranson said. "COVID reduced our ability to travel and be outside of the country where our production was, so we disassembled a complete, 10,000-piece factory in the Dominican Republic and it's in Saskatoon today."

Goranson says Mera full production of oat milk will begin in May and June, with product hitting the store shelves in the summertime. He says the beverage will be sold at Co-op food stores across Canada.

Some of the challenges the company has faced in producing oats as milk have been related to the fact that oats are "glutinous."

"We need to digest down some of those carbohydrates using enzymes," Goranson said. "They're temperature sensitive as well — we didn't want to go too hot in our production process to caramelize any sugars."

Mera employs a digestion process that is similar to fermentation for alcohol production.

"Oats [have] a little bran at the bottom which is quite jagged," Goranson said. "That posed some problems: It gives a strange tongue feel and the consumers of a beverage want a smooth taste, so we had to develop some technical processes for separating that bran away from the rest of the oat's fibre."

Goranson says he is partnering on this project with several other companies, including Thomas Benson of Benson Farms in Raymore, Sask.

"I've known the owner-operator of that farm for many years and I've watched how he has developed oat genetic varieties as well as hemp," he said. "We're looking forward to collaborating with him."

Is oat milk the next big dairy alternative?

2 years ago
7:17
Oat milk sales are up 250 per cent in Canada in the past year. It's the latest star among non-dairy milk products, as Canadians are consuming about 20 per cent less dairy milk than they were a decade ago. 7:17

Mera will also be producing a beverage made out of hemp and oats: "The oils in the hemp are very sympathetic with the particles in oats, and it gives a very, very nice earthy blend," Goranson said.

He says along with hemp drinks the company will also be producing soy beverages and anything that's from the portfolio of grains growing in Saskatchewan: "We can turn it into a food ingredient or a beverage."

Goranson says low consumer demand was among the reasons it took Saskatchewan so long to get its own made-in-province oat milk.

"Oats were typically viewed as something that was animal food or processed into a granola in cereals, and so there wasn't really that concept," he said. "It comes back to Saskatchewan having limited processing and packaging abilities."

Consumer preference also ties into the demand for oat milk in the province.

"A lot of people are lactose intolerant and probably didn't even know it, and getting away from dairy is going to give them a new health standard," He said. "We see a lot of that."

He says Mera, an engineering company, has used its experience in industrial sectors, including oil and gas, mining and refining, to process their product.

"We're able to pluck out little technologies out of each one of those and use them in a way that people hadn't thought of before," Goranson said. "There's a bit of a herd mentality in a lot of industries, and people process beverages in a certain way and that's how it's been done for a hundred years.

"We like to look at it in a completely different way." 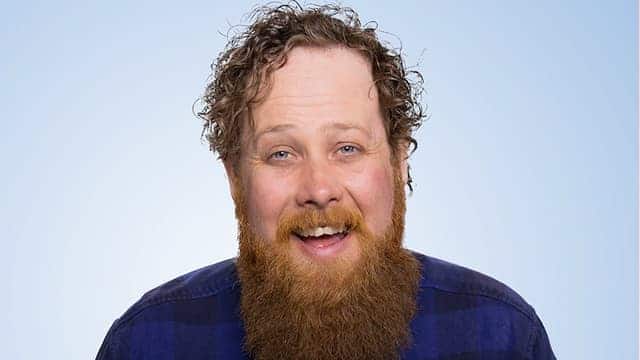 Saskatchewan Weekend8:53Made-in-Saskatchewan oat milk coming to a store near you!
It's been a goal for some time, but Regina's Mera Food Group is one step closer to processing oat milk from oats grown right here in Saskatchewan. By the summer it will end up on the shelves of Federated Co-op stores around the province, and beyond. Host Shauna Powers learns more from CEO Wayne Goranson. 8:53