CBC’s iTeam initially contacted Rodney Barras for an interview about his website, Babes-Behind-Bars.com, but the iTeam discovered that Barras had a lengthy criminal history involving children and was using the site to reach out to vulnerable single women, some of whom were mothers. 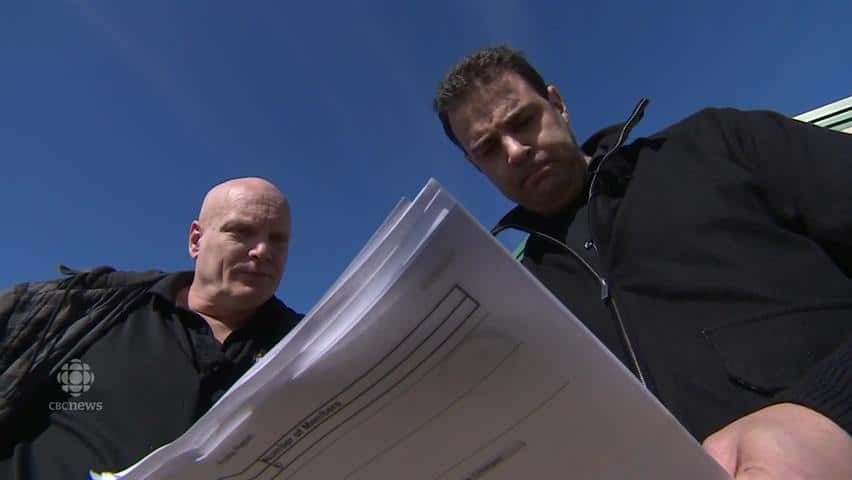 Behind the story: Babes Behind Bars

5 years ago
3:45
iTeam's Geoff Leo tells the story behind the investigation 3:45

CBC's iTeam initially contacted Rodney Barras for an interview about his website, Babes-Behind-Bars.com, after noticing an advertisement on the window of his truck.

The story was originally going to be a profile of Barras, and an exploration of why a Regina man was running a pen pal website for female American inmates.

However, in the course of research, the iTeam uncovered some troubling details from Barras's past.

That led to a 10-week investigation during which the iTeam discovered that Barras had a lengthy criminal history involving children and was using the site to reach out to vulnerable single women, some of whom were mothers.

In October 1992, Barras was in Tarpon Springs, Fla., when he was charged with capital sexual battery of a little girl.

Barras was acquitted of that charge in a jury trial, but on April 14, 1993, he pleaded "nolo contendere" to a lesser charge of a lewd and lascivious act in the presence of a child. Nolo contendere has the same legal effect as a guilty plea.

After serving his prison sentence of six months in the U.S., Barras was deported back to Canada on June 30, 1993.

It didn't take long for him to once again catch the attention of law enforcement.

1994: Barras convicted of sexually assaulting a girl in Ontario

According to Toronto police, on Christmas Day in 1994, Barras sexually assaulted a girl under 14 years old. Due to the nature of the charges, her name is under a publication ban, so she will be referred to as HF.

He was issued a court order that he was not to contact HF and her mother and to stay away from places where children might be while he awaited his hearing.

But just five months later, between May 17, 1994, and June 1994, he was charged with failing to comply with the court condition that he not communicate with HF or her mother.

Barras was additionally charged with being in the company of a girl under 16 years old on May 31, 1994, contrary to an order by the court that he stay away. He was sentenced to 45 days in jail.

On June 22, 1994, a judge found him guilty of sexually assaulting HF. The other two charges of sexual touching and invitation to sexual touching were withdrawn. He was sentenced to six months in prison and three years probation.

Five months later, on Oct. 12 1994, Barras was released and put on probation for three years and ordered not to associate with HF.

He was also issued a three year prohibition order by the judge not to go to a park, school ground or swimming pool. Barras was also ordered not to volunteer or get a job that would put him in a trust position.

1995: Barras charged with sexually assaulting a boy in Ontario

Barras was also charged with breaching his prohibition order by being at an elementary schoolyard on March 25, 1995, one of the days he is alleged to have sexually assaulted RP.

However, on Dec. 12 that year, Barras was acquitted at trial by a judge on all charges involving RP.

Just days later, on Dec. 18, he pleaded guilty to breaching the prohibition order in March and was sentenced to 30 days in jail and two years probation.

The probation order said he must see a doctor or counsellor for his sexual problem, not associate with anyone under 16 unless in the presence of an adult, and not be in contact with RP's family.

For the next 10 years, Barras had minor run-ins with the law, including a drug possession charge and breaches of court orders in Toronto.

2006: Trial for alleged sexual assault of another boy

It was not until Sept. 9, 2005, that Barras was once again facing allegations that he had assaulted a child.

He was charged with sexual assault, sexual interference and invitation to sexual touching in the case of yet another young boy, referred to as VH in court documents. The allegations dated back to 1991.

The boy was about 2 and a half to three years old at the time of the alleged offences.

Barras was found not guilty of the charges against VH.

However, in the written decision, the judge noted that the court did not find VH's testimony to be false and did not doubt he was a truthful and reliable witness.

But the judge noted  that "the defendant is entitled to the protection of the rule of law, like everyone else in Canada who is charged with a criminal offence," and due to a number of factors in the case, could not rule Barras was guilty beyond a reasonable doubt.

According to Toronto police, Barras remains in their internal database as a "potential sexual offender."

Barras moved to Saskatchewan some time after his 2006 trial. Since that time, he has not been charged with any criminal offences.

CBC's iTeam contacted Barras to ask about his criminal record, however he did not return our phone calls or emails.

In earlier conversations, Barras told CBC's iTeam that it has the wrong man.

If this is the direction the story is going to take, I'm not interested. I thought it would be about the website.— Rodney Barras

He said he has never faced sex-related charges against children and has never been to prison.

That's despite the fact that his full name and birthdate match the identity of the man facing charges in this story.

In addition, CBC obtained a mug shot of Barras, and though the photo is of a younger thinner man, from the early 1990s, the facial markings and features are the same.

In an email, Barras told CBC "if this is the direction the story is going to take, I'm not interested. I thought it would be about the website."

With files from CBC's Geoff Leo