RCMP in Saskatchewan are reviewing the behaviour of an officer captured on video yelling, swearing and carrying an axe into a home where a man had harmed himself.

'Open the door or I'm coming back with a sledgehammer,' officer says in video

RCMP in Saskatchewan are reviewing the behaviour of an officer captured on video yelling, swearing and carrying an axe into a home where a man had harmed himself.

Jonas Hardlotte lives in Stanley Mission, about 450 kilometres north of Saskatoon, and posted the one-minute video to Facebook.

The 33-year-old Cree man says he was experiencing depression and was speaking to his mother-in-law, who called the local clinic to check on him.

RCMP spokesperson Cpl. Rob King said in a statement that police received a request for help from the clinic just before noon Tuesday after staff received a 911 call about a man who had injured himself. 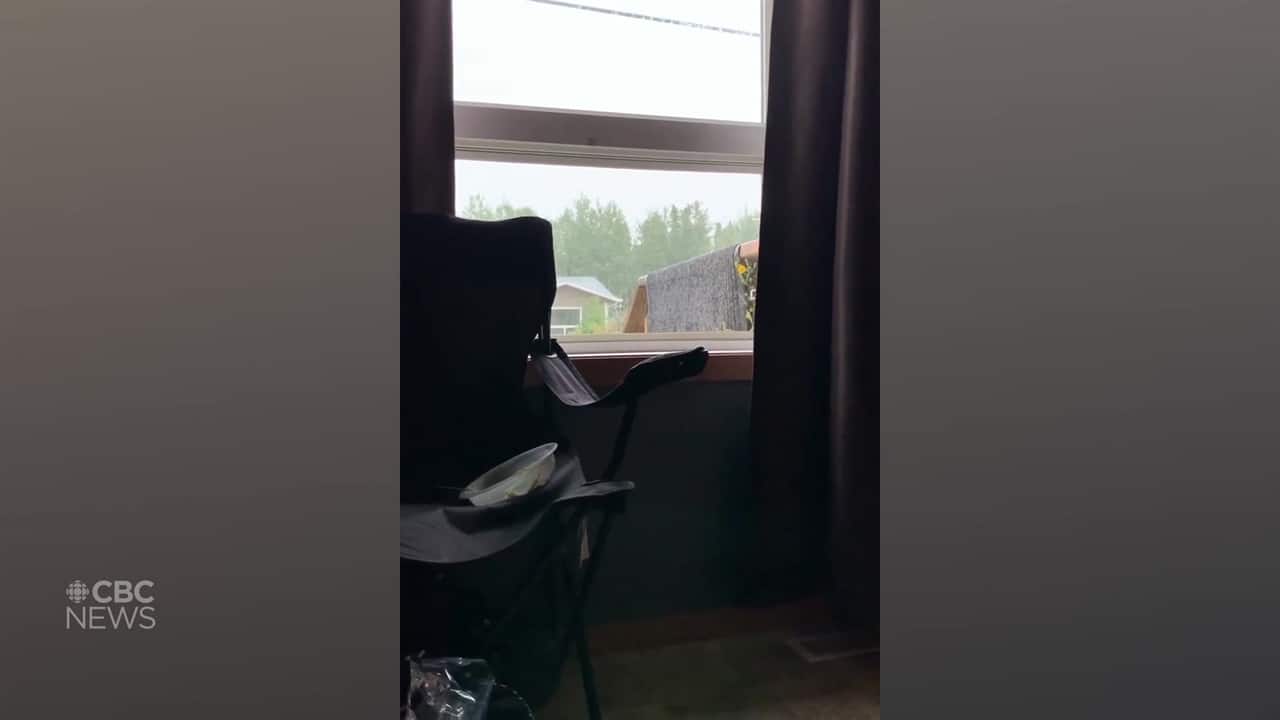 1 month ago
1:12
Jonas Hardlotte lives in Stanley Mission, about 450 kilometres north of Saskatoon, and posted the one-minute video to Facebook. 1:12

King said an officer and two nurses arrived at a home and the officer could see through a window that a man was bleeding, so the Mountie attempted to get inside.

'Thought I did something wrong'

Hardlotte says the officer acted rudely and he felt intimidated, so no one inside opened the door and instead used his phone to start recording.

"I thought I did something wrong," he said of the officer's behaviour.

"I told him, 'I'll wait for the clinic. You obviously see I'm good. You checked up on me."'

In the video posted to Facebook, an officer using profanity can be heard telling Hardlotte's cousin, who is standing by a window, to open the door.

It appears that the officer hits the window hard three times with his fist and yells: "Open the door now."

"The (expletive) clinic is here to check on you. Open the door or I'm coming back with a sledgehammer," the officer is heard saying.

The video shows the officer walking away. That's when Hardlotte's cousin opens the door. The officer can be seen returning and walking in with an axe in hand.

"You think I was kidding," he says before entering the home, followed by two nurses.

King said RCMP are aware the officer took away Hardlotte's cellphone and stopped the recording.

"He had no right to do that," said Hardlotte.

The social media footage was brought to the attention of the police Tuesday afternoon, said King, and the RCMP is doing a full review of what happened.

The officer involved has been reassigned, he said.

"Transparency and accountability are critical in our role as the provincial police service," King said in a statement.

"The Saskatchewan RCMP extends sincere appreciation to the members of the public for bringing this video to our attention."