Government paid too much for GTH land: Sask. provincial auditor

The Saskatchewan government didn't do a good job acquiring land for the Global Transportation Hub near Regina and as a result paid too much, the provincial auditor says. 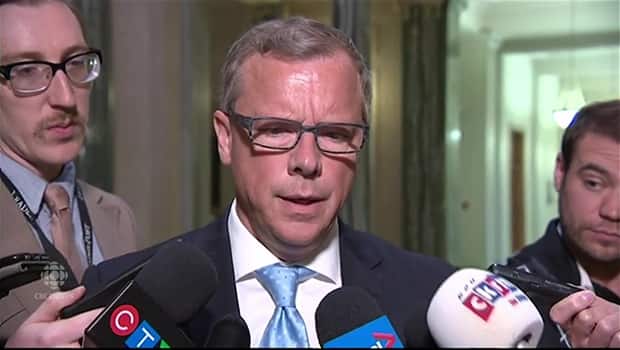 5 years agoVideo
16:56
Premier Brad Wall says he accepts the provincial auditor's recommendations and would be acting on them 16:56

The Saskatchewan government didn't do a good job acquiring land for the Global Transportation Hub near Regina and as a result paid too much, the provincial auditor says.

That's one of the findings of Judy Ferguson's four-and-a-half month investigation into a series of land deals between businesses, private land owners, the provincial Ministry of Highways and the Global Transportation Hub (GTH).

The report focused on $22 million worth of land purchases made by the GTH and about $83 million made by Highways between February 2013 and March 2016.

Regarding the GTH purchases, no government agency had clear responsibility for leading them, the report said.

These factors contributed to buying this [GTH] land at a significantly higher price and not in a financially responsible manner.- Auditor Judy Ferguson

That lack of clarity may have delayed decisions on buying the land during a period of time of rapidly escalating land values — resulting in taxpayers taking a hit, the report said.

"These factors contributed to buying this land at a significantly higher price and not in a financially responsible manner," the report said.

"In our view, the government did not take sufficient and timely action to mitigate its and ultimately the taxpayers' exposure to increases in land values."

The report also said the auditor found no evidence of fraud, wrongdoing, or conflict of interest among the GTH board of directors or GTH management.

The controversy centred around the amount of money the Crown-owned GTH paid for 204 acres of land west of Regina. Government-commissioned appraisals valued the land at between $30,000 and $65,000 an acre.

The government told CBC that GTH paid $103,000 for the land because it saw land prices in the area increasing at the time.

Meanwhile, the auditor was raising concerns about the highways ministry purchases, too. A poor set of processes meant the taxpayers weren't well-served during a period of rising land purchases.

The auditor made a series of recommendations on how the problems she identified can be dealt with.

Premier Brad Wall said he accepted Ferguson's recommendations and would be acting on them.

He said the GTH is still an "economic development win" for the province.

On the other hand, the relationship between the highways ministry and the GTH and the "lack of focus" during the land acquisition process needs to be fixed, he said.

"These mistakes were made," Wall said.

He said the government needs to come up with a more transparent process for dealing with large land acquisitions.

"You know, the government really doesn't have a process when there's a large land assembly that's happening, to balance transparency," he said. "Because we need to tell people what's happening, but to guard against speculation."

Wall said he takes responsibility for overpayment on land, but added he thinks the money will be made back.