Shifting due to the dry ground conditions caused another power meter fire in Regina on Monday evening. 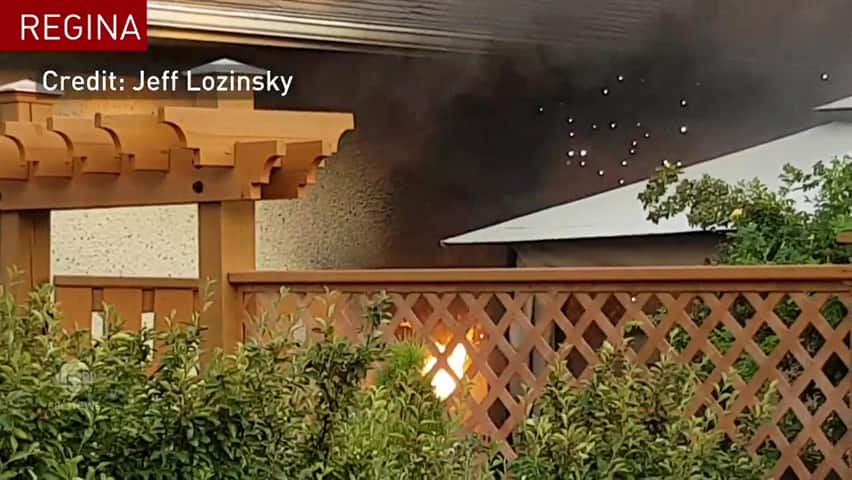 Ground shifting due to the dry conditions caused yet another power meter fire in Regina on Monday evening.

This time the meter caught on fire at a home on Pettingell Street in north Regina.

Homeowner Paul Schubert said he was sitting in his backyard on Monday evening, just back this week from holiday, when he heard what sounded like a garage door opener.

"Then when I went and looked, it was the meter caught in flames and burning up one side of the house."

He got a fire extinguisher from the house to try and fight the flames. He said a neighbour had to call the fire department for them as Schubert's home had lost power.

This would be about the sixth meter to catch fire in Regina in recent weeks. SaskPower said the fire was caused by the same situation as the others: extreme dry conditions causing ground shift that pulled wires out from behind the power box.

SaskPower has been urging residents to check their power meter boxes to see if they have tilted, and check for significant gaps between the house and the ground.

Schubert said he had heard about the fires while he was away.

"While we were on holidays I'm going 'I don't want anything like that to happen while my daughter's taking care of the house,'" he said.

"And for it to happen today, well, I'm glad it happened today and not while they were here."

He said SaskPower told them they may have power back tonight.

with files from Adam Hunter