Sask. Party Leader Scott Moe announced Wednesday that he once faced impaired driving and fleeing the scene of an accident charges that were not previously known to the public.

Sask. Party Leader Scott Moe announced Wednesday that he once faced impaired driving and fleeing the scene of an accident charges that were not previously known to the public.

Moe, who's up for re-election in the Rosthern - Shellbrook electoral district and running as leader of the Sask. Party in a provincial election for the first time, announced at a news conference that he was charged with impaired driving and fleeing the scene of an accident in 1994.

"Those charges were later withdrawn because I was not impaired and did not leave the scene," Moe said.

"I exchanged information with the owner of the other vehicle and called the accident into police." 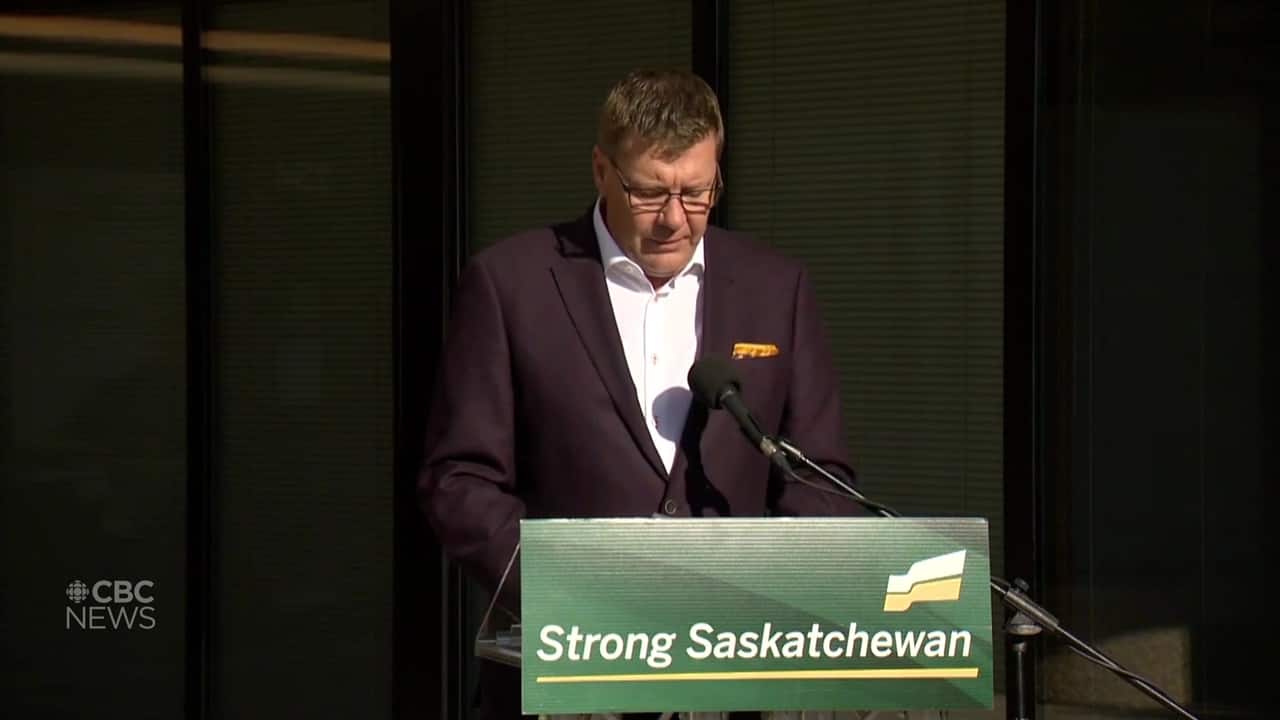 'As a young man, I admit I have made some poor choices': Sask. Party Leader Scott Moe discloses previously unknown impaired driving charge

3 months agoVideo
1:07
The leader of Saskatchewan Party says that back in 1994, he was charged with impaired driving and leaving the scene of an accident. He says those charges were dropped, which is why he did not disclose them. 1:07

Moe said he had some alcohol that day and was not given a breathalyzer test after the incident. He said no one was injured in the incident.

Court documents verified by CBC News show Moe was accused of being impaired and failing to stop after hitting a vehicle in the parking lot of the Co-op in Shellbrook on May 14, 1994.

Moe said the charges were not part of his previous public disclosures because they were withdrawn.

What a stay of proceedings means

Saskatoon defence lawyer Brian Pfefferle said a stay of proceedings means that the charges against a person are essentially dropped, barring new evidence that could come up within a short window of time.

He said when the charges against Moe were stayed, the window of time for new evidence to come to light was six months.

"When I see someone with stays of proceedings on their record, I view that as someone who is not guilty," Pfefferle said.

During Wednesday's news conference, Moe said he was innocent of the stayed charges.

Pfefferle said if someone was to suggest the Sask. Party Leader — or any accused party — were guilty of the crimes in a court case that was stayed, that would be contradictory to Canadian law and contrary to the belief that people are innocent until proven guilty.

He said clients may feel as though a not guilty verdict is vindication, but that he feels a stay is a better result.

"A prosecutor looked at the case and didn't even think it met the prosecutorial threshold, which in our view, is a lower standard than the reasonable doubt standard," he said.

"I didn't hear Premier Moe's comments, but if he's asserting his innocence, no Canadian should question that."

What was previously disclosed

The list showed that Moe faced separate convictions for impaired driving in 1992 and for an incident in 1997 when he failed to stop at a rural intersection near Shellbrook, Sask., and collided with a car carrying 39-year-old Joanne Balog and her son Steve.

Joanne died in the crash. Moe was given a fine for driving without due care and attention .

Steve, who was 18 at the time of the crash, has recently called on Moe to apologize personally for his role in his mother's death.

Moe, who had spoken about the 1997 incident in the past, said Wednesday that he would apologize to the Balog family after the Oct. 26 election.

"When this discussion occurs I feel it's important that it occurs in a meaningful way," Moe said.

Moe said he would not be discussing the matter publicly again.

An issue of transparency, accountability: NDP

"The premier keeps saying that this election is about trust and I think he's right," Meili said.

"I think it's really important to be open and clear with the people of Saskatchewan. Now Mr. Moe has quite a lot more questions to answer and we'll see what he has to say."

He said there are questions about why Moe chose not to disclose the charges before.

When asked if he thought Moe's history should be a campaign issue, Meili said it's a matter of trust and judgment, and of accountability and openness people expect from a premier.

"That goes into an assessment overall of a government. We're going to stay focused on things we're most concerned about, which is what we do today, and what we do in the years ahead," he said.