Meet Pablo, the Sask. dog who loves to sing along to opera music

Andrea Peters found Pablo starving and flea-ridden in Italy in 2012. Now the young dog has found a love of music.

Pablo the dog's black fur waves in the wind as he walks down Regina's streets.

He looks like an ordinary dog, but Pablo — or Pablorotti — isn't a typical Schnauzer/Scottish Terrier mix. First found in Italy, the pooch has a love of singing along to opera.

"His whole body changes when he hears the music," Andrea Peters said. 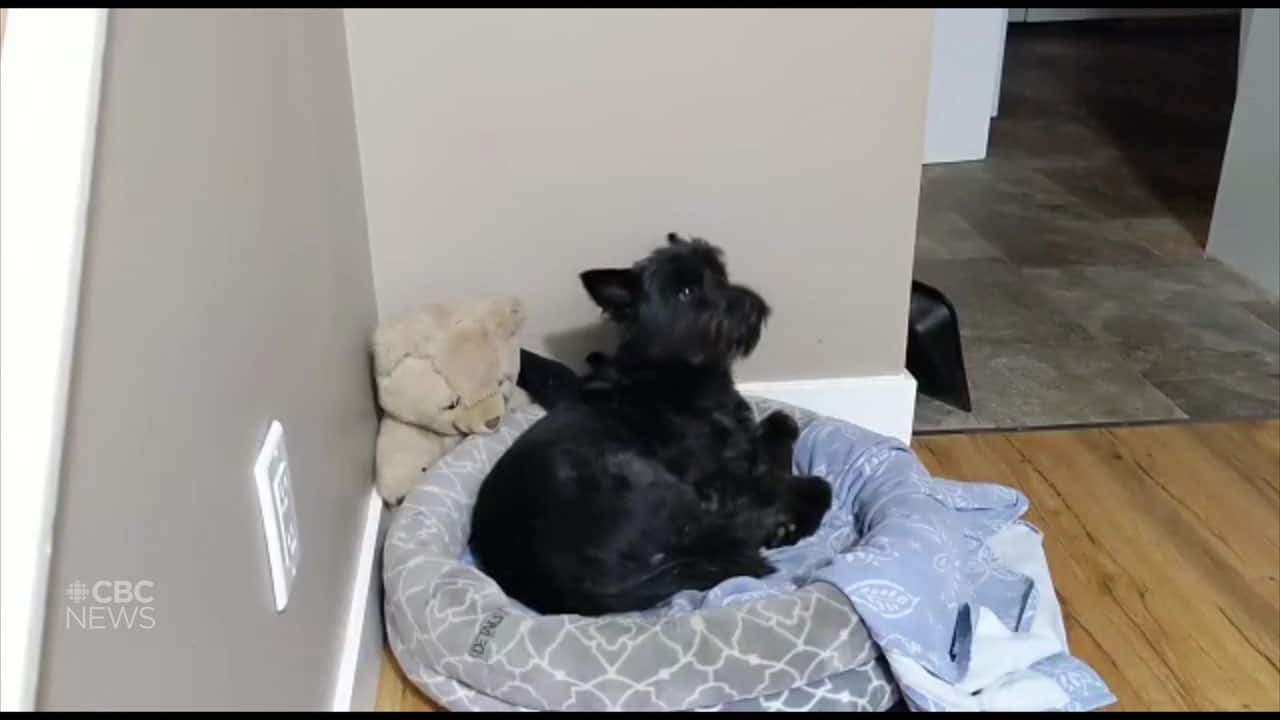 Pablo: The dog with an opera song in his heart

14 days agoVideo
0:34
Pablo was found starving and covered in fleas, then his new family discovered he had a love of opera 0:34

Peters found Pablo when she and her family were living in Italy in 2012. She and her three children were looking out the balcony and saw a weak, thirsty dog under an olive tree in the park. Peters took him in.

"I put them in the bathroom because he was horribly disgusting. He had fleas and ticks and worms and he was dehydrated, malnourished," she said.

She soon learned the laws in Italy are different than in Canada.

"I found out after I couldn't find a new home for him that to take an animal into your home, it becomes yours unless you can find a home for it," Peters said. "So what do you tell your three children?"

She and her children got him a bed, a leash, a dog dish and food. He was theirs.

Peters had always been an opera fan. While living in Italy, she would play opera music and sing along.

Then Pablo started to howl along to the music.

Peters thought maybe the music was bothering Pablo's dog ears, so she decided to do a test.

"I came up into my bedroom, closed the door just enough so that it would partially open. Then I sat on my bed with the music on. And he was downstairs," she said. "He literally ran up the stairs, pushed open the door, jumped on my bed and started singing with me."

Now the two will sing together on the couch in the mornings. Pablo grumbles as he warms up.

"He's very camera shy, though," Peters said. "If he sees that you're watching him, he might, you know, give you the side eye … like stage fright or something. And then he won't perform."

When he does perform, his little snout lifts up high as he sings in the family's living room. Pablo also sings along to pop music such as Celine Dion. He will go along with both feminine and masculine voices.

"I think that there are some animals that do find pleasure in song," Peters said. "And all we can do is giggle."

With files from Ethan Williams and The Afternoon Edition