The federal government says it will introduce an order-in-council forcing railways to move a minimum amount of grain each week. 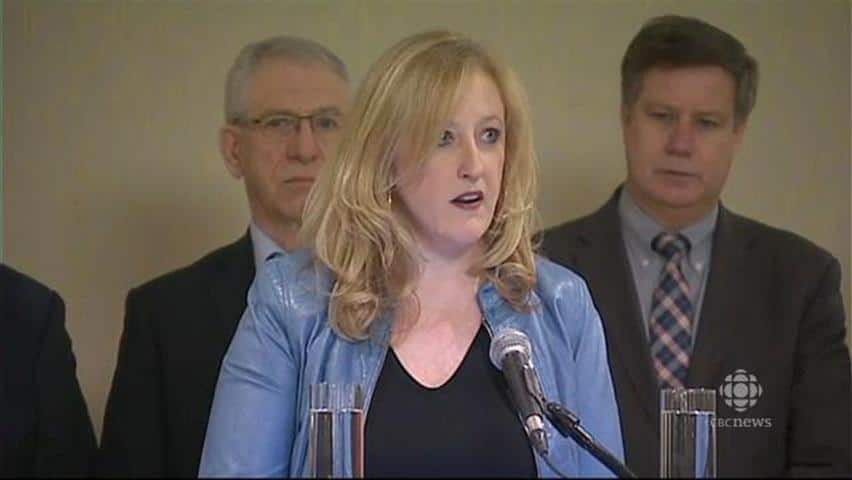 7 years ago
2:50
Transport Minister Lisa Raitt announces measures to get grain moving across the prairies. 2:50

The federal government says it will introduce an order-in-council forcing railways to move a minimum amount of grain each week.

Transport Minister Lisa Raitt says that minimum will be set at 500,000 tonnes, which works out to 5,500 grain cars each for Canadian National and Canadian Pacific.

She says there will be penalties of up to $100,000 a day if CP and CN don't meet the requirement.

The government is giving the railways four weeks to ramp up to the minimum level.

A record harvest coupled with a transportation bottleneck has left grain sitting in bins across the Prairies. Last year's harvest was up by about 20 million tonnes.

"Our government is well aware of the challenge facing farmers across Western Canada. This is a very serious situation," Raitt said at a news conference on Friday in Winnipeg.

Canada is at risk of losing its reputation around the world as a dependable supplier of grain if the backlog isn't addressed, she added.

"We have to demonstrate that Canada can maintain an efficient transportation system which is capable of moving our grain to market," she said.

"This is an issue of great significance and we have to address it in a timely manner."

Agriculture Minister Gerry Ritz, who was also at the news conference, said railway companies have "dropped the ball."

CN and CP did not get a heads-up about the order, Raitt said.