This month, Liz Ikiriko became the first Black artist to be acquired by Dunlop Gallery for their permanent art collection.

As a child, artist Liz Ikiriko loved peeking into the Dunlop Art Gallery on her way to the bookshelves at the Regina Public Library central branch. Spending time at the library helped shape her sense of culture.

Now, the Regina-born-and-raised artist might in turn influence other young people. This month, Ikiriko became the first Black artist to be acquired by the library's gallery for their permanent art collection.

The RPL acquired two of her pieces: Anchored and Homegoing.

They are both photos from Flags of Unsung Countries, a photo installation series that explores what it meant to grow up and live as a Black person in the Prairies.

"The act of making this series was an act of finding belonging and identity for myself," she said.

The series is an exploration of how to better understand her father, who spent 40 years in Saskatchewan as a Nigerian immigrant, contending with racism and other challenges. 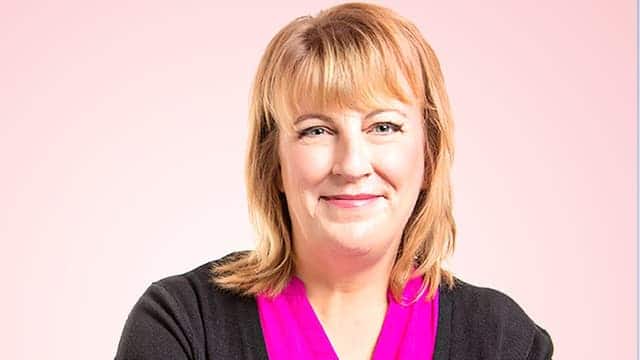 The Morning Edition - Sask6:53"Flags of Unsung Countries" by Regina-born artist Liz Ikiriko
It’s Black History Month, which also coincides with the first time the Regina Public Library has acquired artwork by a Black artist. "Flags of Unsung Countries" is a photo installation series by Liz Ikiriko that explores what it meant to grow up and live as a Black person in the prairies. Ikiriko was born and raised in Regina but currently lives in Toronto. 6:53

As a Nigerian-Canadian and biracial woman, Ikiriko says she never quite felt a sense of belonging in the Prairies until her father died.

"I got his ashes from Saskatoon. When I went to get them, I realized that I kept looking for some entity to claim me in this place, in the Prairies. Then I realized that it was my job. I realized I'm home because I chose this place. This is my sense of belonging," Ikiriko said.

Alyssa Fearon is the director/curator at Dunlop Library who acquired the pieces. She said it was important and needed for representation. "Whose voice is missing? Whose voice should be heard?"

Fearon said she wanted to acquire the two pieces because she saw a connection between the deaths of Ikiriko's father and Samwel Uko.

"Both were African migrants who struggled with mental health upon moving to the Prairies and were let down by systems that were supposed to offer care, but didn't."

Uko was a 20-year-old from Abbotsford, B.C., who was in Regina visiting an aunt when he died on May 21, 2020, after drowning in Wascana Lake.

Before his death, Uko sought help at the Regina General Hospital while in the throes of a mental health crisis. Uko's family says he died by suicide after seeking help at the hospital. The Saskatchewan Coroners Service confirmed his body was found in the lake, but wouldn't confirm the cause of death. Premier Scott Moe said the coroner's service will conduct a public inquest into Uko's death.

The Saskatchewan Health Authority offered a formal apology to Uko's family in July for its actions in the hours before Uko was found dead and is reviewing Uko's second visit to the hospital.

Uko's family is suing the Saskatchewan government and the health authority. A statement of claim issued October 2020 alleges negligence on the part of hospital staff.

"These are situations that are so painful and so challenging. The isolation that so many people feel when contending with mental health issues and living in spaces where dominant culture naturally isolates you as well. It's really something that needs to be addressed more often."

Ikiriko said the Dunlop Gallery acquiring her work feels like a homecoming.

"The acquisition acts as a form of saying: 'Yes you are home. And we see the work you are doing and the work you've done as making a mark on the Prairies and that's valued.' That was profound for me and another act of homegoing —and for my father too." (Funerals in Black culture are often called homegoings.)

She said growing up she didn't see Black representation in art in Regina. She hopes her work will speak to other Black artists, especially young visitors of colour on the Prairies.

"I hope they have a sense of recognition, a sense of grounding, a sense of place, and to imagine that, that's radical."

Ikiriko hopes the Dunlop will acquire more artists who are Black, Indigenous or people of colour.

"I hope this is a pivotal point for the collection to be expanded and to address the gaps that have existed," she said.

Omayra Issa is a senior reporter for CBC News based in Saskatchewan. She has reported in several Canadian cities, including Saskatoon and Ottawa. @OmayraIssa