The four victims killed Friday in a pair of shootings in a remote northern Saskatchewan community have been identified by family members. The victims are said to be Marie Janvier, Adam Wood, and brothers Dayne and Drayden Fontaine

Marie Janvier, Adam Wood, and brothers Dayne and Drayden Fontaine are being remembered

It started out as any other day, but for Marie Janvier, it would end in tragedy.

Janvier, 21, was one of the victims of a shooting at the community school in La Loche, Sask. on Friday. She was an educational assistant at the school.

The other victims have been identified as Adam Wood, and brothers Dayne and Drayden Fontaine.

Marie's cousin, Patrick Wagenaar, said he heard about the shooting before he realized one of his relatives was a victim.

"I couldn't believe it, but I immediately burst into tears," Wagenaar said.

Wagenaar said Marie was "charming" and well-liked in the community.

"She was a great storyteller, she was kind," he said. "I don't know, I loved her so much."

Another cousin, Kaleisha Janvier, was mourning today as the reality of the situation started to set in. 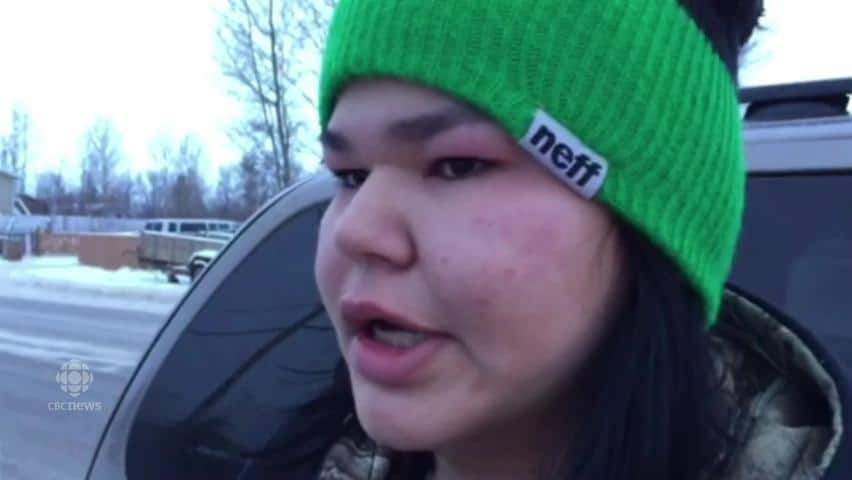 Standing outside the school where the shooting occurred, a tearful Janvier told CBC News she couldn't go back into the building.

"I feel too scared looking at it. It traumatizes me," she said, recalling how she had met up with her cousin hours before her death.

"She was so happy. I seen her smile. I walked past her and said 'hi.' That was the last time."

Kaleisha said she'll always remember her cousin's smile: "Her smile was so beautiful."

Marie's aunt, Diane Janvier, remembered her niece a similar away. She said Marie's smile could light up a room.

"I feel like I'm in a nightmare and I want to wake up," she said.

The CBC News team was parked on the side of the road Friday evening when Janvier pulled over to make sure they were OK. She told reporter Devin Heroux about the loss of Marie.

Adam Wood, another of the shooting victims, had arrived from Uxbridge, Ont.,last September to begin his teaching career in La Loche.

In a statement released Saturday, family members described Wood as funny and adventurous.

"Adam was quite an adventurer, had a passion for life, and would often make you laugh until your stomach hurt. He was always up for a good challenge and lived each day joyously," the statement reads, adding their prayers go out to the families of the other victims, the community of La Loche and everyone affected by the tragedy.

Don Herman stood outside the school on Saturday morning with a rosary, praying for his two nephews, Dayne and Drayden Fontaine.

"As soon as I heard this yesterday, I thought to myself, 'Did I just [wake] up or is it a dream?'" Herman said.

"These two young kids, they didn't even start their life and they're gone," he said.

Herman said the community will be mourning for a very long time, and the tragedy will be in their hearts for the rest of their lives. He added that the community has lost too many young people.

"Lately we've been losing teenagers, mostly teenagers that should be our future, but we see them in the graveyard now," he said. "Compared to 10 years ago, it wasn't like that. Now, we barely have room at the graveyard because of suicide, [and] tragedies like this."