A small community in northern Saskatchewan is reeling after shootings at two locations left four people dead. Several others were wounded in the violence in La Loche, which has a population of about 3,000 people. 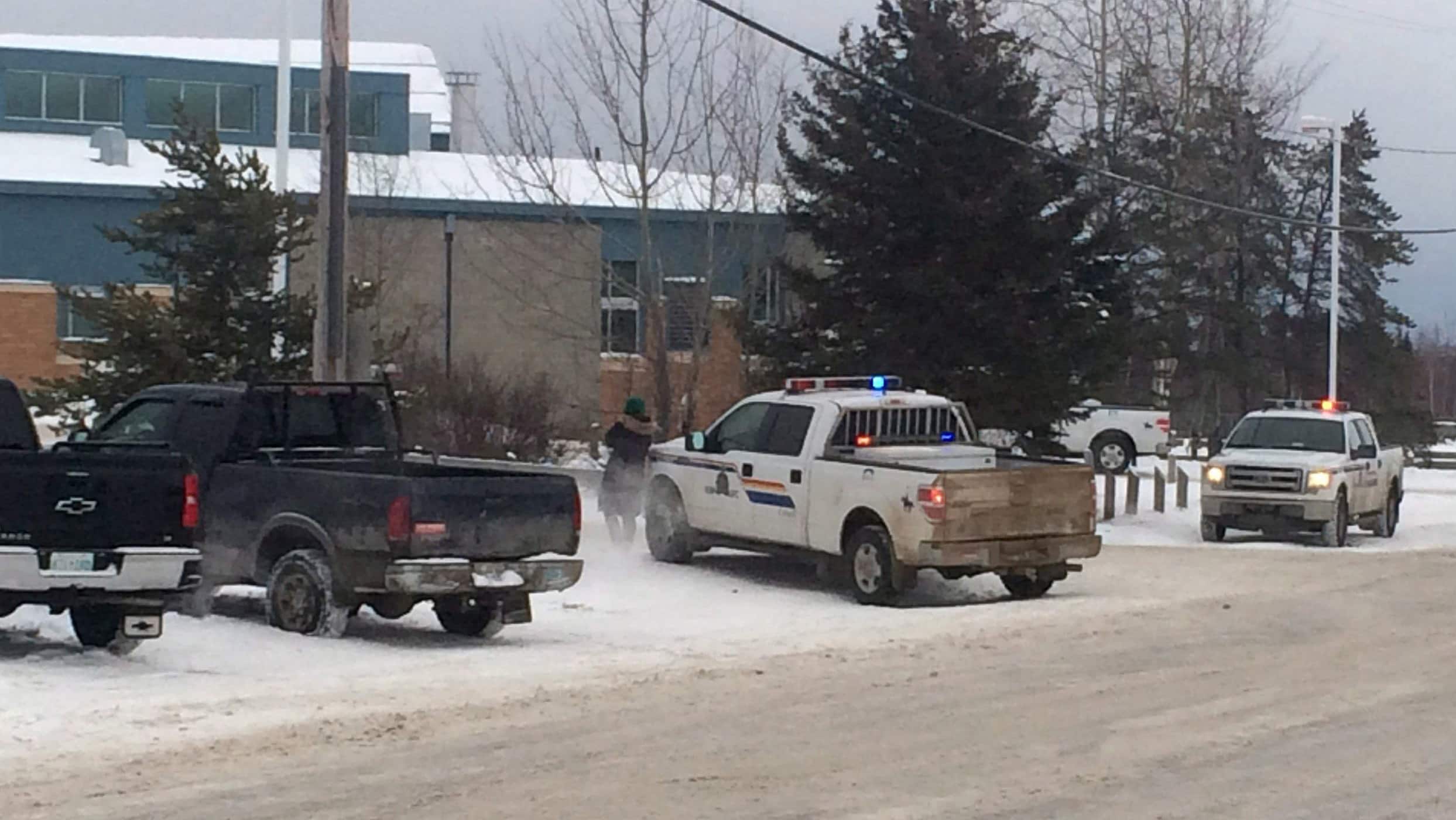 A small community in northern Saskatchewan is reeling after shootings at two locations — including a high school — left four people dead.

Several others were wounded in the violence in La Loche, which has a population of about 3,000 people.

"I feel like I'm in a nightmare and I want to wake up," said Diane Janvier, who told CBC News that one of the victims was her niece.

RCMP confirmed the deaths during a news conference Friday night in Regina, and added that a male suspect was in custody and the immediate threat was over.

"There's no risk to public safety at this time," Chief Supt. Maureen Levy, a senior officer for the Saskatchewan RCMP, said, adding she could not provide details on the number of people wounded or the nature of their injuries.

"This is truly a tragedy."

Community members held vigils Friday night outside the school and at a local church to mourn for the victims.

"There were candles all over the parking lot of the school," CBC's Devin Heroux said.

Levy said two locations were at the centre of their investigation, including the high school and a place on the 300 block of Dene Crescent in La Loche.

Teddy Clark, chief of the neighbouring Clearwater River Dene Nation received a text message from his daughter about the shootings while he was at a meeting in Saskatoon.

The message read, "Dad there's been a shooting at the school."

"I immediately called her," he said and, after learning she was at home, told her to stay there.

Earlier Friday, Prime Minister Justin Trudeau said he had been told five died in the shooting.

Levy told reporters in Regina that the investigation was in its early stages and she was not ready to disclose much more information.

"I cannot release the identity of the victims as the investigation is ongoing," she said. "In addition to those confirmed deceased, a number of people have been injured. We do not have information about the type or extent of their injuries."

According to eyewitnesses, a shooter approached the school (with grades 7 to 12) and shots were fired outside and inside the building.

"I ran outside the school," Noel Desjarlais, a Grade 10 student at the school, told CBC News. "There was lots of screaming. There was about six, seven shots before I got outside. I believe there was more shots by the time I did get out."

"Myself I'm fine," he said. "I ended up running and telling people [to] get out the doors."

There was lots of screaming.- Noel Desjarlais , Grade 10 student

RCMP in Saskatchewan said they were called about "an active shooter" at 1 p.m. CST and said they had a suspect in custody 45 minutes later.

The suspect was arrested outside the school and a firearm was seized. Another school in the community, for elementary grades, was also put under a lockdown. Levy said the lockdown had been lifted.

"We have no idea what happened and how it happened and why it happened," Kevin Janvier, acting mayor of La Loche, said Friday afternoon. "It's something we should never hear of happening and it's happened today."

He said people were gathering at the community hall where grief counselling would be available.

"Obviously this is every parent's worst nightmare," Trudeau said Friday in a brief statement from Davos, Switzerland. "The community is reeling and all of us across this country, [our] hearts are going out to the families and to the whole community."

Trudeau also thanked first responders who reacted "quickly and bravely" in what he called a "tragic and terrible day."

Saskatchewan's air ambulance system was dispatched to La Loche, which is about 500 kilometres northwest of Prince Albert, Sask., around 1:35 p.m. CST.

"We are in shock and in disbelief upon hearing about the tragedy in La Loche," Bobby Cameron, chief of the Federation of Saskatchewan Indian Nations, said in a statement Friday. "Our thoughts and prayers go out to the families, the children, the students and the entire community of La Loche in the wake of today's horrible incident."

"Words cannot express my shock and sorrow at the horrific events today in La Loche," Wall said. "My thoughts and prayers are with all the victims, their families and friends and all the people of the community. Thank you to the RCMP and all the emergency personnel who responded quickly to the shootings. Saskatchewan Education and Social Services will be available to provide all necessary crisis support and counselling services to the school and the community."

NDP MP Georgina Jolibois, who has served as mayor of the community in the past, said she was "shocked and saddened" by the shootings.

"The shooting hits close to home for me as my family members attend the school," she said in a statement.

She added that the community "has faced adversity in the past and we will persevere," adding that her thoughts and prayers were with everyone affected by the shooting.

"This has a dramatic, negative effect on absolutely everyone," Buckley Belanger, who represents the area in the provincial legislature, said Friday. "But as many people tell us in our community, we have to be resilient."