“I think we have a very narrow and inadequate representation of the history of Black people not only on the prairies, but in the country. It is a history that has been erased,” says Cheryl Foggo.

'It is a history that has been erased,' says Cheryl Foggo

On a hot August 2019 afternoon, Cheryl Foggo stood where her great-grandfather lived more than a hundred years ago. She felt comforted by the beauty of the vast prairie landscape in the Eldon district of Saskatchewan.

"It was wonderful. It was a beautiful day."

She had come along with some 300 people for the unveiling of a ceremonial plaque at the Shiloh Baptist Church, which had become a provincial historical site.

That date had special meaning for Foggo.

"It so happened to take place on the exact date that my grandparents got married on my great-grandfather's land 100 years to the date. It was their 100th anniversary," she said from her Calgary home.

"Earlier that day, there was a breeze on the ridge over the spot where the wedding happened."

Both sets of Foggo's maternal grandparents came to Saskatchewan from the U.S. at the turn of the 20th century. Three generations lived in the province before moving to Alberta. The family eventually spanned across the three Prairie provinces.

Coming back to Saskatchewan carried a special significance for Foggo.

"It was easy to imagine my grandmother picking berries and seating herself on a huge flat rock to eat them," she said.

Foggo's ancestors were among the 1,500 to 2,000 African American farmers who came from the southern U.S. from 1905 to 1911 in search of a better life and a place that was less hostile and dangerous than Jim Crow America. They established five small pioneering communities: one in Saskatchewan and four in Alberta. Their story is steeped in slavery, racial segregation, and the fierce desire for emancipation.

Foggo has been reclaiming her family history for decades. More recently, she has been doing the same for an iconic Black figure on the Prairies, John Ware.

Her documentary John Ware: Reclaimed, set to premiere at the Calgary International Film Festival on Sept. 24, re-examines the story of Ware, the Black cowboy who settled in Alberta prior to the turn of the 20th century.

Ware arrived in southern Alberta in 1882 in the first cattle drive that came into the region.

Ware proved himself to be a charismatic man and a highly skilled rancher. He owned two ranches, ultimately reaching one thousand head of cattle. He also pioneered irrigation in the region.

Legends of his talents as a horseman were known in Indigenous communities on Treaty 7 territory. He was friends with chief Crowfoot of the Siksika First Nation and was known in the blackfoot communities as a "Black white man."

His wife, Mildred Lewis Ware, came from a successful Black family in Toronto.

Mildred was an icon. She reportedly never rode a horse.

In her 2020 book The Black Prairie Archives: An Anthology, Karina Vernon identified Mildred as the first Black woman writer on the prairies.

The couple married in 1892. The bride was reported to be "of a happy disposition, well cultured, and accomplished" by the Calgary Tribune. The couple had six children.

"It was a very interesting relationship and a powerful love story and an example of Black love," Foggo said.

John Ware's story is a fundamental Prairie story and an indelible thread in the Canadian narrative.

"It is important to connect John Ware to the Black history that was here in his time, carried on, and has been here from that time forward," Foggo said. 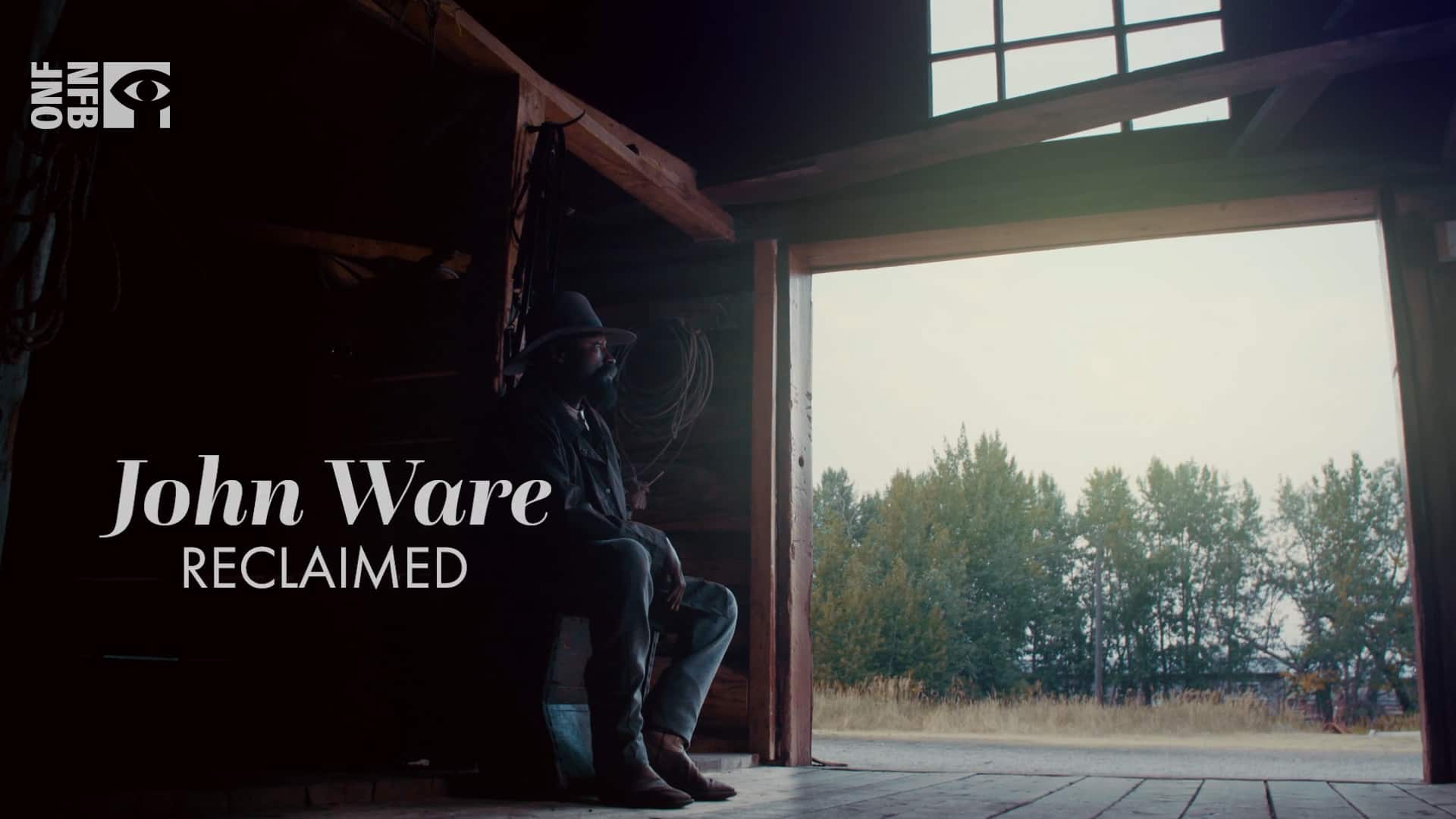 5 months ago
1:27
John Ware Reclaimed, a documentary by Cheryl Foggo, is premiering at the Calgary International Film Festival on Sept. 24. 1:27

Foggo's documentary lifts Ware from a footnote in the annals of history to centre stage. She said she wanted to restore an important part of history for southern Alberta, the Prairies and Canada as a whole.

"A lot of people think of him as the lone, solitary figure that represents all of Black history in Alberta. It was really important for me to establish as well that our roots here are long and deep and broad. We have indeed been here for a long time."

Restoring Ware's place in the Prairie and Canadian narrative also reclaims him from the myth and the stereotypes of the big, amiable Black cowboy.

"I think we have a very narrow and inadequate representation of the history of Black people not only on the prairies, but in the country. It is a history that has been erased,"  Foggo said.

More Than A Century Long Echo

More than 135 years after John Ware's arrival on the prairies, the anti-Black racism he encounted still remains: racial profiling by police, daily micro-aggressions, institutional silencing and much more.

It wasn't uncommon for Ware to be refused service or have police called on him in Calgary establishments.

"He faced the same kind of racism that we face today, both the individual racism and the systemic racism built into the institutions he dealt with," Foggo said.

Black Lives Matter protests drew thousands of people demanding systemic changes in the fight against anti-Black racism to the streets of cities and small towns across the Prairies last summer.

"The imagining of Black people has not changed for a century," said writer and educator Bertrand Bickersteth, who appeared in Foggo's documentary.

"The representations of Blackness that we see are not full or complete. John Ware himself had to struggle against exactly that. It's hard. That is why the events we have seen this summer have played themselves that way."

According to Statistics Canada, the Prairies have the fastest growing Black population in Canada. It has quadrupled in the last 20 years.

Foggo's documentary and John Ware's story challenge the persistent notion of the prairies as a non-Black space.

"I would like for young people of African descent who don't know John Ware and live on the Prairies, to take away from this their rootedness here and how much they belong," Foggo said.

Omayra Issa is a reporter with CBC Saskatoon. She has reported in several Canadian cities, including Regina and Ottawa. Follow her on Twitter @OmayraIssa. Story idea? omayra.issa@cbc.ca