Humboldt Broncos crash site is no stranger to tragedy

The remote Saskatchewan intersection where the Humboldt Broncos bus crashed on Friday, killing 15, has seen tragedy before: a family from B.C. was killed in the same spot in 1997.

Crash that killed 15 prompts calls for more safety at small-town crossing in Sask. 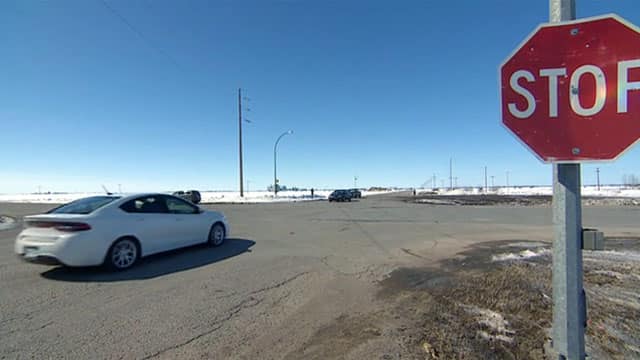 3 years agoVideo
2:31
Investigators are looking at the intersection where the Humboldt Broncos bus crash happened to determine what went wrong. 2:31

Warning: This story contains photos of the crash scene.

In the days after 15 people on a bus carrying the Humboldt Broncos hockey team were killed at a rural Saskatchewan intersection, questions remain about the cause of the collision and whether the area could be made safer to prevent future tragedies.

There are questions that have been raised before about the crossing, known locally as Armley Corner: 20 years ago, six members of a B.C. family were killed in a crash around the same spot.

Flashing red lights were installed after that. But Friday's tragedy — being called one of the most devastating in Canadian sports — has renewed calls to rethink additional safety measures.

"Something else has got to be done," said Art Lalonde, reeve for the Rural Municipality of Connaught.

On Friday, the charter bus carrying the Broncos junior hockey team collided with a semi-trailer at the intersection northeast of Saskatoon.

The team was heading to Nipawin, Sask., for a semifinal game against the Nipawin Hawks. Their bus was travelling northbound on Highway 35, which has a speed limit of 100 km/h. It would have had the right-of-way as it crossed Highway 335.

A semi-trailer travelling west along the 335 would have approached a stop sign and a flashing red warning light before the crossing.

But, for reasons that remain unclear, the truck and bus collided around 5 p.m. CST.

The front half of the bus was obliterated; the rest was torn away to reveal seats and strips of ceiling. The trailer was destroyed and its cargo thrown wide across the snow.

Each vehicle came to a rest on its side at the northwest corner of the intersection.

Of 29 people aboard the bus, among the 15 who died: 10 players, two coaches, an intern, a play-by-play announcer and the driver. Others remain in hospital recovering from their injuries. One player was released on Saturday.

The truck driver survived and was initially detained by RCMP. He has since been released and is receiving psychological support.

Metres away from the intersection, six white crosses — three small, three taller — sit at the side of Highway 35. The Broncos' bus would have driven by the memorial moments before impact.

The crosses are for the B.C. family killed at the crossing in June of 1997. The pickup they were in failed to stop at the stop sign, crashed into a grain truck and burst into flames.

Dylan Fiddler was just six years old when he lost his mother, aunt, uncle and three young cousins in the accident.

He said news of Friday's crash "hit home maybe more than others can imagine."

Maybe now, after so much death on that corner, he said he thinks something will be done to improve it.

Lalonde said the flashing red lights that sit at the intersection today were installed after the crash that killed Fiddler's family. ​

Coun. Brad Schiltroth, who represents the area, said he and Lalonde both believe there's still improvements to be made — especially now.

"People drive through that intersection all the time and there's no reason for it," said Schiltroth.

Lalonde suggested rumble strips on the highway, while others have raised questions about a row of trees lining the southeast corner of the intersection and their impact on visibility.

Ultimately, Lalonde said making changes to highways is outside a municipality's jurisdiction; all council can do is offer suggestions to the province.

"What they do with it is entirely up to them," the reeve said.

RCMP have released few details about its investigation into the cause of the crash, saying traffic analysts continue to examine whether road, weather, mechanical or driver conditions played a role. Mounties said the investigation will take "some time" due to the sheer amount of evidence.

With files from Olivia Stefanovich and The Canadian Press