An infectious disease physician with the Regina Qu'Appelle Health Region says Saskatchewan is in what he calls "a state of emergency" as the number of new HIV cases in the province continues to rise.

Alexander Wong said injection drug use is the primary way HIV is being transmitted — as opposed to sex between men— making the province's situation unique across North America.

"It's a complicated dynamic that defies a simple solution, I think, and a simple explanation," he told CBC Radio's Morning Edition on Friday.

According to preliminary numbers provided by the Ministry of Health, there were 170 new cases of the disease reported in province last year, which is an increase of 10 since 2015.

The number of new cases of HIV reported annually by the Ministry of Health:

This means the province continues to lead the country when it comes to new cases of HIV, with rates two times higher than the national average.

The ministry added that it expected the data to show a rise, since there is more testing for the disease, which Wong believes accounts for only part of the explanation. 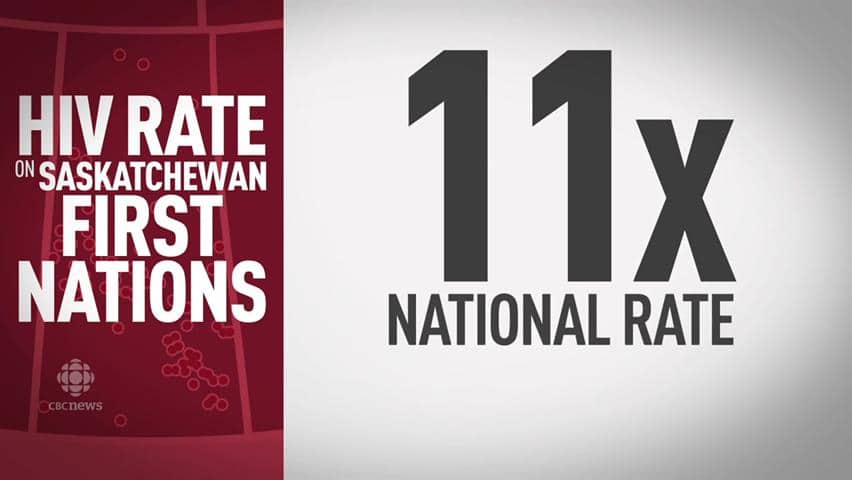 He said barriers exist when it comes to people accessing proper help when they become infected.

For example, Wong says, there is a level of "social chaos" in the lives of people who contract the disease because it is mainly spread through intravenous drug use.

He also said a lot of the cases occur in remote rural areas of the province, like on reserves, and in north and central Saskatchewan, making it all the more challenging to access proper care.

Despite the new data, Wong remains hopeful those rates of infection could fall.

He points to figures in Regina's health district that illustrates a decrease since 2011, which he attributes to proper staffing and good record keeping.

"There's a political impetus that's required, whether that's at a provincial level or a federal level."

"It's very, very important that we put the necessary resources in place to support the teams and the programs," Wong said adding that public awareness is also key.