'It's taking a toll': former Sask. resident volunteers as nurse in NYC hospital during pandemic

A former Saskatchewan resident has volunteered to be a nurse in New York City—the epicentre of COVID-19 in the United States. He knew it would be tough, but didn't know just how much of a toll it would take on him.

'I don't think I can do another month. It's ravaging my mind,' says front line healthcare worker.

A former Saskatchewan resident has volunteered to be a nurse in New York City — the epicentre of COVID-19 in the United States. He knew it would be tough, but didn't know just how much of a toll it would take on him.

Anil Gorania, who moved from Saskatchewan to the U.S. in 2008 and became a nurse, says he was compelled to volunteer at New York's busy hospitals during the pandemic.

"I saw people suffering on the news and I immediately thought of the nurses," said Gorania.

"I thought of how overwhelmed they were … I know what those words mean when they're saying there's a four-to-one patient ratio in the ICU and patients in the hallway. That means some of those patients were dying alone. And I couldn't stand by and do nothing."

Anil Gorania was born in Swift Current and spent more than 30 years living in Regina. He and his family now reside in Oregon. But Gorania says he still considers Regina to be his home.

Gorania has been working at multiple hospitals in New York City for the past month.

He says nurses are under immense emotional, mental and physical stress as they deal with high COVID-19 death tolls and constant interruptions to their duties, like new emergency room arrivals and patients crashing.

"I don't think I can do another month. It's ravaging my mind," Gorania said.

"I'm going to need a psychiatrist, or a therapy group at the very least. These stories of these people and all these patients gather in my mind. And every one of them is there for life. They're not going to leave. Those patients are in my mind forever."

Gorania says nurses are used to saving more people than they lose in intensive care units. But that has not been the case during the pandemic. Gorania says it's very common to see nurses crying in the hall either because of the stress or because of losing another patient.

Gorania says the shocking reality of the pandemic hit him as soon as he arrived in New York City a month ago,

"It was traumatizing from day one. Before I even reached the hospital, the wail of sirens shrieking through the night was constant."

He says he was initially shell-shocked because healthcare workers are required to put on a mask before they even enter the hospital. This is because all the air is contaminated in the building.

"The fear struck right then," he says.

Gorania says there are story cards on patients' doors that show the patients when they were healthy, as well their families. The purpose of this is to humanize the person with COVID-19.

"You look at the picture and then you walk in the room and they're unrecognizable. You can count 10 to 20 different lines coming in and out of every part of their body."

Gorania says this is taking a toll on healthcare workers. He says is not just the elderly and unhealthy that are dying — it is the young as well.

Many nurses express their concerns about having or getting PTSD, says Gorania. But he says the New York hospital he is currently working at has done a good job of providing meditation options, emotional support and respite for struggling healthcare workers.

Gorania says that while the COVID-19 situation in New York hospitals is improving, it is still bad. He says he will stay and help as long as he can, as there are not enough nurses working on the front lines.

"But I'm struggling to see that I can do another month." 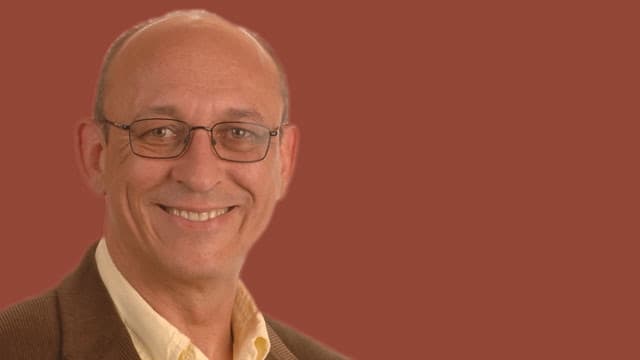