For this northern Saskatchewan First Nation, the future is Indigenous tourism

In the heart of Saskatchewan's boreal forest lies Waters Edge Eco Lodge. The tourism destination is located on the traditional lands of the Waterhen Lake First Nation and the people of that nation just got that land back.

The tourism destination is located on the traditional lands of the Waterhen Lake First Nation. The people of that nation just got that land back.

The nation recently bought the resort, located 50 kilometres north of Meadow Lake on the west side of Greig Lake. The purchase marked the beginning of an ambitious, community-run leap into the world of Indigenous tourism.

Not only will the tourism provide visitors with a special experience, it will also benefit the Waterhen community both spiritually and economically.

"You're coming back home to the land where we once were, where our ancestors once practised," said Jesse Morin, operations manager for the Waterhen Lake First Nation Development Corporation and the interim manager for the newly purchased Water's Edge Eco Lodge. "It was not only a welcome home, but here's where we're taking the future. The Eco Lodge and tourism is what's going to feed our children in the future."

The lodge is already open to the public, but Morin has big plans. He will soon be bringing in 10 teepee lodges and is planning tourism packages that capitalize on the boreal forest and Waterhen's traditional territory.

He said the First Nation will stay away from stereotypical commercialism. This means not exploiting Indigenous culture, but educating people about what that culture means.

"When it comes to our traditional culture and spirituality, there's a fine line between education and experience," he said.

Morin said those who visit the Eco Lodge will learn how the Indigenous people of the area live off the land now, and how they used to.

"We want to give you more of an experience of what we were doing here, whether it's going for a canoe ride, maybe setting a trapper's tent or going out to do a mock trap line, maybe going to identify some of the herbs and medicines in our area."

Morin said Indigenous tourism has become very popular over recent years and Waterhen is ready to jump in with both feet.

Now, Waterhen is expecting an influx of European tourists over the next two years and is also focused on building a strong domestic clientele. 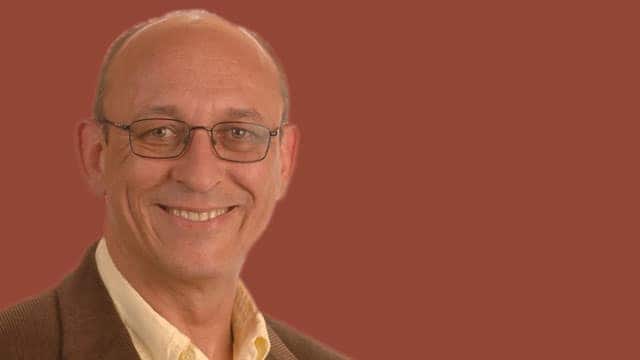 The Afternoon Edition - Sask7:27This is how Indigenous communities in Sask., are hoping to attract more tourists
It is National Indigenous Peoples Day. It's a day to celebrate the unique heritage and diverse culture of First Nations, Inuit, and Metis people. Meanwhile many Indigenous communities are hoping to attract tourists YEAR-ROUND to take in that history and culture -- and pay for the experience. CBC's Laura Sciarpelletti joined the show to tell us more.

Waterhen isn't the only First Nation to take on Indigenous tourism in Saskatchewan.

A recent survey of North American and European tourists found there is an appetite for Indigenous-led tourism, but only if it does not exploit the community and provides an authentic cultural experience. The problem is the notion of authenticity is often based on stereotypes.

This is often on Kevin Seesequasis' mind. He's the community and tourism development officer from Beardy's and Okemasis Cree Nation, located about 90 kilometres northeast of Saskatoon.

It's part of an Indigenous tourism corridor in the area that includes a casino, a golf resort and a heritage centre with bison. Soon, the nation's tourism project will include teepee-inspired lodges for a 'glamping' experience. They hope to get the province of Saskatchewan's permission to place the lodges in Fort Carlton Provincial Park.

It was recently announced that funding from the Tourism Relief Fund and Trans Canada Trail will be used to construct more than 20 kilometres of trail, to be named Pêmiska Trails, through the Beardy's & Okemasis community.

"We found that a lot of international visitors have this Disney-fied perception of who Indigenous peoples are," said Seesequasis. "We have to educate people more and better on who we are as authentic Indigenous peoples. We're not the Peter Pan-type style Indians."

He said the nation wants tourists to know that they don't wear buckskin dresses, headdresses and feathers every day.

"I think we've been able to strike a really, really appropriate balance. We had some very, very good meetings with our knowledge keepers and our elders in our community, and they told us what we can showcase and what was certainly off limits."

So what is off limits for tourists?

Seesequasis said sundances, pipe ceremonies and sweat ceremonies are only for the community. But he said educating tourists about residential schools is a focus for the Beardy's & Okemasis Cree Nation.

He said people have a desire to know more about the history of colonization and why reconciliation is important in Canada.

"Those really, really dark truths we are going to showcase, and tell those stories. In spite of all that ... look at who we are now."

Participants are taught line cooking — learning how to make all different kinds of food including Italian, Asian and Canadian.

"We get them all the certificates they need. We give them the workplace essential skills that they need to go out into the workforce and teach them some cooking skills, some serving skills, so that they can go out to the real world and make it into a resort or a mine or wherever they choose to work," said Heinrichs.

Participants get 15 certificates for work in kitchens, including FoodSafe. Everyone is job-ready when they walk out the door.

Heinrichs said he hopes many take these skills and put them to use at the Eco Lodge. That way they're close to home. But he said he also wants to see them explore their possibilities.

"It changes their lives. A lot of them have been on the reserves their whole life. And when they get to leave, they get to see so much more and they get to experience so much more. So it's very good for them to go out and spread their wings."

Twenty-year-old Jowel LaPratt is currently in a ready-to-work program with Heinrichs. She said that before the program, she was shy, but now she is no longer intimidated by the prospect of serving in the hospitality industry.

"I think that was very, very helpful because a lot of people don't really get to leave the reserve and it's kind of hard for them to get jobs. With the Eco Lodge, there's more job opportunities."

2 months ago
Duration 2:16
There’s growing interest in Indigenous-led tourism that is authentic, informational and not exploitative, a new survey found, and some Saskatchewan First Nations are using tourism as a way to share their culture.

Meanwhile, back at Waters Edge Eco Lodge, Morin has hired Métis chef Jenni Lessard to develop an authentic menu that uses ingredients from the surrounding boreal forest. Lessard is primed for this job, as she runs the culinary consultant business Inspired by Nature. She was also previously executive chef at Wanuskewin Heritage Park, another Indigenous tourism destination.

Lessard grew up in the boreal forest north of La Ronge.

"I grew up eating wild blueberries, Labrador tea. It was right in my backyard, picking mint from down by the lake. And I look around here at the lodge and I see my childhood," Lessard said.

One of Waters Edge Eco Lodge's menu items will be a wild rice, wild cranberry stuffed chicken breast with a rose hip cream sauce. Another is a bullet soup with Dandelion greens and Labrador tea.

Lessard is training the culinary team at the Waters Edge kitchen and said they will be able to talk with pride about the area where the ingredients were harvested and how the dishes were created.

"Indigenous cuisine can vary from region to region. And I think what's authentic is the person who cooks it, who translates that dish, being able to tell the story behind it," said Lessard.

Laura is a journalist for CBC Saskatchewan. She is also the community reporter for CBC's virtual road trip series Land of Living Stories. Laura previously worked for CBC Vancouver. Some of her former work has appeared in the Globe and Mail, NYLON Magazine, VICE Canada and The Tyee. She holds a master of journalism degree from the University of British Columbia. Follow Laura on Twitter: @MeLaura. Send her news tips at laura.sciarpelletti@cbc.ca