A judge in Regina is refusing to allow the city's police department access to a woman's Facebook account as part of its defence in a personal injury lawsuit. 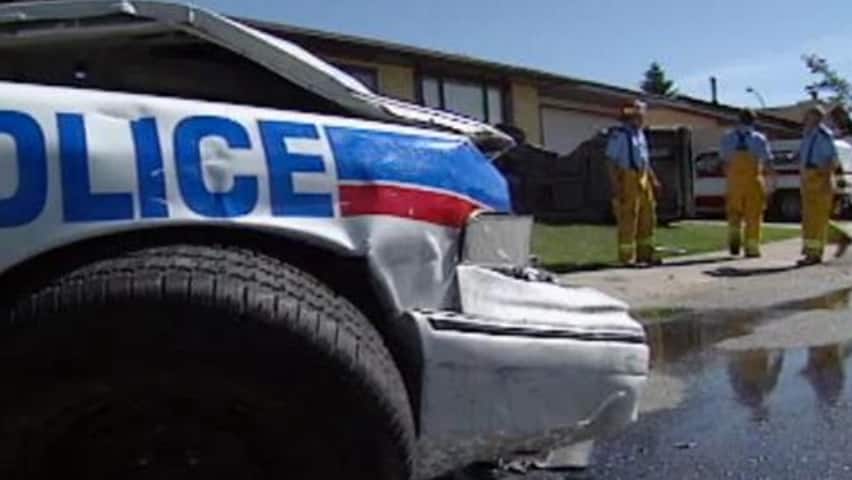 A judge in Regina is refusing to allow the city's police department access to a woman's Facebook account as part of its defence in a personal injury lawsuit.

Police are being sued by a woman who claims she suffered permanent injuries as an infant because an officer failed to follow proper procedures in a high speed chase that ended in a crash.

The crash took place in Regina in 1994 when Destany Wesaquate, now 18, was just a baby.

According to documents filed in court, Wesaquate was in a car with her mother when they were hit by a police cruiser which ran a yield sign, in pursuit of a stolen vehicle.

Wesaquate's lawsuit asks for compensation for, among other things, brain injuries.

The police department is fighting the lawsuit, countering that no high-speed pursuit policies were violated.

They also claim the child was not properly strapped into a car seat at the time of the crash.

A lawyer for the police department asked the judge on the case to order Destany Wesaquate to unlock the private areas of her Facebook account, hoping to find evidence that shows she is leading a normal life.

"In this particular case, that is a fundamental issue," Greg Murphy, from Miller Thomson Lawyers, told CBC News. "Even the act of being on Facebook could be evidence of her functioning."

But the lawyer's request was denied.

"If I were to allow the defendants' application, it would be tantamount to holding that mere proof of the existence of a Facebook site should allow a party to gain access to all material places on that site," Judge I. D. McLellan said in his decision. "It would be an invasion of the plaintiff's privacy that I am not prepared to make."

The judge said the police department would have to show that the contents of her Facebook page were relevant to the case, beyond mere speculation.

"In other words," he went on, "the defendant is not entitled to go on a fishing expedition."

However, just in case the ruling was appealed, the judge also ordered Wesaquate to preserve the contents of her Facebook account.

With files from CBC's Dani Mario