An early morning fire in Regina Beach, Sask., has left a storage facility smouldering and in ruins.

The building was a rental storage unit, which contained a lumber yard and a welding shop.

A family who live nearby were forced to leave their home after they feared the fire might spread to their property.

"At this point, I'm just glad that nobody was injured at the time, and the fire department was able to get here and save the house," said Dylan Lamontague, a grandson of the storage unit's owners.

Twelve-year-old Coen Roedelbronn lives on the threatened property with his four-year-old brother and their parents.

Roedelbronn is also a grandson of the storage unit's owners.

Volunteer fire crews managed to contain the blaze to the storage rental units.

The cause of the fire is not yet known. 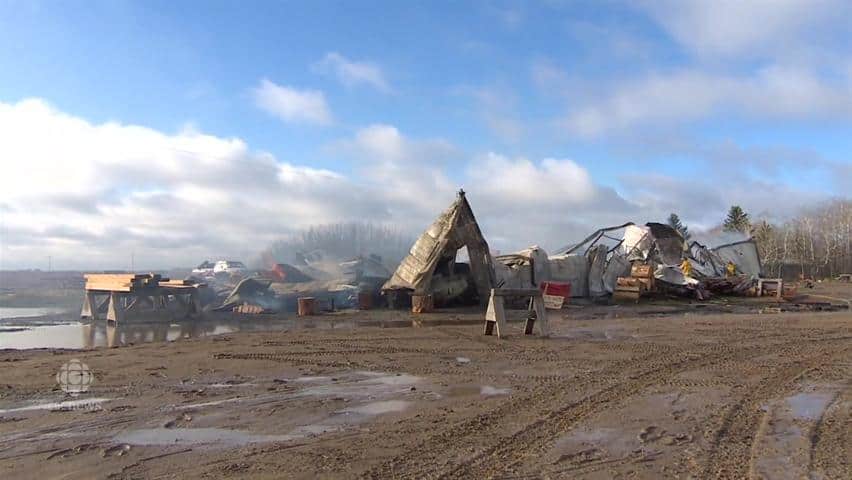