Jared Bird was in Saskatoon's Kiwanis Park, drumming live on TikTok with his group Grey Buffalo, when police approached with an unusual request about a man in distress on the nearby Broadway Bridge.

'I'm so grateful that I was there that day at that time,': Jared Bird

Jared Bird was in Saskatoon's Kiwanis Park, drumming live on TikTok with his group Grey Buffalo, when police approached with an unusual request about a man in distress on the nearby Broadway Bridge.

"We were wondering if you would walk that way, and play a little bit louder for him so we can talk him off the ledge," a police officer can be heard saying during the recording of the TikTok live.

"Because that's the only thing that's making him happy right now is your music."

The drummers agreed and walked closer to play for the man. In the end, the man stepped away from the bridge.

"It was just very emotional that day. We sang him a prayer song twice," Bird said in an interview. "It feels really amazing to be honest."

Bird said he was nervous in the beginning, but seeing the man walk away from the edge as they sang and drummed for him was so relieving.

"I'm so grateful that I was there that day at that time," he said.

Jeff Longman, Bird's dad, was drumming with the group too. He said he was also in shock when the police came over.

"It means a lot to us to save somebody's life or just to help out somebody," he said. "It was a great honour to help a young man that way. Hopefully he gets the help he needs." 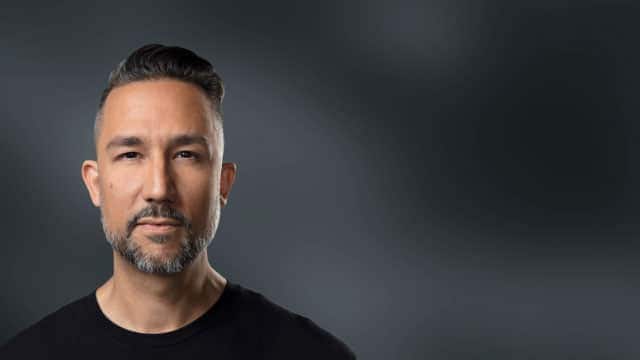 Reclaimed53:23Heartbeats
Reclaimed is the home to the next wave of Indigenous music on CBC. Combining past, present and future this series explores the many worlds of Indigenous music and introduces listeners to a new generation of Indigenous artists reclaiming their culture through music and song -- Rhythm guides everything Indigenous People do - dances, feasts, ceremonies, gatherings, songs. This is why the DRUM is at the centre of Indigenous life and spirituality... When Indigenous People hear the drum, they move as one. And that's what this episode of Reclaimed is all about, we're diving deep into the heartbeat of Native America: the sounds of the drum. So, get ready for some powwow, round dance, social and gathering songs from all across this place we call Turtle Island -- Join host Jarrett Martineau as he celebrates the heartbeat of Native America with drum songs from all over Turtle Island. From the powwow trail to every Native community, there’s a song for every occasion and the heartbeat of the drum keeps Indigenous People alive and moving.

With files from Candice Lipski