Diversity through dance: Behind the moves that connect these performers to their culture

In the spirit of Canada Day, CBC Saskatchewan is showing off the province's multiculturalism through people who are expressing their heritage through traditional dance.

From fancy shawl to Afro beats, learn how these Reginans maintain their culture through dance

In the spirit of Canada Day, CBC Saskatchewan is showing off the province's multiculturalism through people who are expressing their heritage through traditional dance.

'Telling a story about heritage and tradition': Ukrainian 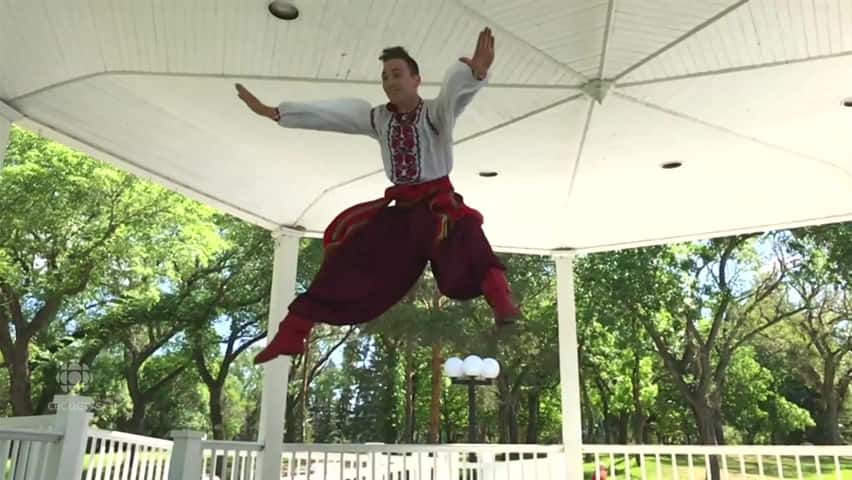 1 year agoVideo
2:03
Landon Lavoy is leaving to Ukraine this fall for 10 months to dance with a company there. 2:03

Landon Lavoy wants people to know what Ukrainian dance is about more than entertainment — it has historical meaning and is a source of pride.

"There's no better way to learn where you're from than Ukrainian dance."

Lavoy has been dancing since he was five and performs dances from different places in Ukraine, each with their own rhythm and costumes. The central Ukraine region dances are the most famous in Canada, he said, as they have the big split jumps and wide flashy pants.

"All those movements and the costuming and the music come together and they really tell a story," Lavoy said. "And that's what Ukrainian dance is about: telling a story about heritage and tradition."

Even after nearly two decades, Lavoy still enjoys dancing because he can stay in shape both physically and mentally, as well as meet new people.

This fall, Lavoy is leaving to Ukraine for 10 months to dance with a company there.

'The ability to express myself freely': women's fancy shawl 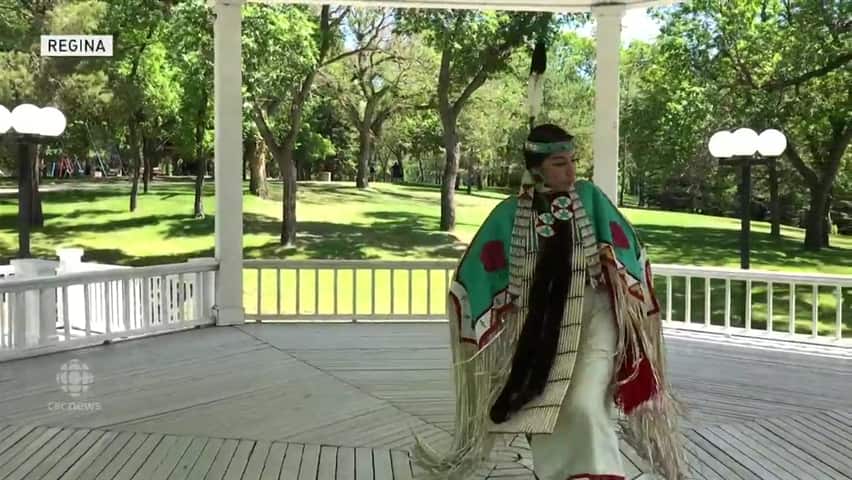 1 year agoVideo
1:48
Kaleigh Starblanket says she knows she represents people from the Treaty 4 territory when she dances. 1:48

Kaleigh Starblanket started dancing as soon as she could walk. She grew up around rhythm as her father and uncles played in a drum group.

Starblanket started as a women's traditional dancer before learning jingle and women's fancy shawl. Starblanket has now been dancing for almost two decades and is the 2019-20 First Nations University of Canada Powwow Princess.

Starblanket's love of dance is about more than the movements, she said; it's the holistic aspect. Her parents taught her the Cree teachings of balance — that everything is tied together: physical, mental, emotional and spiritual health.

"Dancing gives me the ability to express myself," she said — and for Starblanket, that means even more to her than it does to other performers.

"Throughout childhood I had the speech impediment of stuttering. I sometimes stutter still and it's really hard to overcome so I have to constantly think about words before I say them," she said.

"I don't have to speak when I dance and I have the ability to express myself freely. I'm just proving that speech hasn't restrict me."

Starblanket's style of women's fancy shawl originated with the Crow Agency and the Northern Buckskin traditional, she said. It has evolved over the years, but Starblanket prefers to continue dancing the traditional aspect, she said.

Her cape honours both her Plains Cree and Dakota Sioux heritage, and the rose represents the different women is her life.

When she dances, Starblanket knows she represents people from the Treaty 4 territory.

"I feel like I'm an ambassador in my own way," she said. "I try to keep that in mind when I travel to new places."

["Red Tine" from the album "Nitisanak-Brothers and Sister" (CR-6546) by Northern Cree published by DMG Arizona (ASCAP). All rights reserved. www.CanyonRecords.com. Used with permission from Northern Cree and Canyon Records.] 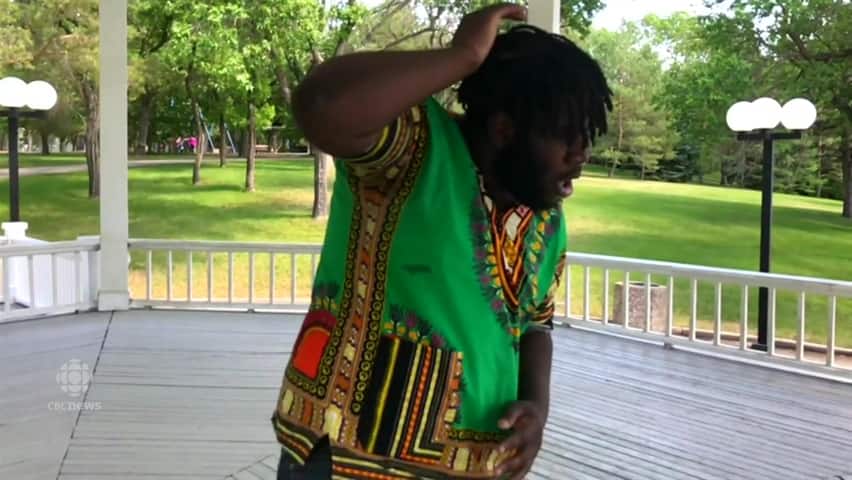 "It was so intriguing," Karimo said. "When I first started out it was more about the excitement in the faces of the people that were dancing. It just looked like so much fun."

Now, after 22 years of dancing, he loves seeing people's reactions to him perform.

"People hear music. With dance, you see music, so my dance would be the portraiture of the music I'm dancing to."

Karimo performs Afro beats. It's a traditional form of dancing that's been modernized to make it more relatable in the Western world. He also teaches it to others.