Crystal McGregor remembered as wife, mother, teacher and U of R basketball star 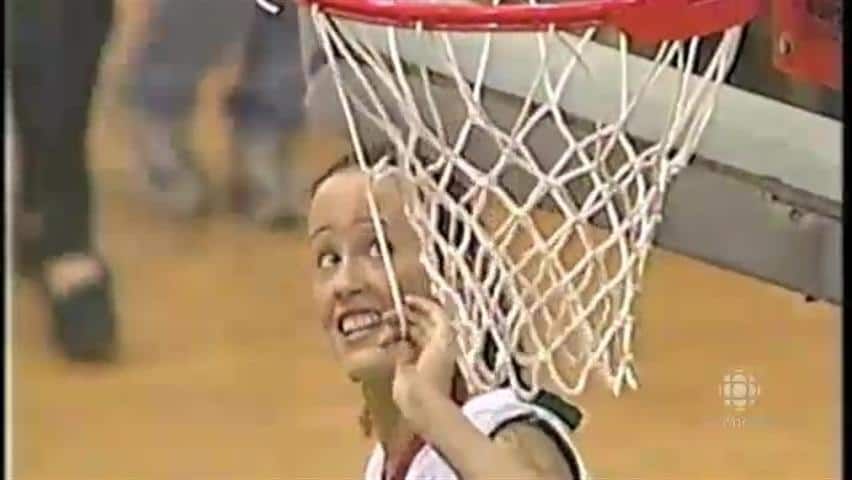 The University of Regina Cougars basketball team is mourning the death of one of their own former stars.

Her husband, Paul McGregor, said she fought a brave and inspiring fight against cancer for close to two years.

She was first diagnosed with cervical cancer while still pregnant with her son, Zayden, in 2012. She began radiation therapy just weeks after he was born and went into a brief remission before the cancer returned the following year.

She spent her life teaching others. After university, she taught in Regina at MacNeill Elementary School and coached the school’s basketball team.

McGregor said she taught him the meaning of true love and her friends about courage and grace.

“She’s been an inspiration to so many others. She faced every challenge she had with courage, determination — just like she’s approached everything in her life,” he said.

An accomplished basketball player, McGregor, then known as Crystal Heisler, played guard for the University of Regina Cougars women’s basketball team from 1996 to 2002.

In 2001, she was an integral part of the team that brought the University of Regina its first national championship win.

Over the past two years, as she continued to fight cancer with hope and a smile, her family, friends and former teammates mobilized with multiple fundraisers to help her family, including her two children: Aija aged eight, and two-year-old Zayden.

“The support that she has received is humbling beyond any words that I could possibly express. She is loved by so many and she will always be loved,” McGregor said.

She also adored her children and never wasted a moment that she had with them, he said.

Her basketball legacy lives on in her daughter, Aija, who has already taken up the sport.

McGregor will be laid to rest on May 26 after a service at the Conexus Arts Centre.

With files from the CBC's Adrian Cheung