Saskatchewan's incoming health minister says people have a right to protest the government's mandatory mask mandate as long as they stick to the public health rules. 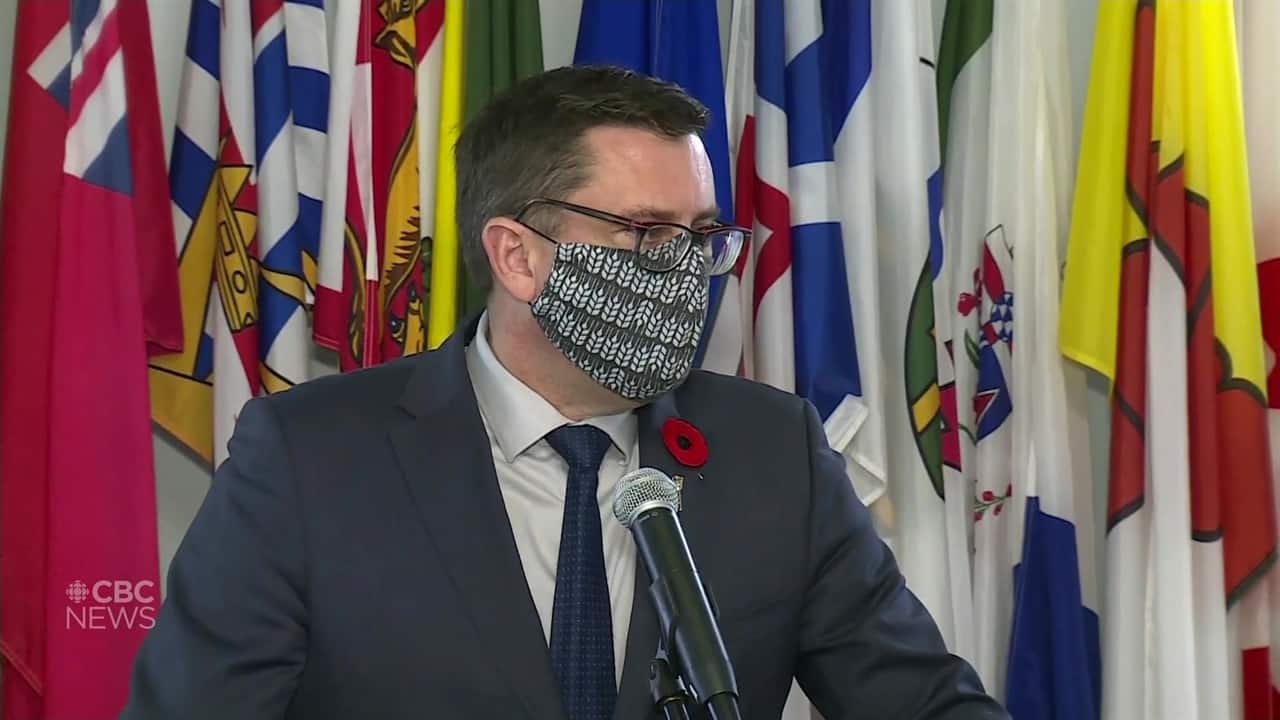 2 months agoVideo
2:19
Paul Merriman says it's OK if people protest as long as they stick to public health rules. In Regina, Saskatoon and Prince Albert, those rules include wearing masks in public indoor spaces. 2:19

Saskatchewan's incoming health minister says people have a right to protest the government's mandatory mask mandate as long as they stick to the public health rules.

Paul Merriman was moved to Health from Social Services in a cabinet shuffle Monday and said he was to be briefed on the province's COVID-19 situation right away.

Saskatchewan set another single-day record with 190 new cases Monday. It began surpassing the triple-digit mark for new daily infections last week and there were more than 1,200 active cases provincewide on Monday.

To combat the spread, masks were recently made mandatory in indoor public spaces in Regina, Saskatoon and Prince Albert. Household gatherings were also limited to 10 people and restrictions were put in place on serving alcohol in nightclubs in Saskatoon.

Over the weekend, it was reported that a demonstration took place at a Saskatoon mall where a group of people not wearing masks protested mandatory face coverings.

"It's people's right to protest. If they want to protest, that's something — as long as they're doing it adhering to the public-health rules, which are staying six feet apart, masking," Merriman said on Monday.

He clarified he's not comfortable with groups sending messages that go against public-health advice and that residents should listen to officials to keep themselves safe.

Merriman said the recent rise in COVID-19 cases is still manageable for the province's health-care system, as there are only a small number of people in hospital. Officials said 37 people were in hospital Monday, with eight of them receiving intensive care.

Merriman said the government has a field hospital ready if capacity becomes an issue.

Premier Scott Moe said Monday before the new cases were announced there are no further restrictions being considered to slow the spread of the novel coronavirus.

He said making sure the province is prepared for the future arrival of a vaccine is one of his government's priorities.