The province of Saskatchewan will soon be receiving a steady supply of COVID-19 vaccines, which will allow people to get inoculated at a quicker rate, according to Health Minister Paul Merriman.

'Hopefully by September, we can come out of the pandemic,' following broad vaccination: chief health officer

Saskatchewan's health minister says the province will receive 30,000 more doses of the COVID-19 vaccine this month.

Starting on Jan. 11, the province will get 6,800 doses of the Pfizer-BioNTech vaccine each week throughout January, Paul Merriman said Wednesday. Another 5,300 doses of the Moderna vaccine will arrive later in the month, with shipments occurring biweekly.

Saskatchewan has previously received 13,675 vaccine doses, with 4,524 administered as of Wednesday.

The government is reserving Saskatchewan's Moderna vaccines for the province's remote areas. That vaccine does not have to be stored at the extremely cold temperatures the Pfizer-BioNTech vaccine requires, which means it's easier to transport.

As of Wednesday, 48 Moderna doses have been administered to vulnerable populations and health-care workers in the province's far northwest and far north central zones.

Moving forward, the Moderna vaccine will continue to be reserved for the province's three far north regions, and the far east zone, which includes Melfort, Merriman said.

"We will keep backfilling up into the northern and remote communities as required," the health minister told reporters at a Wednesday press conference.

"But we want to see how things go up in the north first just because of the geographical logistical challenges."

Push to vaccinate as many as possible

With about 68 per cent of the province's doses remaining in freezers, the province says it is changing course in how it delivers the vaccine during Phase 1 of its distribution plan.

Because both the Pfizer-BioNTech and Moderna vaccines require two doses, delivered weeks apart, for maximum efficiency, Merriman says that during the pilot phase of the plan, the province aimed to hold second doses of the vaccine in reserve.

"Going forward we will no longer be doing that," Merriman said Wednesday. "We're ready to deliver the vaccines to Saskatchewan residents as quickly as we receive it." 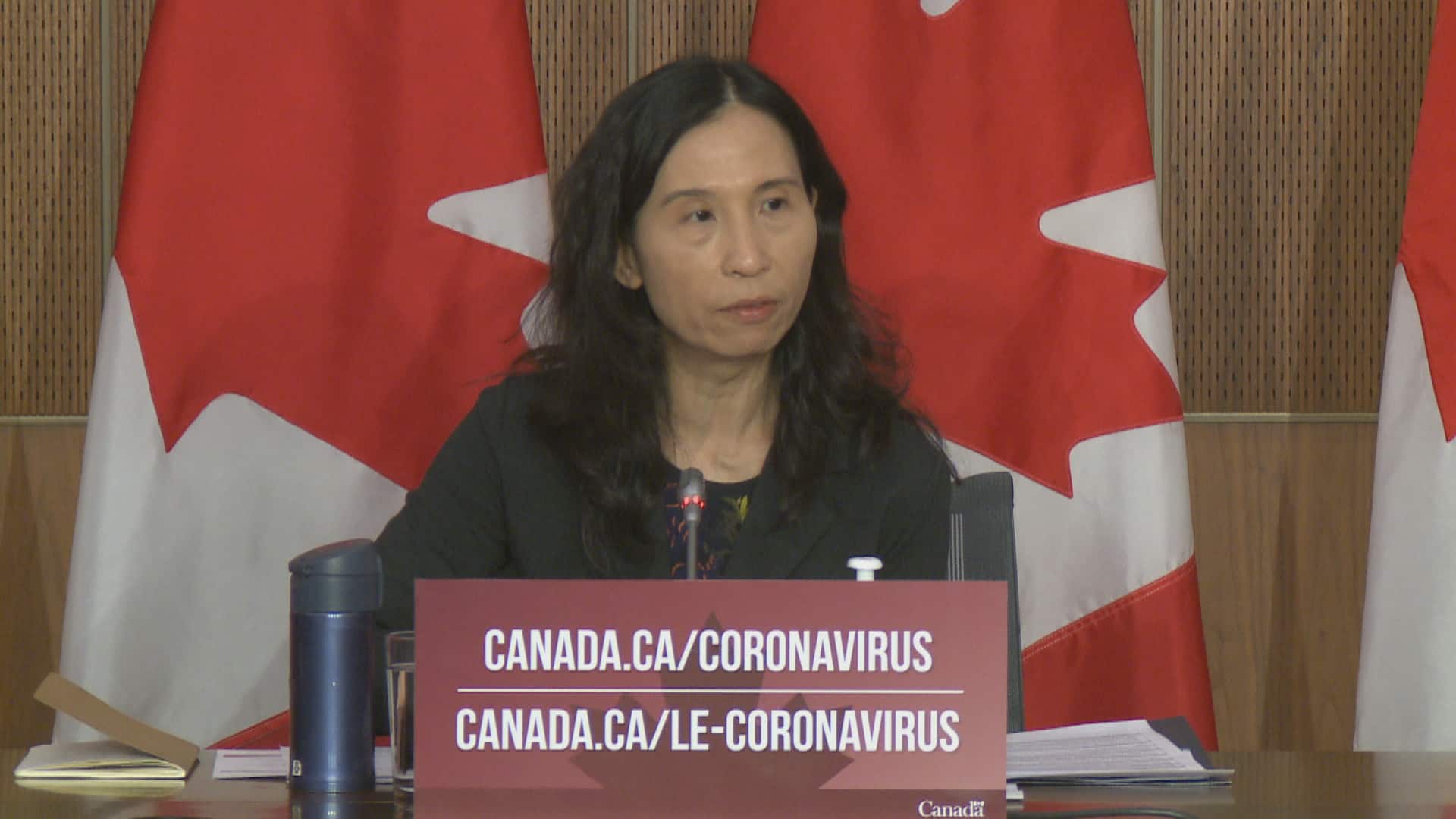 "Canada is committed to a two-dose vaccine regimen": Tam

2 months ago
1:19
Chief Public Health Officer Dr. Theresa Tam assures viewers that two doses of the Moderna and Pfizer-BioNTech vaccines will be given. 1:19

Merriman says the pilot phase of the program is nearing completion, adding that nearly 100 per cent of health-care workers picked for the pilot have received their first dose. This week, they will begin receiving their second shots.

Phase 1 of the distribution plan will prioritize vaccination for health-care workers and providers, long-term care residents and staff, and vulnerable populations in the province's north.

The province is still determining who will be next on the priority list.

Depending on how many doses are procured for Saskatchewan, the province's chief medical health officer is hoping the general population will begin getting immunized in the spring.

"It would likely happen as late as May and June and then July," Dr. Saqib Shahab said.

Until then, he's encouraging the public to help keep community transmission low.

"None of these vaccines are manufactured in Canada. So there's lots of issues that can happen on the way.

"And that is exactly why we have to practise all these public health measures, at least till mid-June and until the vaccination really picks up to address the broader population," Shahab said.

"And then hopefully by September, we can come out of the pandemic."

He added the health-care system currently has the capacity to deliver vaccines on a larger scale. He says during the flu season, 80,000 vaccines are administered a week.