It's been rumoured for weeks and now it's confirmed — Corner Gas, the movie, starts shooting in Saskatchewan next month.

Rouleau, Sask. will once again appear as fictional Dog River 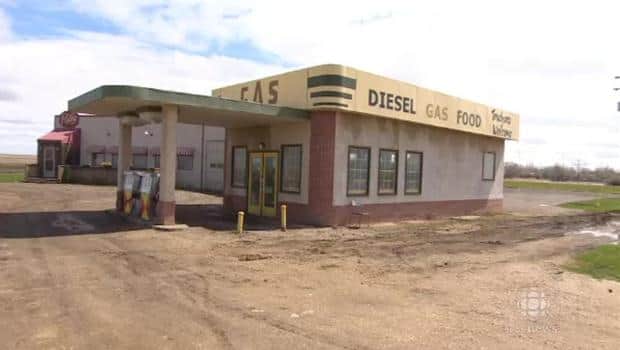 It's been rumoured for weeks and now it's confirmed — Corner Gas the movie starts shooting in Saskatchewan next month.

On Tuesday, producers said filming of a 90-minute feature will begin June 23 in Rouleau, Sask., the town that had previously been used in the show as the fictional Dog River.

"Y'know, right from the time that I decided it was time to wrap up the TV show, I always knew that I wanted to come back one more time," Butt told CBC News. "I always thought it would be great if we could get together one more time and do a movie."

The movie will hit an undetermined number of theatres in December before being broadcast on TV and eventually released as a collector's DVD.

There isn't much information on the story, but producers say the show will pick up five years later. Butt said it would deal with a town fighting for survival.

Crews from Ontario and Saskatchewan will work on the show.

A Kickstarter campaign has been launched in connection with the movie, although the film production itself is already financed. The funds raised through Kickstarter will earn backers special rewards.

It's one of the biggest movie announcements in Saskatchewan since the provincial government ended its film tax credit program in 2012.

At the time, people working in film and television in Saskatchewan predicted the loss of the subsidy would devastate the industry.

The Corner Gas movie is getting financed by Bell Media and Telefilm Canada, but also from Tourism Saskatchewan, Creative Saskatchewan, Cineplex, the Canada Media Fund and the Ontario Film Tax Credit.

The movie has a budget of $8.5 million. About $2 million of that will come from the Saskatchewan government.