An independent investigation into the Colten Boushie case will take a closer look at the way RCMP dealt with the young man's shooting death.

An independent investigation into the Colten Boushie case will take a closer look at the way RCMP dealt with the young man's shooting death.

Boushie, 22, was shot by Gerald Stanley near Biggar, Sask., on Aug. 9, 2016, when he and four other young people from the Red Pheasant Cree Nation reserve drove onto Stanley's rural property in an SUV.

A jury found Stanley not guilty of second-degree murder on Feb. 9.

The Civilian Review and Complaints Commission for the RCMP, which is an agency of the federal government, announced Tuesday that it will review how the Battleford RCMP detachment dealt with the Boushie investigation.

The commission's acting chairperson Guy Bujold has initiated a complaint process regarding the investigation of Boushie's death and the events that followed, including the notification of family, the search of his mother Debbie Baptiste's home and the circulation of media releases regarding the case.

The commission will investigate the conduct of officers and whether their actions followed RCMP policy, practice and training.

It will also consider whether the conduct of the officers involved amounted to racial discrimination.

The Saskatchewan RCMP said it supports the review process and plans to fully co-operate with the investigation.

"Maintaining public trust and confidence is critical to providing an effective police service. We look forward to the process addressing any uncertainty or outstanding questions regarding our role in this matter," a Saskatchewan RCMP spokesperson said in an emailed statement.

The commission will make findings and recommendations to address any deficiencies in member  conduct, RCMP policies, procedures, training and guidelines.

"In the course of our review and our ongoing monitoring of events related to this tragic incident, it has become apparent that additional matters related to the conduct of RCMP members involved need to be examined," said Bujold in a statement.

The RCMP completed an investigation of its own, which was appealed by the family.

"We owe it to the family and the community and Canadians at large to ensure that we do an investigation that actually examines how this tragic event occurred and to learn so that we can change, if change is necessary, things that will make policing better, that will enhance confidence of Canadians in how the RCMP conducts itself," Bujold told CBC News.

Bujold said investigations by the commission can take months, or even longer.

'I think race did play a role' 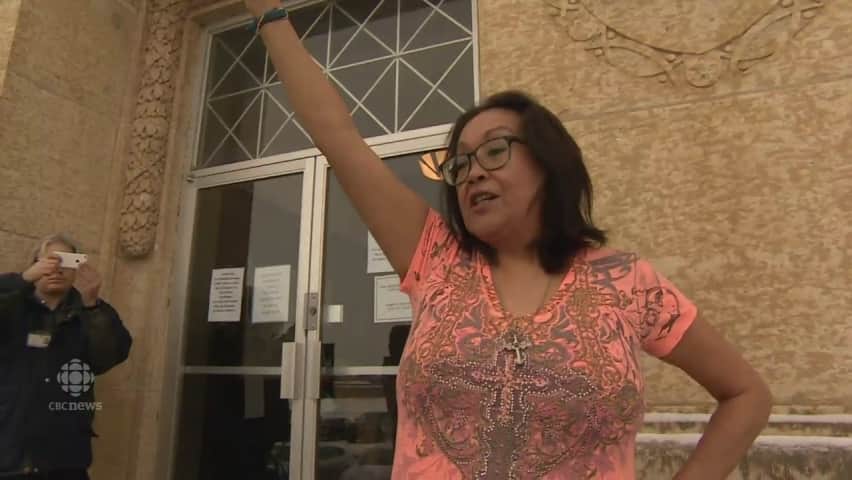 Boushie's uncle Alvin Baptiste filed a complaint with the RCMP in 2016 and in January of this year the complaint was referred to the commission for review. The family said they were treated like criminals when they were informed Boushie had been killed.

"I think race did play a role, and I'm very interested to learn how the [commission] is going to be investigating that point," said the family's lawyer, Chris Murphy.

"I've always believed that if I had been shot and killed that the RCMP would not be coming through my house and searching it," Murphy said.

"I think this investigation that the commission is going to undertake will ultimately make the situation in Canada better."

"The way they treated my sister wasn't right," he said. "Her whole world collapsed right there, she was in shock. She couldn't believe her son was dead. They didn't provide any comfort.

"They just looked for whatever they were looking for and they left. It's inhumane to treat somebody like that."

Baptiste alleged the RCMP wasn't fair in their investigation.

"I knew right away this wasn't right, the way they did the investigation," he said. "Right from the get go, they looked at it more as a theft or a home invasion or a robbery. They never bothered to even look at it as a homicide at all.

"They looked at it like Gerald Stanley was the victim."

While Baptiste said he is still waiting to hear if there will be an appeal in the case, he has high hopes.

"We're finally going to be heard. And there's the possibility of even getting justice where we can start healing and moving on with our lives, that we did get justice, that Colten didn't die in vain," Baptiste said. "I have a feeling the justice system is going to change, but it's going to take time."

Stanley's high-profile trial gained attention across Canada, and both federal Justice Minister Jody Wilson-Raybould and Prime Minister Justin Trudeau acknowledged the verdict on social media when it was announced.

Activists and allies in the First Nations community have spoken out, calling the ruling an injustice. Marches were held in support of Boushie's family in cities across Canada in the week following the jury's verdict.

"There has to be a huge change in the way policing in Canada is done, in the way First Nations are treated," said  Federation of Saskatchewan Indian Nations Vice-Chief Kimberly Jonathan after the review announcement.

With files from Charles Hamilton and Olivia Stefanovich