An intense windstorm left drivers across the province stranded as high winds and blowing snow made travel nearly impossible.

Many highways closed across Sask. due to blowing winds, heavy snow

An intense windstorm left drivers across the province stranded as high winds and blowing snow made travel nearly impossible.

On Thursday morning, many highways across Saskatchewan were closed due to unsafe conditions. Notable closures include most of the Trans-Canada Highway from Moose Jaw through Regina to Whitewood, as well as Highway 11 from Regina to Davidson.

By noon, most highways had been reopened, although travel was not recommended on several roads around Regina and Saskatoon.

As of 6 a.m., Environment Canada said a blizzard warning was in place for Fort Qu'Appelle, Moosomin, Yorkton and Estevan. Strong winds of more than 90 km/h hammered the province, creating near-zero visibility on the road.

At midnight, wind gusts in Regina were recorded at 126 km/h. 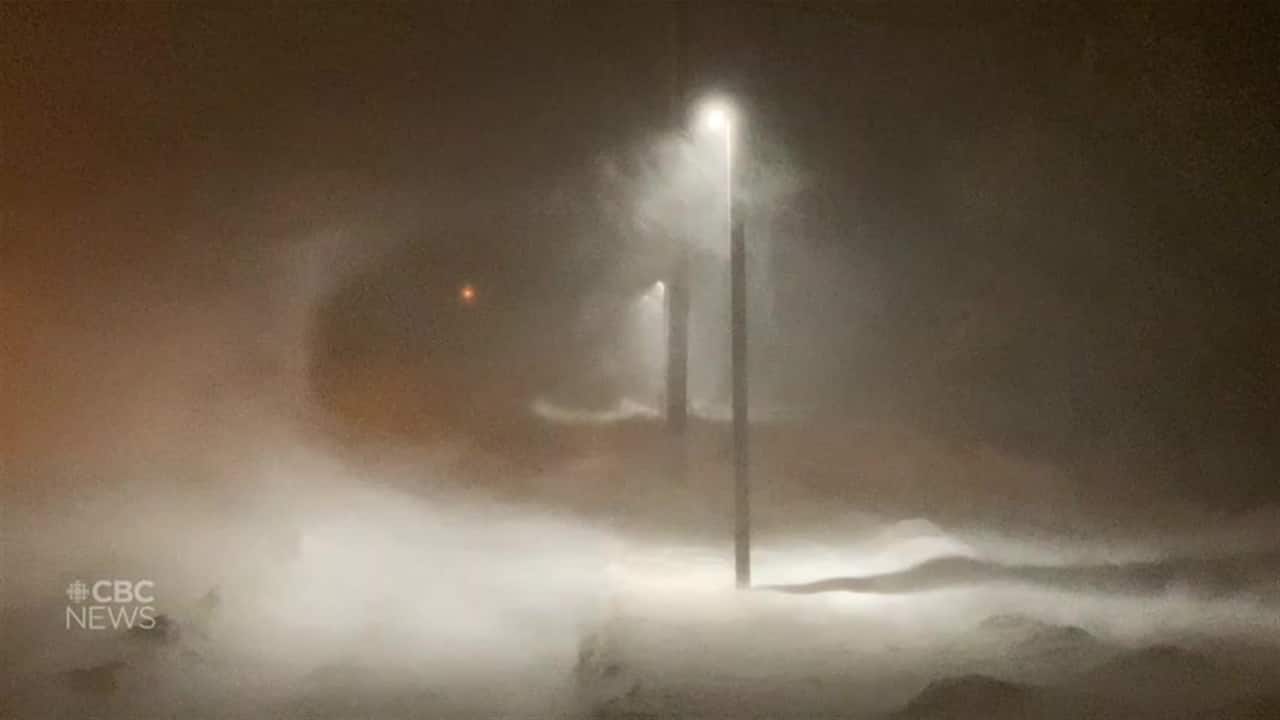 2 days agoVideo
4:25
A winter storm hit southern Saskatchewan last night and our videographers were out when it hit the Regina area 4:25

One man, Jeremy Zens, spent the night stranded in his truck on the Regina Bypass while driving home to his acreage from work at around 11 p.m.

"The wind was so strong. When my vehicle was in park, it was pushing me all the way to the other side of the lane on the highway part."

Zens decided to wait out the storm. As of 6 a.m., he was still stranded.

"I've got almost half a tank of gas, got some tunes, got the heat going," he said.

"I've been checking the exhaust pipe every 45 minutes, making sure it's all clear.… I'm going to be tired, though!"

The provincial Ministry of Highways warned people to not venture out onto highways that were still deemed dangerous.

Buildings in both Regina and Saskatoon sustained damage during the storm. In Regina, the pedway across 11th Avenue had been damaged, as well as broken windows at the Regina Floral Conservatory.

The City of Regina had received 75 calls for tree-related damage across the city, including four trees that had completely fallen.

The City of Saskatoon said it had sent out 18 sanders and nine plows to clear streets Thursday morning. Crews will focus on sanding high-traffic streets, bridge decks and high-risk intersections later in the day.

According to a news release from SaskPower, roughly 80,000 customers were without power in more than 100 communities across the province.

SaskPower was reporting a number of power outages, including the White City and Fort Qu'Appelle areas, the far southwest corner of the province including Eastend and Consul and, further north, parts of Warman, Martensville, Spiritwood, Emma Lake and Buffalo Narrows.

The Prairie Valley School Division, which covers areas around Regina, has closed schools for the day.

The Conseil des écoles fransaskoises cancelled bus service for many of its schools Thursday morning, including both francophone schools in Saskatoon, and all schools in Regina, Bellevue, and Ponteix. The schools remain open.

Greater Saskatoon Catholic Schools cancelled its buses for students being bussed to Martensville and Warman this morning,

Regina Public Schools said buses for students would be running, although the school division warned students to bundle up and stay safe on the ice.