Reflections on Black Prairie life: The good, the bad and the esoteric

We asked 15 people to share their stories about life on the Prairies as Black folks. Their answers challenged the idea of a singular Black Prairie experience. 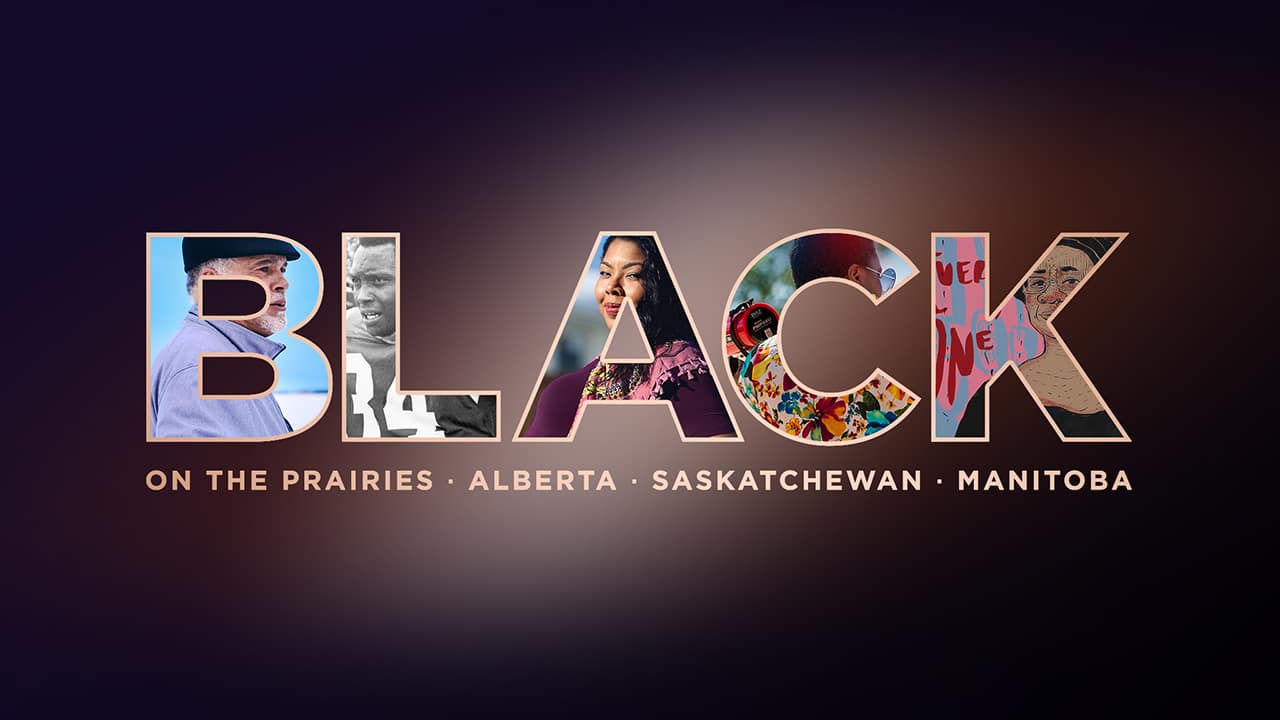 What is the Black Prairie experience?

Throughout the Black on the Prairies project, we've explored dozens of stories about people marked by migration, people with intersecting identities, trailblazers, musicians, organizers, designers, parents and many more.

But no one project can ever encompass the full spectrum of the Black experience on the Prairies.

We asked 15 people to share their stories about life on the Prairies as Black folks. Their answers, like this project, challenged the idea of a singular Black Prairie experience.

There are common themes — the breathtaking delight of the Prairie sky, the constant heavy burden of systemic racism — but there are also contradictions, demonstrating the push and pull of claiming the Prairies as "home."

Meet the people who shared their stories as part of our audio exploration of Black Prairie life and read a snippet of their reflections.

Responses have been edited for length and clarity.

'Someone gave us some moose meat'

Within the second week moving here from Jamaica to Yorkton, someone gave us some moose meat. It was just a gift, genuinely a gift. I remember it was ground moose meat, and also, I think, sausages.

We cooked it up and it was a pretty good meal. We added our own Jamaican flavour to it, some spices and seasoning. Within the first bite, my experience was like, only in Saskatchewan.

[The] majority of the people in this town are white and they're not really the type of white people to want to sit down and talk about racism with you. They're kind of like, "let's not get too political." The weather is a safer topic. The weather, canola farmers, wheat farmers, whatever else, safe topics.

The minute you bring up racism, they kind of just go into a panic mode. The ability to talk about issues that affect you, I think helps to create a connection to a community. When you cannot talk about these things or just feel like it's being overlooked or not even mentioned, then you do feel that sense of disconnect, like I just got to keep this one to myself.

'You felt almost as though perhaps you shouldn't be here'

For all of my abiding love of the snow, and of my various communities that I belonged to as a child, I did feel a little bit deracinated in a sense. I think that this played into this idea of not having a larger sense of a Black presence or Black history in the province where I was growing up. You felt almost as though perhaps you shouldn't be there — that's the sense you get — or that there is no precedent for you and therefore you feel maybe a little bit out of place.

'I don't feel that connected to a Black community in Edmonton'

Alberta is home for me. I've lived here all my life and am a fourth-generation Albertan. My people come from Amber Valley.

I don't feel that connected to a Black community in Edmonton. A lot of my Black friends know where they're from, and so they have like a Jamaican community, or a Nigerian community, and they have places and things. I don't have that and I don't know what that is.

So I do feel a little disconnected in that sense. It's tough. I have yet to find that circle. I'd love one. If you have an address or a Facebook group that will accept this homeless Black man, let me know, because I just want to make some friends.

For the longest time, and still to this day to be honest, one of the things that really agitates me is when people, white people specifically, express shock that "Oh my god, I can't believe you're from here," like, "you weren't born anywhere else."

Firstly, people can be born anywhere in the world, as evidenced by humans. There's a specific, willful, dangerous ignorance that is grasped onto and held onto when white people insist that there are no Black people here or that we are all imports. It contributes to them forgetting that they are not the original caretakers of the land, and not only that, [but also] the way in which they have participated and continue to participate in the destruction of the land.

As somebody who is both Black and Cree, but who is phenotypically Black, I often feel connected and disconnected at the same time.

The majority of my family on my dad's side is still on a reserve in northern Saskatchewan. So I feel connected in the sense that I'm around relatives, I'm around people I'm related to, but at the same time, being somebody who is read all the time as Black, I feel like I can't really relate to my non-Black Indigenous family here.

'We have the most beautiful sky'

We have the most beautiful sky. When I went to New York, if you wanted to see the sky, you had to actually put your head up and look up over the buildings. But in Edmonton, you can be walking straight ahead and you can see the sky without lifting your head. It's so beautiful.

I think of Winnipeg, of the Prairies, like my little sister. I can make fun of her all I want, I can be angry at her all I want. But if you try that? You're gonna have troubles with me.

'I've never been held back by the colour of my skin'

I was elected the first Black city councillor in Manitoba's history, in Winnipeg's history, thereby being appointed as deputy mayor of the City of Winnipeg. For me, if there is an opportunity that's out there that you're willing to work for, it can be achieved.

I've never been held back by the colour of my skin or thought that I can't achieve something because of the colour of my skin. I just worked hard to achieve it. I may have had to work harder than others, but as I've indicated, it's something that is achievable. If there are individuals out there that aspire to political office or to be the president of their own business or company, it is achievable here on the Prairies.

'Most of the time there's an unease about doing life here'

I think Black life on the Prairies in the future will look a lot more like freedom. Freedom to exist fully in this part of the world, freedom to own the air that we breathe, to own the ground that we stand on, to own our existence. I think the more that happens, the more Blackness in the Prairies transforms. I also think that the more stories are told of what Blackness on the Prairies has looked like in the past, the more we know those stories, the more we'll be connected to this land and connected to those that came before us and just find our way.

I often find in my interactions with Black people on the Prairies, most of the time there's an unease about doing life here. It's almost as if people still, on some level of consciousness, are asking for permission just to be, just to exist here.

At a certain point, I realized that I had to leave the Prairies if I wanted to be a full human being, and that if I continued to be there, there was sort of a psychological place and a social place that I might occupy that really wouldn't allow me to flourish as a human being and to really become the person that I could become and do the things that I wanted to do.

This was because of the racism and also because of the numbers of Black people that were there. They were more limited numbers and they were so spread out. I would hope that there would be more of a possibility for that to change in the future.

'We weren't really raised to be proud of our ethnicity'

Things weren't talked about. I felt there was not really a culture growing up and something to identify to. Me and my sister, I find we weren't really raised to be proud of our ethnicity.

We felt a lot of shame with [skin] colour. The hair, the "good" hair, the nappy hair, kinky [hair] — all of that was always in the mix. Skin colour was talked about a lot, [facial] features, those sort of things. So for me, I didn't really know what I was.

'I really wanted to be white, I'll just say that straight up'

I really wanted to be white, I'll just say that straight up.

'I grew up in the Jamaican Association, and that was beautiful'

I grew up in the Jamaican Association, and that was beautiful. We had dance classes every Saturday. This is where I met people who I still know today. My mom used to sing in the choir along with a lot of Prairie Jamaicans. Their mothers were on the choir as well.

Jam Hall has been a place of solace for many years, where I could go as a youth and learn about my mother's culture, about my culture, about things that I would not be able to experience because I am in the Prairies.

'How will things change? … More ties with the various First Nations looking for sovereignty'

How will things change? More immigrants, more people with the skin colour knowing our history, our varied history, and to have it being accepted. More ties with the various First Nations looking for sovereignty or forging paths on what "here" should look like. More partnerships. More allyships.