After moving back to the province during the pandemic, Quill Lake, Sask.'s Courtney Odelein decided to bring Army of Sass Performing and Training Group to Regina to prove that dance is for everyone.

A Saskatchewan woman wants to empower others by helping them feel more sassy while wearing a pair of heels.

Courtney Odelein is a professional dancer originally from Quill Lake, Sask. After moving back to the province during the pandemic, she decided to bring Army of Sass Performing and Training Group to Regina to prove that dance is for every body.

"As cheesy as it sounds, Army of Sass really is a place where dance, community and empowerment come together," Odelein said.

"It's silly how much a heels dance class can really change the way you look at yourself and talk to yourself in the mirror."

Odelein has worked as a professional dancer for 12 years.

"The industry is very cut-throat, and I am a very curvy girl. I love my curves. But in an industry that doesn't celebrate any of that, I was always told, 'You're an amazing dancer, we want to book you. But the costume is a size four,'" Odelein said.

She said when she was about 19 years old, the CEO and founder of Army of Sass Carla Catherwood picked her out of a class.

"She was like, 'You're fearless.' And I was like, 'Really? I've been told for the last 10 auditions that I'm not good enough.'" Odelein said. "She didn't see any extra jiggle. She didn't see pounds that needed to be off. She saw somebody who loved dance."

Courtney Glover said she joined Army of Sass without any previous dance experience.

Glover said she didn't speak to Odelein at all when she first started taking her classes, but every week she could feel herself changing as a person.

"I just became so much more comfortable with who I was as a person, in my body, in the way I expressed. You don't do anything for anyone else. You do it all for yourself and you really learn to love yourself through that," said Glover.

Odelein noticed the change in Glover too.

"It's been amazing watching her go from, when I first met her, not really talking, not saying anything, holding herself very inwards," she said.

Eventually Odelein started asking Glover to come centre stage for a solo in front of the class.

"She looked me right in the eyes like, 'I'm here.' Her journey to self-love and self-empowerment and joy through dance has been so incredible to watch," Odelein said.

Both women say that the heels dance class has changed the way they walk in the world, outside of the dance studio.

"I stopped competing with other people for jobs, for recognition, for attention, and I started celebrating myself, and that attracted other people that wanted to celebrate themselves," said Odelein.

Army of Sass Regina is hosting a fundraiser Sept. 13 to support the Regina YWCA Shelters for women and children. It's happening at 4 p.m. CST at Martin's School of Dance. You can donate whatever money you can, with all funds going toward the YWCA.

"You should leave being a little more sparkly than when you came in," said Odelein. 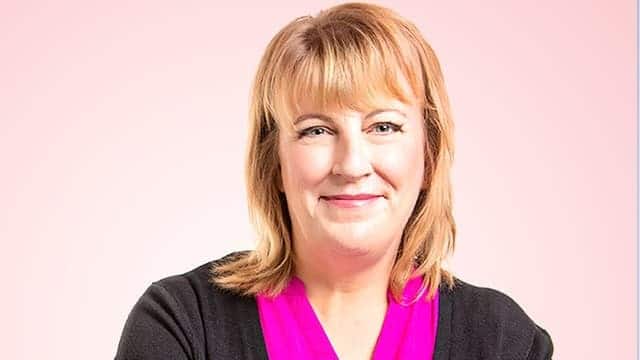 The Morning Edition - Sask8:52Regina Army of Sass dance class aims to prove dance is for every body
How do you feel when you put on a pair of heels? Do you wince in pain -- even at the thought of it? Or do you stand a little taller... literally AND metaphorically? One Saskatchewan woman wants to help you feel more sassy while you're wearing heels, and even when you're not. The Morning Edition stopped by an Army of Sass dance class to find out more. 8:52

Joelle Seal is an Associate Producer in Current Affairs for CBC Saskatchewan. Get in touch with her by emailing joelle.seal@cbc.ca or on Twitter @joelleseal.

With files from CBC Radio One's The Morning Edition