Premier Scott Moe spread his focus this week, reacting not only to COVID news, but also to political decisions by U.S. President Joe Biden and Regina city councillors.

From lighting firecrackers to threats of pulling funds to Regina, Moe has been busy

Saskatchewan residents may have only seen Premier Scott Moe once this week, but they no doubt heard him weigh in on everything from pipelines to civic politics to, of course, COVID-19.

For the second straight week, Saskatchewan led the country in per capita active cases. And this week it became the leader in the rate of cases over the past seven days.

On Thursday, Saskatchewan set a new high for COVID-19 deaths in one day with 13. On Friday, eight more people were added to the growing list. In 2021, 94 Saskatchewan residents have lost their lives.

Moe extended his condolences in a social media post Thursday, adding, "while case numbers continue to decrease and we continue to deliver the vaccine at a high rate, reporting the highest number of deaths in a single day is a sombre reminder of the need to reduce the spread of this deadly virus by following all public health orders and guidelines."

At the government's lone COVID-19 media conference on Tuesday, Moe pointed to a slight decrease in active cases as "very positive in where we are going."

Moe called the current measures, which expire next Friday, "significant" and did not hint at implementing stricter ones next week.

The news of vaccine manufacturer Pfizer not sending any doses to Canada next week rankled the premier.

Pfizer said the temporary slowdown to ship vaccines is due to efforts to boost production volumes and upgrade its plant in Belgium.

The federal government expects the deliveries to be disrupted for "two or three weeks" but anticipates the short-term slowdown will be made up for in February and March.

Near the end of the Tuesday news conference, Moe referenced comments made by Ontario Premier Doug Ford on what he would do if he were Prime Minister Justin Trudeau.

"I'd be up that guy's ying-yang so far with a firecracker he wouldn't know what hit him," said Ford.

Moe quoted Ford adding, "I would just say if the prime minister were able to do that there would be a lineup of premiers behind that would bring a lighter to that party."

NDP health critic Vicki Mowat said she shared Moe's sentiment of frustration but called his comment "disturbing" and "a poor choice of words."

Pfizer Canada declined to comment on the remarks of Moe and Ford.

After an initial slow rollout, Saskatchewan has ramped up its vaccinations.

On Friday, Moe tweeted the province leads others in percentage of vaccines administered and called on the federal government to "get us more vaccines more quickly."

4 months ago
0:24
Premier Scott Moe echoed similar comments made by Ontario Premier Doug Ford on Tuesday urging the federal government to light a firecracker under the “ying-yang” of someone at Pfizer in order to get more doses to Canada. 0:24

Moe is also asking the federal government to do more in response to a decision from new U.S. President Joe Biden.

In one of his first acts after taking office, Biden kept an election promise to stop the Keystone XL pipeline project.

The 1,897-kilometre pipeline would have carried 830,000 barrels of crude oil a day from the oilsands in Hardisty, Alta., to Nebraska, connecting to the original Keystone pipeline that runs to U.S. Gulf Coast refineries.

In 2015, the U.S. Senate approved a bill to build the pipeline, but one month later President Barack Obama vetoed the bill.

In 2019, President Donald Trump issued a permit to get the project off the ground. Last March, Alberta invested $1.5 billion in the project and, less than two months later, Biden promised to kill the project if elected.

Last Sunday, Moe released a statement as reports broke that indicated Biden would shut the project down.

"While I am urging the prime minister to leverage his relationship with Mr. Biden, Saskatchewan will continue exercising our contacts in Washington, D.C., to advocate for the continuation of this project that clearly benefits both of our nations," Moe wrote in a statement Sunday.

TC Energy, the pipeline owner, said the project would have created "$2.97 million in additional annual property taxes to municipalities along the pipeline right-of-way in Saskatchewan."

The pipeline would have run through the Saskatchewan RMs of Fox Valley, Piapot and Grassy Creek.

On Thursday, Moe posted another statement to social media calling on the federal government to intervene further, expressing concern about the potential of future pipeline projects.

"If the federal government is unwilling to further challenge the Biden administration's unilateral action to cancel this pipeline, will they stand with the advancement of future privately developed pipelines, or will they abandon the hardworking employees providing livelihoods for thousands of families in Western Canada?" Moe said.

President Biden’s Executive Order to cancel the Keystone XL pipeline expansion comes as a devastating blow to North American energy security. Will the Prime Minister stand for the future advancement of sustainable and innovative pipeline development? <br><br>Read my full statement: <a href="https://t.co/hxv22hkxjX">pic.twitter.com/hxv22hkxjX</a>

Prime Minister Trudeau and the federal government have stated their support for the pipeline project.

This week Trudeau called Biden's decision "a very difficult one for workers in Alberta and Saskatchewan."

He said he would raise the issue with Biden in their call Friday, although it seems unlikely Trudeau would sway Biden from undoing one of his first moves in office.

"At the very least, I call upon the government of Canada to press the U.S. administration to compensate TC Energy and the Government of Alberta for billions of dollars of costs incurred in the construction of Keystone XL to date," Kenney wrote in a letter to Trudeau.

It is fairly rare for a Saskatchewan premier to take on a city council for one of its decisions, but that happened this week as Moe took issue with an approved amendment at Regina's executive committee.

On Wednesday, the committee, made up of city councillors and the mayor, passed a motion to add fossil fuel producers and sellers to the list of companies banned from paying for naming rights on city buildings.

Mayor Sandra Masters was one of four who voted against the amendment.

Moe again took his frustrations to social media not long after the committee passed the motion.

He said if council were to approve the change next week his government would "seriously consider the future of sponsorships to the City of Regina from provincial energy companies like SaskEnergy and SaskPower."

The councillor who proposed the amendment, Dan LeBlanc said, "Mr. Moe should stay in his lane and stay out of municipal politics. Frankly, I would think he has bigger fish to fry with his handling of the COVID crisis."

It is possible the amendment as written will not receive the approval of council when it meets next Wednesday. 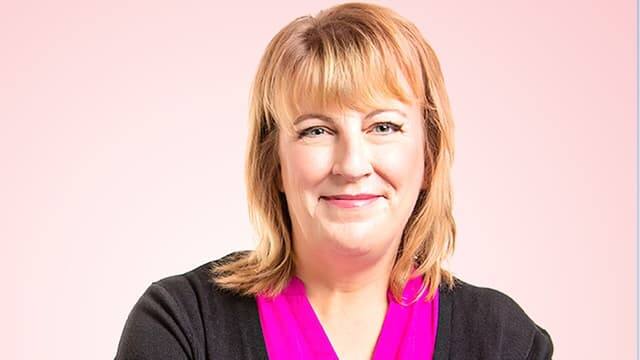 The Morning Edition - Sask8:31Political Panel Jan. 22 - Why is Premier Scott Moe angry at all other levels of government?
Our political panel - Adam Hunter for CBC Saskatchewan and Murray Mandryk with the Regina Leader Post - discuss why Saskatchewan Premier Scott Moe is mad at the federal government and the City of Regina despite having the worst Covid-19 cases in the country. 8:31