Regina bakery supplies pitas for all of Saskatchewan — and beyond

Amado’s Pita started off small, hawking their pitas at local farmers’ markets. Today, they make thousands of pitas a day to ship province-wide, including to big players like Extreme Pita and Pita Pit, and even to Alberta and Manitoba. 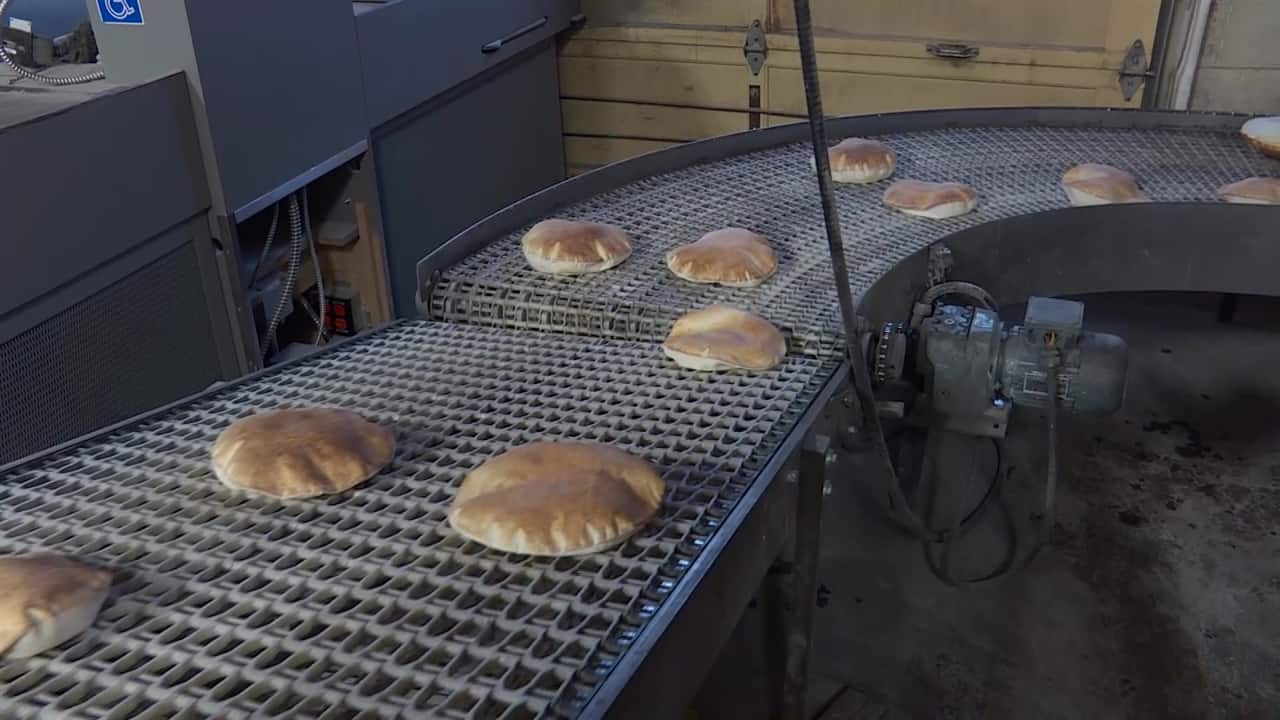 There was an extreme cold warning the day I went to visit Kamal Hammoud, owner of Amado's Pita in Regina, and it isn't just me the weather was disagreeing with.

Turns out pita — those delicate, pillowy bread pockets that cradle Middle Eastern and Mediterranean food — are sensitive to the city's wild fluctuations in temperature. Baking's been stressful as of late.

I asked Hammoud, a native of Beirut, Lebanon, where the temperature has been in the plus-teens the past week, how of all places he ended up in Regina.

"I was living in Montreal at the time and I came to visit some relatives that live here, and I got stuck in the ice," he said with a laugh.

Kidding aside, he saw a business opportunity: the city was devoid of Lebanese cuisine. So, in 2005, he opened a bakery, making traditional pita bread from scratch.

"Everybody says, 'This is the best pita I've ever tasted.'"

They started off small, hawking their pitas at local farmers' markets. Today, they make thousands of pitas a day to ship province-wide, including to big players like Extreme Pita and Pita Pit, and even to Alberta and Manitoba.

In 2014, Kamal expanded to include a Lebanese grocery store. A lot of his business comes from tradespeople in the industrial area where he's located, lining up to get filling shawarmas and lunch platters. The Syrian refugee population has also given him a boost.

"You know my country is so famous for its food and of course all of our recipes come from Lebanon," Hammoud said.

Hammoud and his wife, Nadia, developed the Amado's menu together, with advice from family and friends.

Freshness is truly the calling card of Lebanese cuisine. Whether in the herbal parsley, tomato and onion salad (tabbouleh), the creamy hummus, hot pink pickled turnips, the succulent grilled meat or the soft and stretchy pita bread, the food pops with unique colour, flavour and texture.

Hammoud's journey as an entrepreneur hasn't been easy. Saskatchewanians aren't particularly familiar with Lebanese cuisine — or at least weren't when Hammoud opened his business.

"The first seven or eight years, it was terrible. You start something, and you take a lot of risk, spend a lot on advertising. You have to teach the people. At the time when I came, there was no Lebanese community here," he said.

"I notice something here. All the people who visit Montreal? They know about Lebanese food."

His 15 years of doing business in Saskatchewan have been a little bit like catering to tourists.

But over time, Reginans have not only learned about Lebanese food but also about Amado's Pita. They've fallen in love with the place.

This means everything to him: the emotional connection people have to his cooking. Customers line up all the way to the front door at lunch. He overhears them talking about how happy they are to eat there, how his food makes them feel.

And that popularity makes him reluctant to change the menu.

"We never change. Always the same. And we don't want to change," he says, laughing. "Because, you know, our business keeps growing, with the same dishes – the ones we have."

That said, Hammoud has his sights set on expanding the business's offerings in other ways, such as adding a butcher counter and perhaps opening additional locations.