Aly Jenkins, a well-known Saskatchewan curler, died Sunday from complications that arose during the birth of her third child, Sydney. She was 30.

Infant in critical condition as sporting community rallies behind family

Aly Jenkins, a well-known Saskatchewan curler, died Sunday from complications that arose during the birth of her third child, Sydney. She was 30.

Sydney is currently in critical condition and has been placed in a neonatal intensive care unit according to a GoFundMe set up to support the family. As of late Tuesday afternoon, more than $84,000 has been raised.

As a curler, Jenkins competed at women's provincials two years in a row. She played lead for Team Sherry Anderson, which was one shot away from qualifying for the Scotties Tournament of Hearts in the 2018-19 season.

"[She was] a competitor who absolutely loved to compete and had a clear passion for our sport, just a happy person to be around, a fun person to play against," Howard said.

"She's someone who wanted to win, but she would beat you with a smile on her face."

Howard said it takes a ton of dedication as well as help from family and friends to achieve the kind of success Jenkins did, especially with two young children to care for.

Those who played alongside her said her passion for the sport could not be matched.

"She had the most incredible competitive spirit and like fierceness that I could ever describe," teammate and friend Rachel Fritzler told CBC News.

Another teammate, Nancy Martin, added: "She just brought it every time,"

Martin said she heard the same thing over and over when a few curlers gathered at the Nutana Curling Rink in Saskatoon to remember Jenkins — that her humour, her competitiveness and her passion for the game will be missed the most.

Martin said even as she was waiting for the arrival of her third child, Jenkins would message her with questions about a recent game or strategy on the ice.

Asked how the baby is doing, Fritzler said she's doing as well as could be expected given the circumstances.

"She's a little fighter," she said. "I think she gets that a lot from her mom."

Howard said the curling community has been overwhelmed with support in the wake of Jenkins's death.

Others are also throwing their support behind Jenkins's family.

"I don't think there's any easy way to deal with these kinds of things," said Chad Benko, who owns Synergy Strength, a CrossFit gym in Warman, Sask. —  Jenkins's hometown, about 20 kilometres north of Saskatoon — where she worked out.

"The only thing you can do, is you have support around you, from all different facets."

He said the gym is asking members to bring cash donations and frozen meals, toys for her kids or anything they feel would help the family in their time of need. A meal schedule is being created to prevent the family being inundated with food right from the start.

Dr. Jennifer Blake, chief executive of the Society of Obstetricians and Gynaecologists, said amniotic fluid embolism is a rare complication that can kill healthy young mothers. Fluid from the uterus gets into the maternal circulation and causes a complete collapse. Its cause is unknown and it is often fatal.

"It is an unforeseeable complication of pregnancy, and the only thing you can do if the mother collapses is to do the kinds of life support that you would do with an intensive care unit, trying to hope that that will get her through the crisis," Blake said.

"We really don't have any specific cure or remedy. It's really trying to keep the heart pumping and the blood circulated."

The Saskatchewan Health Authority said it will do a clinical review of Jenkins's death.

Blake said deaths during childbirth are rare in Canada, but increasing.

"They're increasing for a number of reasons. Mothers are older and have more medical issues," she said.

Blake said the U.K. and the United States have brought about surveillance systems to report preventable maternal deaths, but the same system doesn't exist in Canada.

She said maternal mortality is reported differently in different provinces, and the cases aren't collected and reviewed. She said the Society of Obstetricians and Gynaecologists is working to bring about a similar system.

"In countries that have systems like this, they have found that up to half of maternal deaths could be prevented," Blake said.

"In Canada right now, we don't have accurate data. The World Health Organization put the correction factor on our data, because it's not reliable."

Jenkins's funeral is scheduled for 2 p.m CST Sunday at the Brian King Centre in Warman. 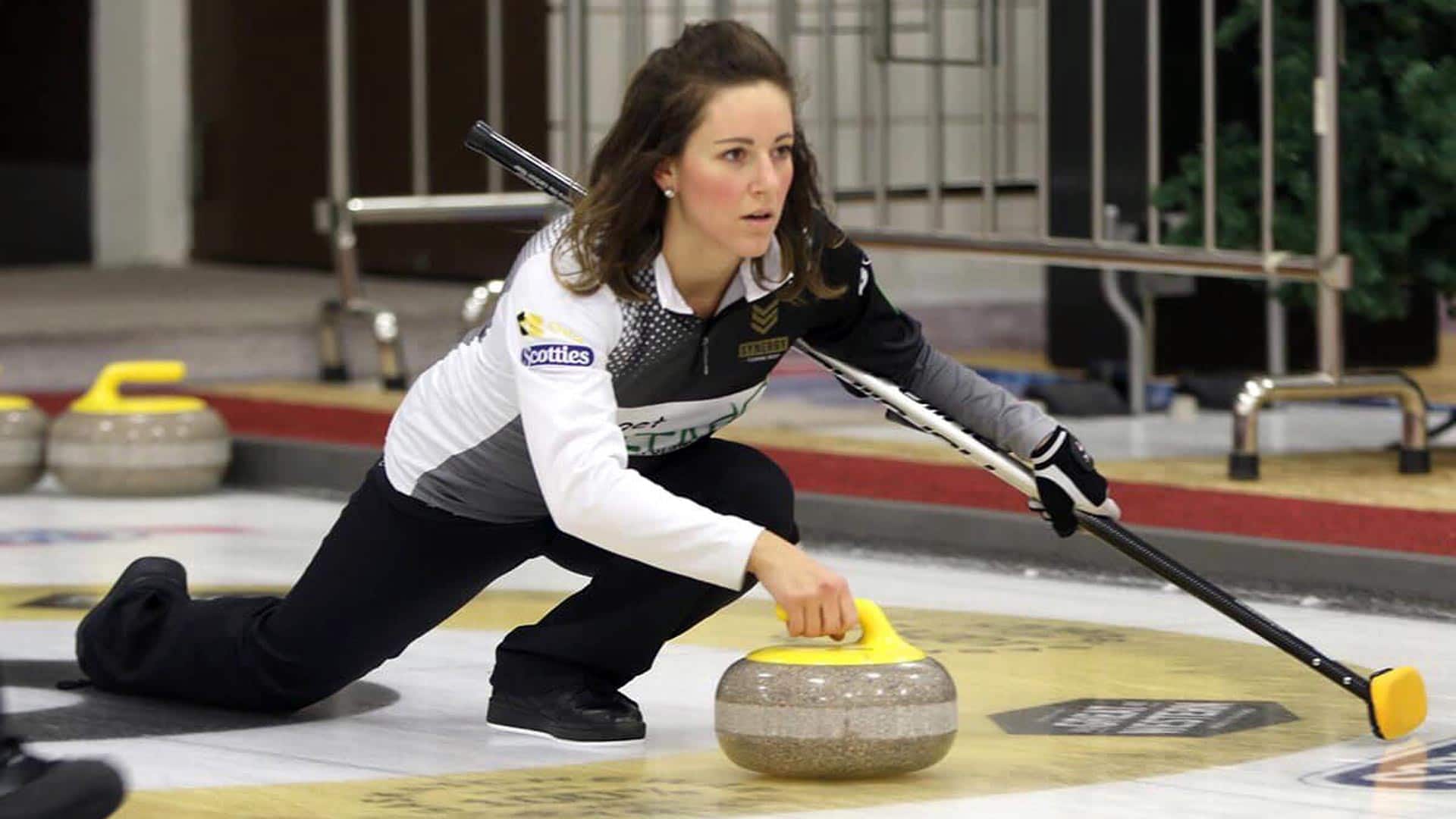 1 year agoVideo
1:47
Aly Jenkins, a prominent Saskatchewan curler, died after a rare complication during childbirth and the Society of Obstetricians and Gynaecologists of Canada say this highlights the need to track maternal deaths. 1:47

With files from Bonnie Allen and Vik Adhopia